I'm new to Blender and running against a deadline!

How can I create dynamically with nodes a texture made up by a video with pixels cut out using a checkerboard pattern. When I say cut out I mean leaving pixels with transparency there and other pixels with RGB colors from the video.

Just RGB colors have to became checkerboard-cut, no the transparent background. The video is RGBA.

I cannot use too much subsurf and particles because my GPU is dead now :( , and the only combination of video texture over plane + subsurf + explode + particles that suits my needs depends on this node-generated texture that improves critically the performance.

This is my goal:

One way is by using a node texture on top of the video texture to influence the alpha: 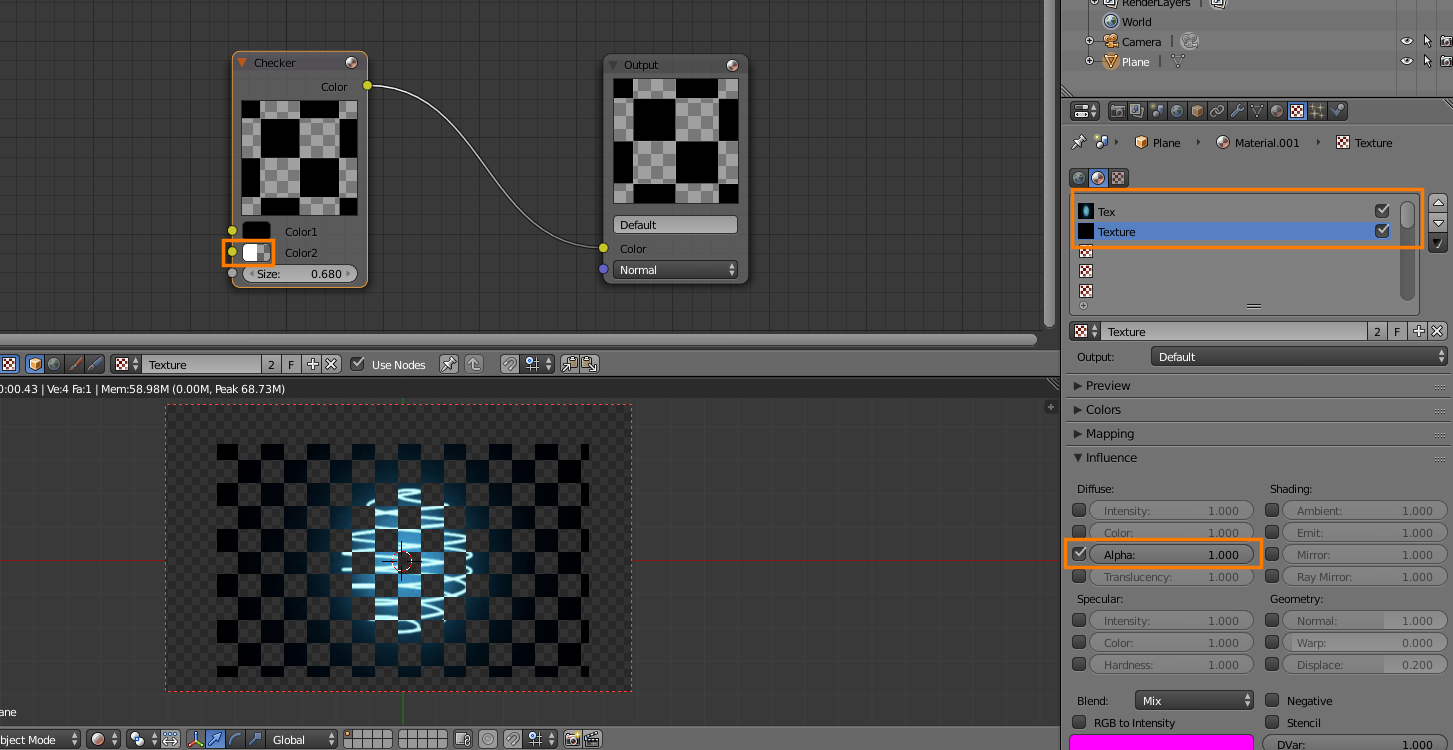 Note that the color input on the checker node has an alpha of 0 and the material has Mask alpha enabled.

In cycles this can be done with a material setup like this: 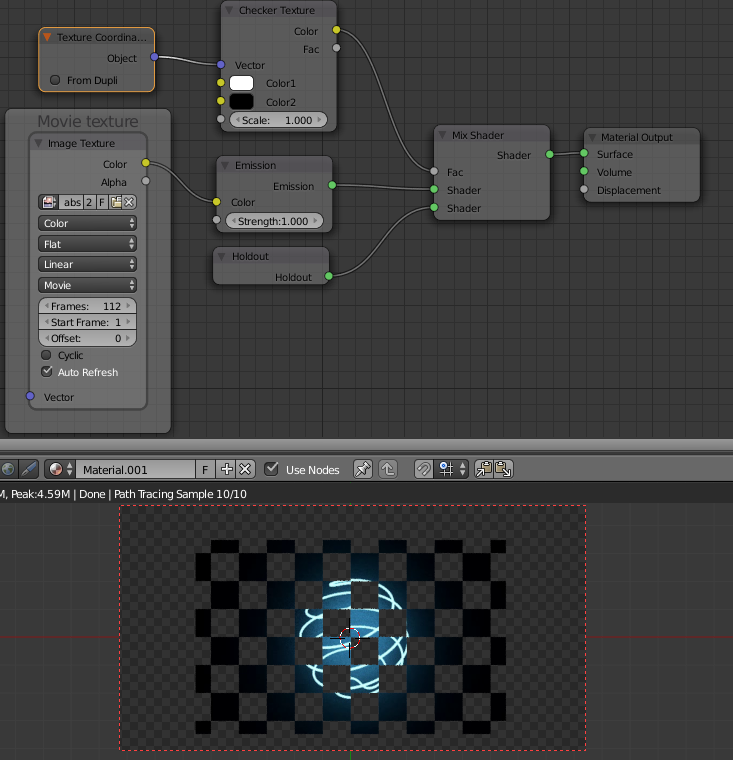 Not the answer you're looking for? Browse other questions tagged texturing blender-internal-render-engine video node-editor or ask your own question.

2
How to generate final texture image for complete designed scene
4
How to Mix Face Textures Across UV Edges
3
moving camera with HDRI environment texture image
0
Where did my texture go after selecting Use Nodes?
0
No option to use image as texture