How can I add mass to part of a cloth simulation?

I'm working on an animated scene with quite complex cloth simulation (2.83-2.90). Multiple characters and layers of clothing. The dress in the foreground is working perfectly now after much error and lots of trial. But I'd like to find a way to add more inertia/mass to the lower hem of vertices somehow, to give a sense of weight to the fringing along the bottom (this is created with particle hair btw).

I haven't tried stiffness scaling, as I don't want to change the stiffness of the cloth as such afaik. I thought about subdividing that part of the mesh, but this would likely mess up all the collsion/self-collision. Any thoughts anyone? Or do I just need to hope vertex group control is added someday? ;)

EDIT: I just discovered that this feature was implemented in 2006 Blender but later simplified/removed. Still wondering if there's a way to cheat this somehow.

from On what Cloth Simulation Model is Blender Cloth Physics Based? re: 2006 Blender:

Mass Scale Vertex Group : This vertex group allows the user to multiply the point mass by the influence/weight a vertice has in the vertex group. Thus parts of the cloth can have different weights making part of it appear wet or heavier for other reasons.

Mass Vertex Group : This vertex group allows the user to directly specify the weight of the vertices. The Scale parameter is used to adjust the results of this.

Scale : This allows the user to scale the results of applying a Mass Vertex Group. 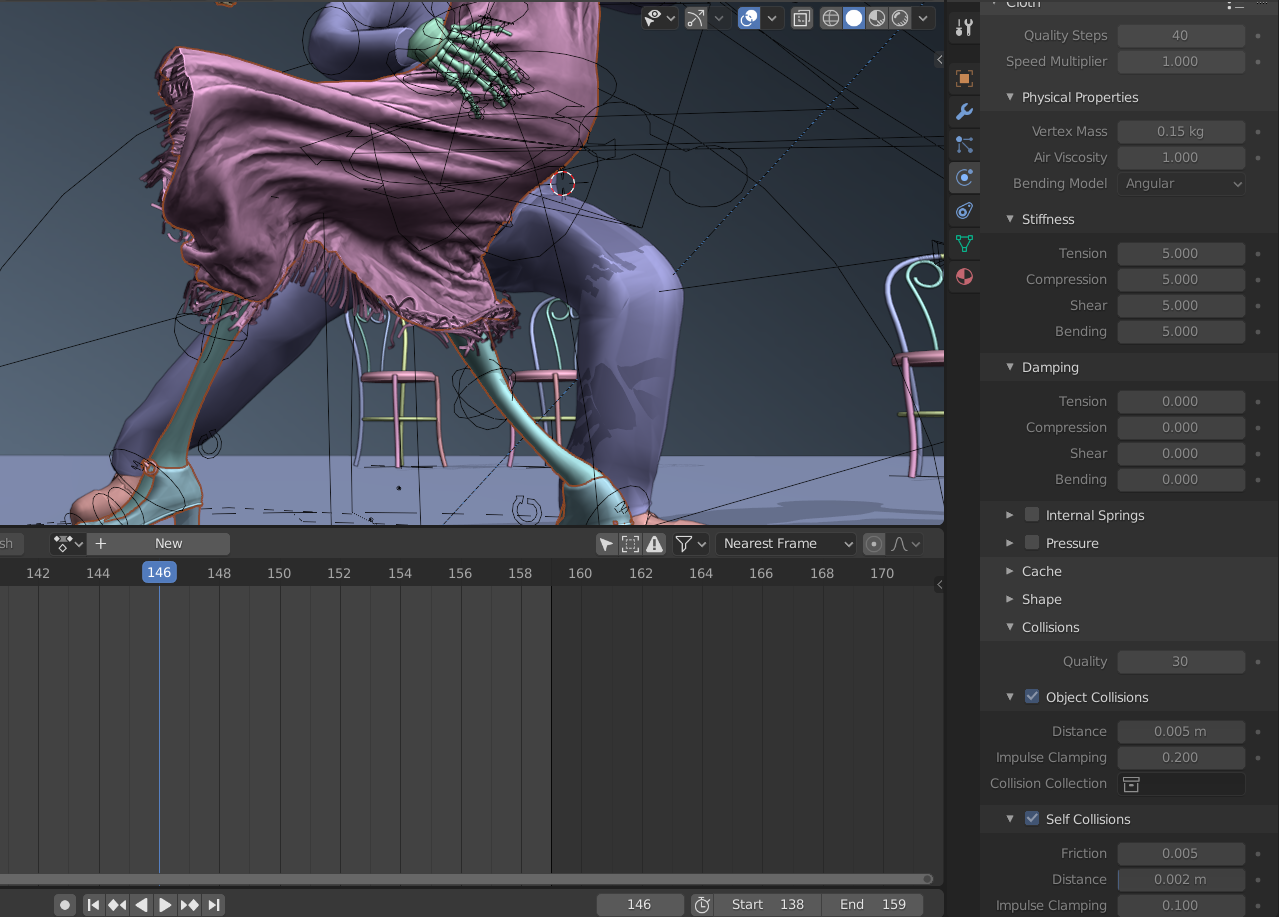 Ive spoken briefly with some devs who suggested this feature could be added to the cloth sim again in future. In the meantime, I did manage to create a cheat that works well enough in this case:

This made a distinct difference and got basically the result I wanted. Still hoping for a more elegant solution via the devs though, as there are multiple cases where vertex weighting mass would have application.

Hard to post animated visual results yet, but feel free to keep an eye on @LMODanimation or thelovemeordie.com if you want to see more soon.

14
Are Blender Cloth Physics Based on a Cloth Simulation Model?

5
How does the Cloth Stiffness Scaling option work?
5
How Can I Deform a Cloth During Simulation?
3
Unpinning Cloth Deforms Object
2
Adding cloth physics to vertex group
1
Attaching another object to cloth simulation
1
Cloth Simulation: How to keep vertex groups unaffected?