Guys I'm in a pickle here - regular scene, cube, uv unwrapped, cycles renderer selected and yet for a love of me I am unable to get pointiness to work. 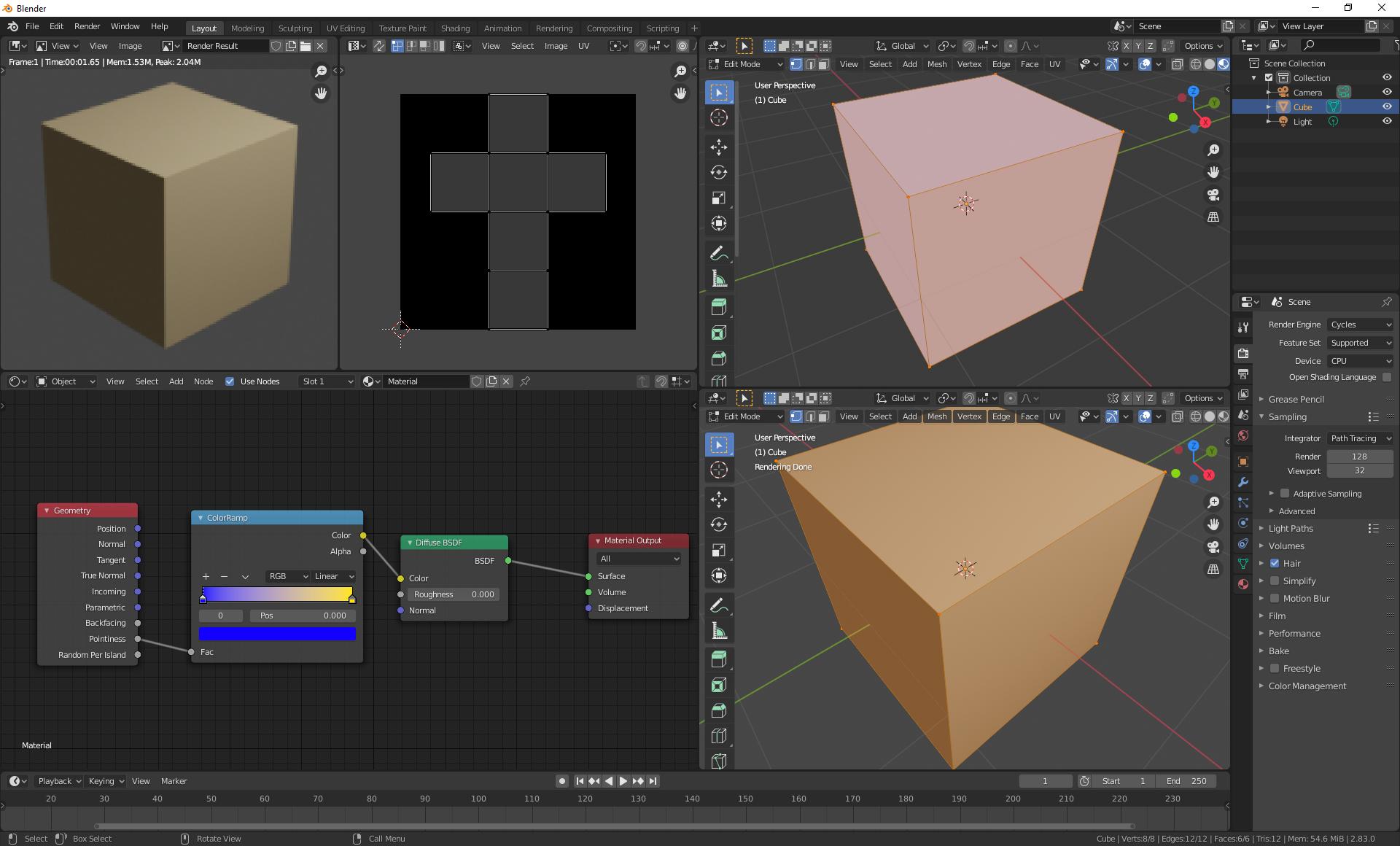 As mentioned in the comments, on a cube with no curvature,or any type of bevel, you will see no result from the pointiness output of the geometry node.

Pointiness as defined in the manual:

You can see this clearly in the following example:

All objects have the same basic node setup including the default cube on the left. 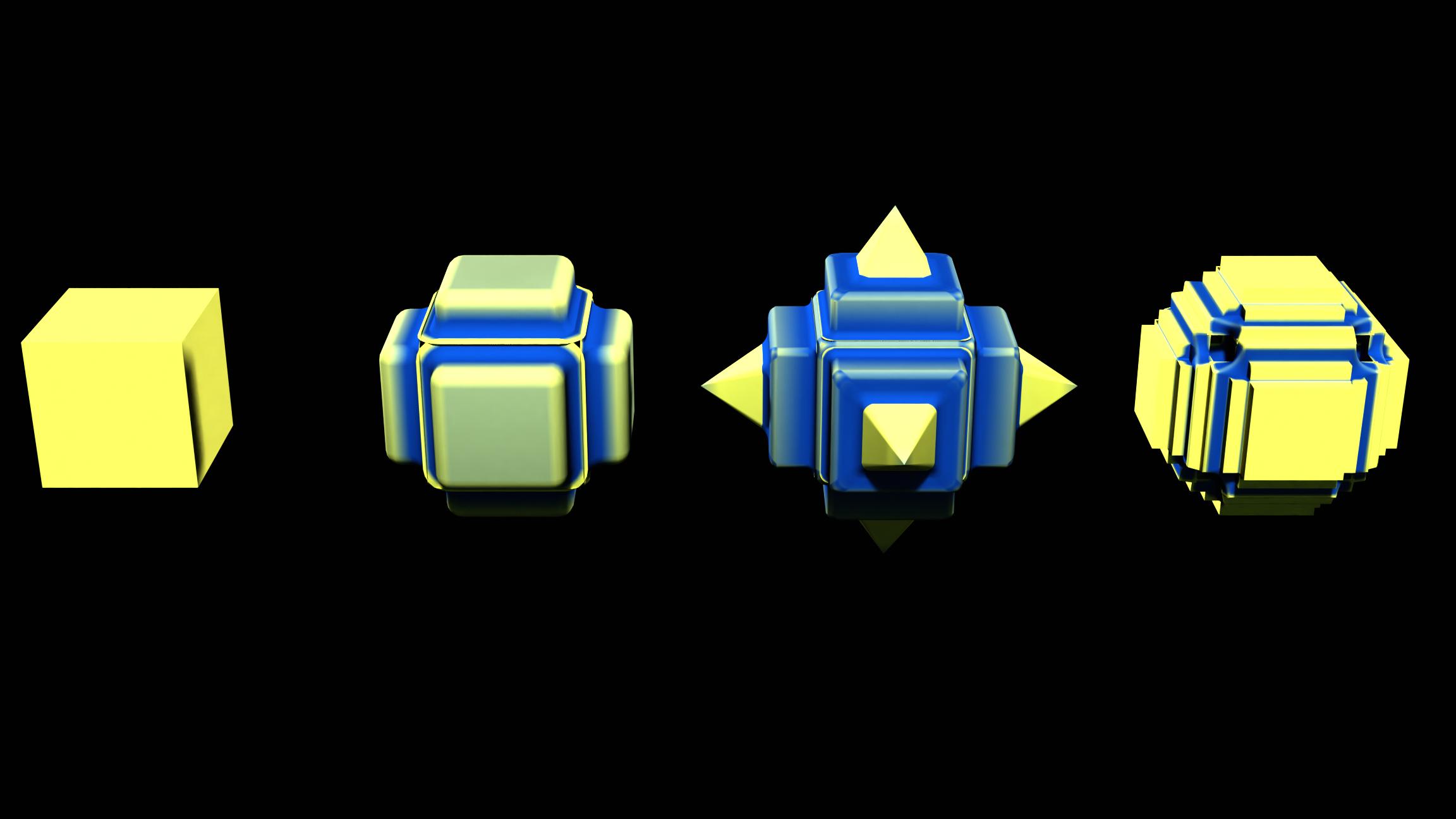 What will help is having some decent subdivisions. Use Cycles, and use Rendered Shading mode.

This cost me over half a day to figure these out. They are often not mentioned in tutorials.

9
Can I get the object dimensions in Cycles?
0
Can't see material nodes for Cycles
0
Why can't I get a clean result from cycles?
1
Blender 2.83 Cycles Not Rendering New Objects
1
Pointiness for edge mask doesn't work at all
0
Can't get simple light path nod examples to work
2
Pointiness isn't working