Sverchok beginner: Viewer draw Mk3: How to connect faces and edges to vertices?

I'm working through the Sverchock introduction tutorial and I see a lot has changed in version 0.6. But i am able to do what it says. Only the last part:

Now if you change the slider on the Float node, you’ll notice 2 things: 1. the header of the Float node gets the value of the slider, and 2. more importantly, the Polygon will start to increase and decrease in size because you are multiplying the x, y, and z components of the Vectors by that amount.

If I disconnect the edges and/or face from the Viewer, then I can see the vertices scale when I slide. When I bake the plane again, the edges and faces are duplicated and take the size of the Scalar.

Why does the scale not apply to the faces/edges and why do they behave like different objects? 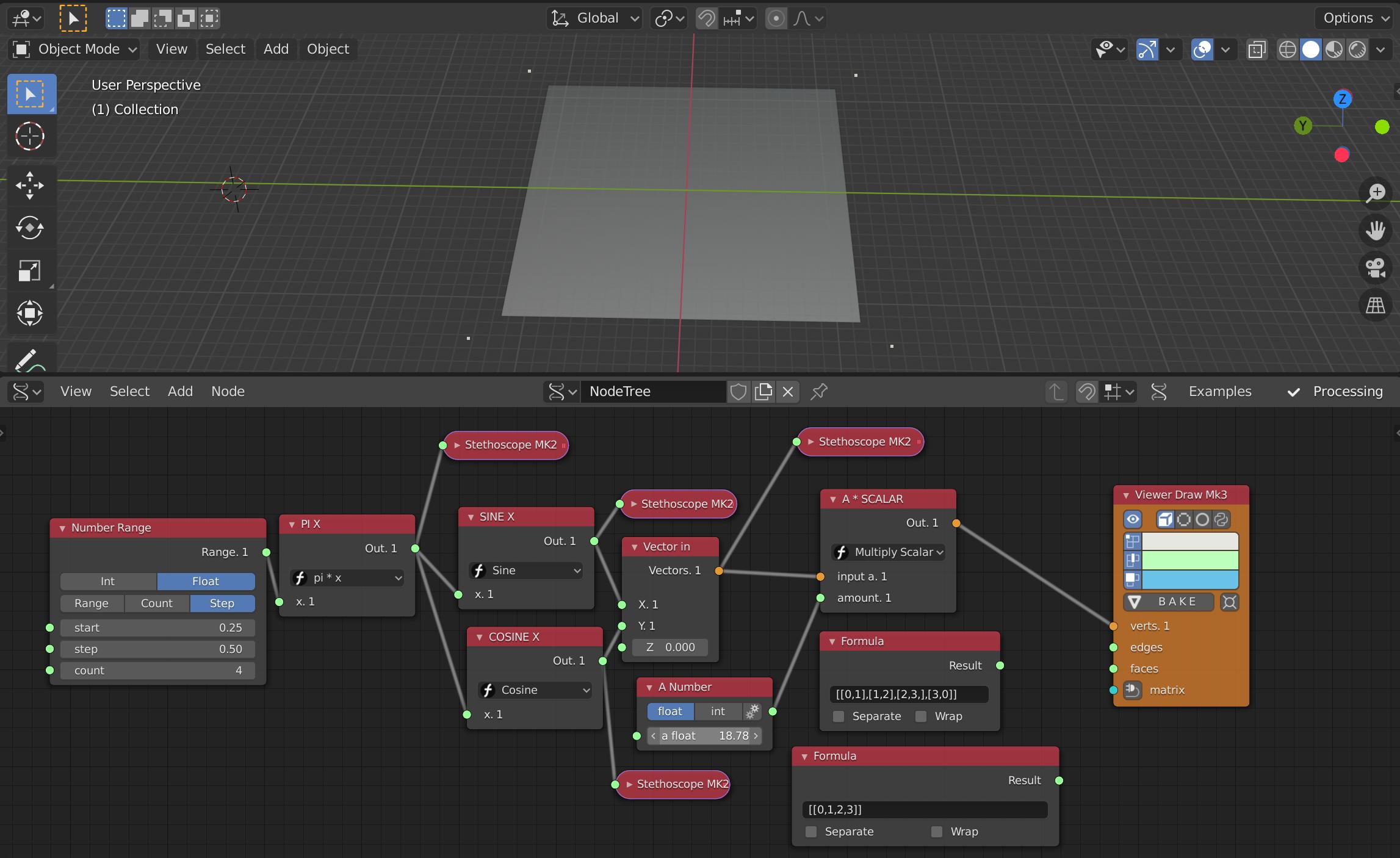 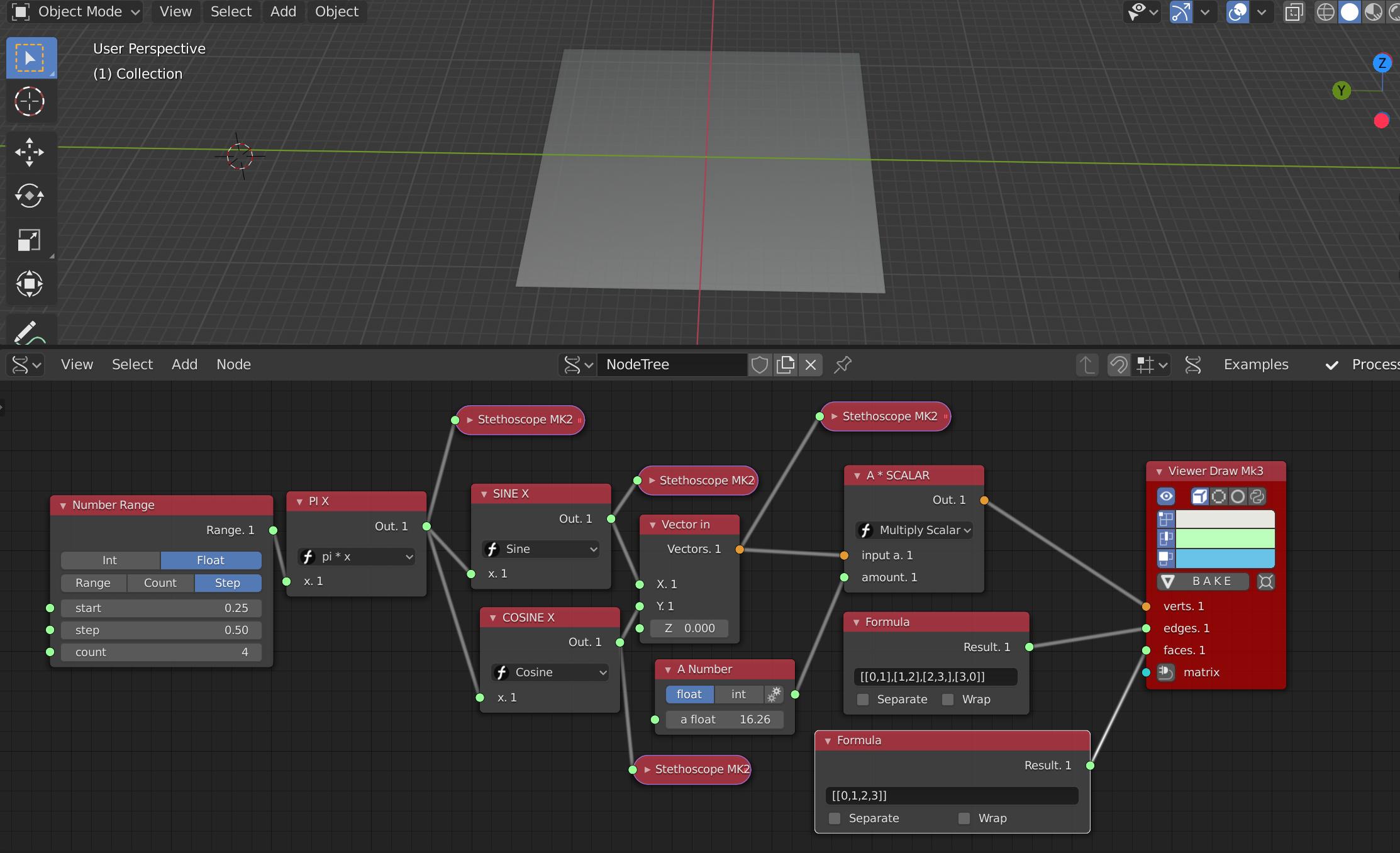 to address your progress in the tutorial, when you use that number node to scale the vertices, they are indeed scaling. If you look carefully, you see even in the image that the white-dots (vertices) are scaling outwards. In the top example.

In the bottom example, the input into the node is not correct. The node in the tutorial you are following (the old viewer node) handles the same input differently, you'll notice the old node had a socket that accepted both Edges and Faces/Polygons at the same time. The New ViewerDrawMK3 node however has separate sockets for edges and faces and also reads the socket data differently. The node has gone red to indicate a problem with the input, it will do nothing until the input is corrected.

You will ( i am sure ) have better luck following the tutorial updated for b.28. Which i linked to above.

And also. When you select both nodes, press V and it joins similar names sockets (pols, polygons,faces are the same)

Not the answer you're looking for? Browse other questions tagged sverchok or ask your own question.

1
How to transfer scale direction and magnitude of rotating object to another in world space with Animation Nodes or Sverchok
2
How to create edges between two lists of vertices in Sverchok
1
How can I merge objects in Sverchok and Animation Nodes?
1
I have created a glove on Blender and I want to apply Voronoi on it's surface via Sverchok. How can I do that?
1
First start with sverchok. looking for feedback and how can i make this more efficient
1
How can I move bunch of vertices to the origin of the world properly with Sverchok?
0
where is Viewer Draw mk3? I cannot find it in the Viz menu