I'm using Blender 2.82. I'm trying to animate a human exported MakeHuman. I followed this tutorial to use a bvh file to animate the scheleton. When I click on "Load and retarget" and I select the bvh file I always obtain a strange behaviour as in figure, so the legs and the arms are twisted in a very strange way. How can I solve it? 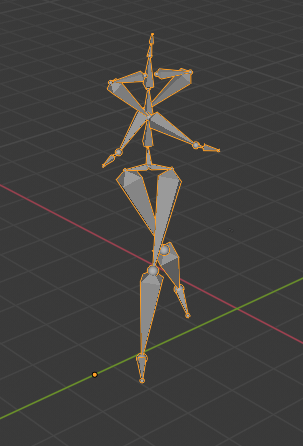 You probably need to manually redefine the T-Pose for your target rig.

MW seems to be mostly doing its trick by copying rotation differences between the defined rig t-pose and whatever happens to be the current animation pose. An incorrect T-Pose will result in the bones looking in the wrong direction, which you can correct by rotating them such that the end result is correct in the pose mode, and then telling MW to use that as the T-Pose for the retarget.

You can do the latter by using the "Define T-Pose" button in the utilities section of the MakeWalk tool panel: 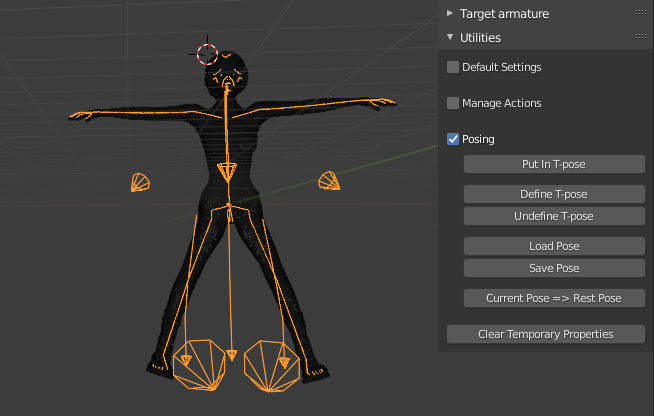 Note that you may have to also untick any automatic options on the target before doing that. If you have ran automatic bone detection earlier, you can save that as a target definition which you will later be able to specify manually.

Note that the bones you have to rotate to get the model into the T-Pose also have to be the ones that that are matched on your target rig. You can inspect that by opening the target armature section and scrolling to "FK Bones". All bones not listed here are ignored by MW. 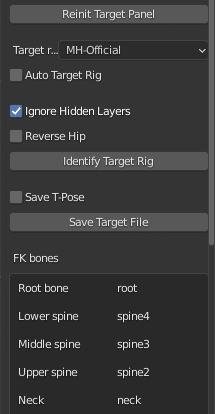 Not the answer you're looking for? Browse other questions tagged makehuman or ask your own question.