How can I add "trim" to a curved surface?

Very new to blender, so I am hoping this is an easy task that I just dont know the name of the function for.

I have a curved surface on an object that I am trying to add some raised trim around the edging (imagine a curved panel of armour on a knight). To make the curved panel I uses a subsurface modifier.

I have tried selecting the faces towards the edge of he panel and extruding them along the normal but because of the curve of the plate the trim is not a uniform width in from the edge of the armour panel.

Any suggestions on how I could achieve this?

As you can see the trim on the armour panels is not uniform in width from the edge. On the very curved panels when I use a loop cut they are not even, I was hoping there was a quicker way than having to adjust all the points by eye. 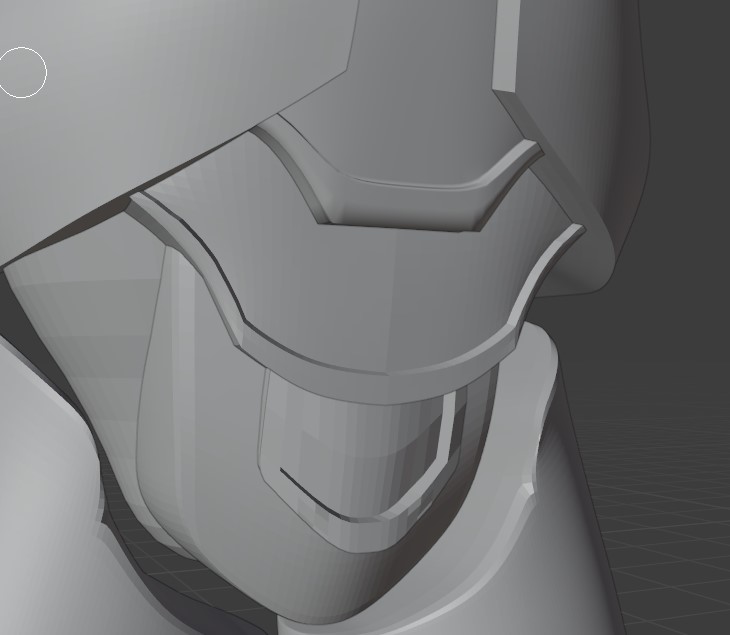 It's a shame Blender doesn't directly have an 'Offset Even' tool, along the perpendiculars to the edges being offset. A 2D curve can do it, so you could start with the trim, and build the plate away from it.. but starting with the plate as a mesh... 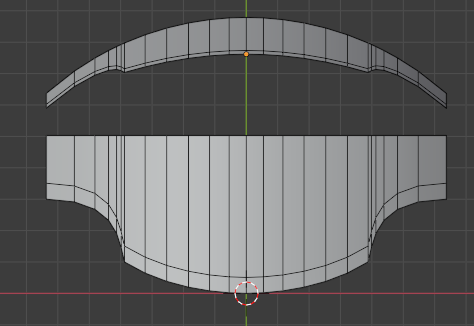 .. the E 'Even' option in the GG edge-slide tool means 'even along the crossing edge-rings', not a perpendicularly even distance from the loop itself. The illustration shows a sort of worst-case, with all the crossing edges vertical, so their density changes across the width. A simple GG (above) doesn't work.

If you're building the trim outwards from the plate, you could:

This method. though, builds the trim inwards. 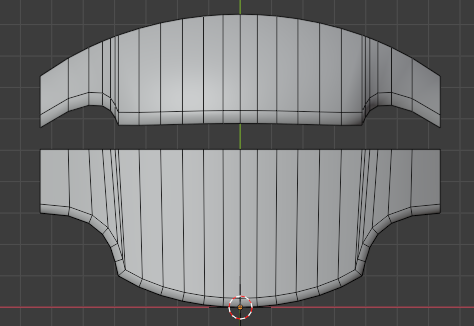 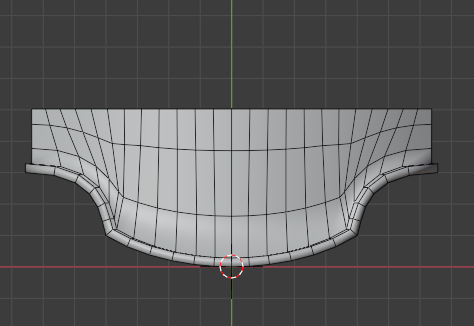 (I've had to tidy up the inside of the plate a bit, reconnecting the top and bottom with Bridge Edge Loops .. the topology inside your plate looks better than this, from what I can see)

Add a Bevel by angle modifier, and a Subdivision Surface.. 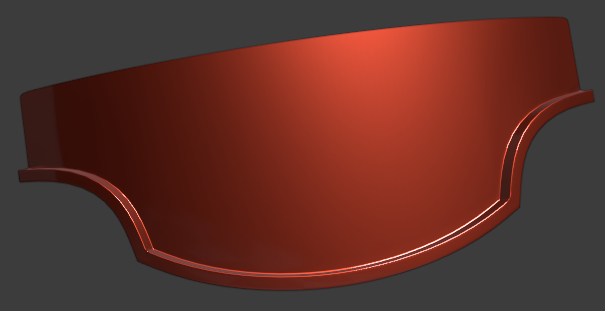 The edge-lengths do check out.. they're pretty much the same all the way along the trim.