I have followed a tutorial on how to create explosions in Blender and now I want to export the explosion as OBJ. So for that I first need to create a mesh. I have seen multiple solutions, with using fluids or using the add-on CubeSurfer but nothing is working.

So how can I mesh my simulation or directly export it as OBJ. I am new to simulations in blender so a detailed answer would be very nice. I am working on 2.83

This is the blender file (this is a low quality example, so testing can be faster):

So thanks to vklidu I'm almost there, here is my current state, so that he can see what the problem is:

For python coders, I will add an answer demonstrating the python access to the smoke system.

The simulated smoke is stored in the modifier.

I would suggest storing these values in vertex colors.

For further processing I would suggest the remesh modifier and the color transfer using Animation Nodes.

You can grab the script (also included in the blend) from github. To use the script you have to setup your file first, as the script makes assumptions about the existence of some object.

Running the script in the example file will immediately crash Blender if you haven't baked the simulation yet.

The first step of a python script is to import so-called modules. These modules provide functionality, which python can access. The bpy module contains functionality to access Blenders data. bmesh is a representation of mesh objects. numpy is a library to manipulate numbers and in ours case matrices. The result of the smoke simulation is stored in a grid, which numpy can easily manipulate.

Next, I add a utility function. This functions receives a string name as a parameter and returns an object of that name. If the object doesn't exist yet, it creates a new mesh-object. If it exists it returns the same mesh object. With this helper function we can run the meshing function multiple times and simply overwrite our created objects without creating additional object.001 each time.

Now come the main method, which gets the smoke simulation and accesses its properties on the current frame. The result gets written into a bmesh (Blenders module for mesh representation and manipulation).

The function definition start with def in python.

I'm assuming that the smoke modifier is the first (with the index 0) modifier in the modifier stack modifiers. If it wasn't the index has to be adjusted. The modifiers has a property called domain_settings, which contains the domain settings of the smoke simulation.

The domain_settings object has the properties resolution_max, density_grid, color_grid and flame_grid. The first is simply the grid resolution which we set in the domain settings. We need to know this, because the voxel data is stored in a grid with this resolution. To simplify the matter, I restricted the domain object to uniform dimensions (as mentioned earlier) which result in a three-dimensional grid with resolution_max slots for each axis (x, y, z). The other objects are data object in the form of the grid. However, this data is stored in a long list, which we have to manually convert to a grid form. Converting it is optional, but very helpful. It is much more convenient to access the grid position with x, y, z coordinates instead of the nth position in a long list. This is were the numpy library comes in handy, because it can "reshape" the list into a 3 dimensional list. The density_grid and flame_grid are simply three dimensional grid now with a number representing the amount of density/flame.

Since we only want to add geometry where the density is high enough, I defined a density threshold (thres), which is a fourth of the highest density value in the whole grid.

Now, we construct a bounding box of the dimensions. Using numpy again, we can story the values of all the vertices of the smoke object (smoke_obj) in a matrix and extract the smallest and highest values of the vertices' coordinates for each of their axes. The variable minmax stores them as [[x_min, y_min, z_min], [x_max, y_max, z_max]].

In the same manner, we can calculated the step size of a single voxel. Since the number of steps is defined by the resolution_max, the size of the voxel (along the x axis for example) can be defined as (x_max - x_min) / resolution_max.

The bmesh object, which we passed as a parameter to the function, story vertex colors in loops, which are the vertices of a single face. Since the vertex color layers probably don't exist, we can create them.

In the next step we loop through the slot of the three-dimensional density grid (or numpy-matrix).

Then we check if this position in the grid is dense enough to "mesh" it. We use the threshold, which we defined earlier.

If it is dense enough, we can place a cube there. Or a sphere, or a single face or anything else. I use a cube, because there is a simple builtin function in the bmesh module: create_cube.

The create_cube function returns a dictionary object with an entry for the created vertices. Let's get the linked faces of those vertices.

This is the end of the function, which adds the geometry to a bmesh.

Now you can loop over all of the frames and create an object with the previous function.

Since we will have to do this for each frame individually, I will first gather a list of frames. The list of frames is defined by the cache start and end of the smoke domain object.

Just as before, this was the same code to get to the smoke domain settings, which store the properties cache_frame_start and cache_frame_end.

To organize our Blender file, the created objects are best placed in their own collection: simulated. Let's get a reference to that as well.

Now we can loop through all the frames. Since Blender becomes unresponsive for the duration of the execution of a python script, it is helpful to open the blender console (Window > Open Console) and print the current frames, which Blender is working on. frame_set advances the scene to a given frame and updates the objects and the smoke simulation state.

Get the current smoke simulation frame with the evaluated dependency graph.

Create a new bmesh to hold the smoke mesh data for this frame. Then pass it to the function, which we wrote ealier.

Using the helper function (also from above), we can create/get an object named simulated##, where ## stands for the current frame number. We write the bmesh data into that objects mesh and free the bmesh.

If the frame mesh object didn't exist, it would have been created. For that case, we have to move it into the simulated collections objects "list".

If you were to execute the code uptill now, all mesh objects would be created and visible at once. This could be useful if you want to modify them further, etc. If you want to judge the playback however, you would rather only see the mesh object, which corresponds to the current frame. To achieve this, you can keyframe the visibility property of objects with the function keyframe_insert.

If you want to see any colors, set the viewport to vertex color mode or link the objects to a material, which uses the vertex colors we created.

Sorry, my post covers generating smoke as a single mesh in Blender 2.79, and not an entire smoke sim anim, due a buggy particle system (or smoke cache).

Blender 2.83 doesnt have texture type Voxel Data, but there is a Voxel Mesher Modifier on the way https://developer.blender.org/D4960

Blender 2.79 contains texture type Voxel Data that use this kind of data as 3D texture. Blender Manual describes this quite straight forward. And it works for 8-bit RAW and Image Sequence file format (like CT scan or MRI). 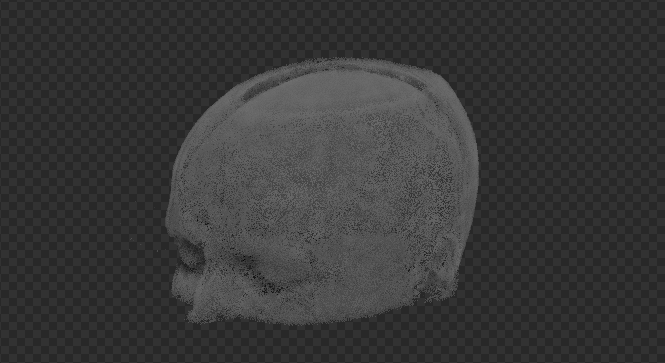 It means - it is possible (with some headaches*) to generate mesh from particle system represented by metaball objects, like this ... 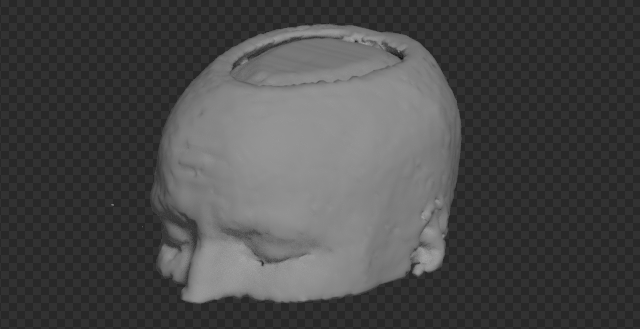 Troubles comes with voxel file format Smoke (that should be able to reuse data of existing Smoke Domain on another object) and Blender Voxel (that should use externally saved simulation bake) ...

... I could see Material Preview in Texture Properties, but nothing was rendered.

Usage of these baked smoke simulations (externally) is buggy for years. Smoke doesn't appear in domain at all / or is shifted / or just a few frames of sim is visible. Not always, and that it makes more difficult to hunt issue. (One for all bug report here - as many of them were closed/archived.)

Anyway ... for your needs, when I assigned particle system directly to domain and Domain was set as Texture for particle density I was able to generate a particle cloud and to mesh one frame of smoke, but not entire animation. Probably for the reason mentioned above - bug. I'm not sure how that one frame is selected, probably current frame set on timeline when assigned? Can't confirm due the refresh issue.

For those interested - in case smoke sim is baked ... 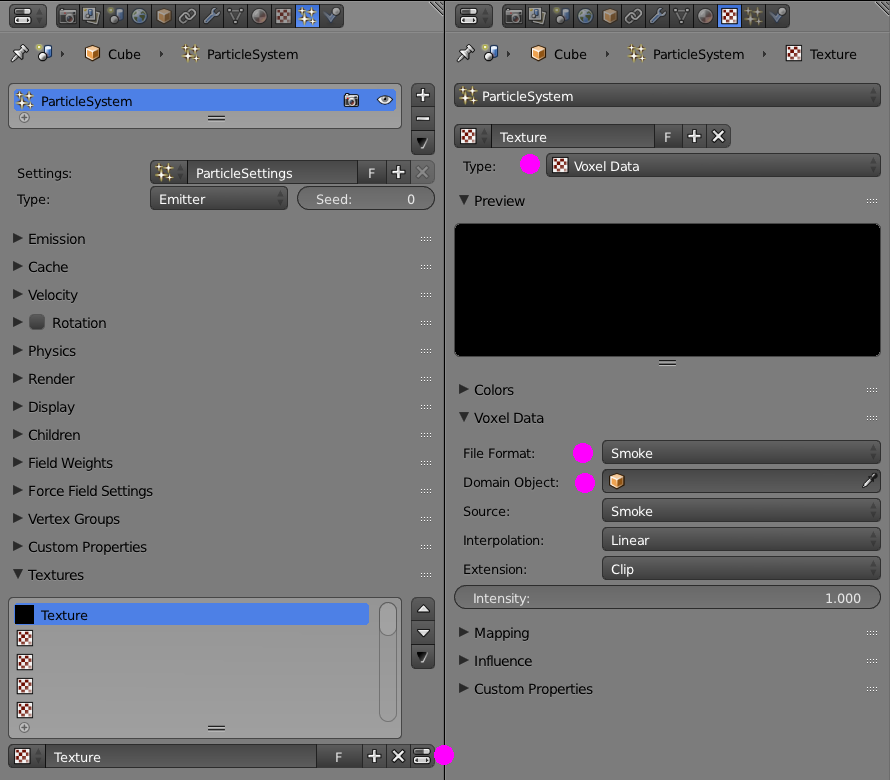 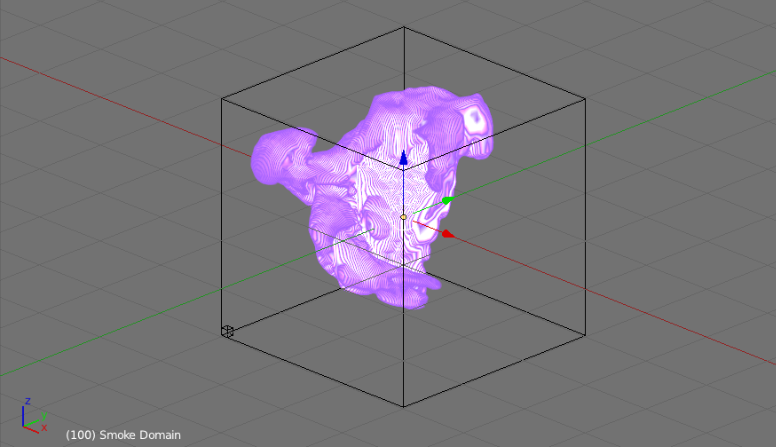 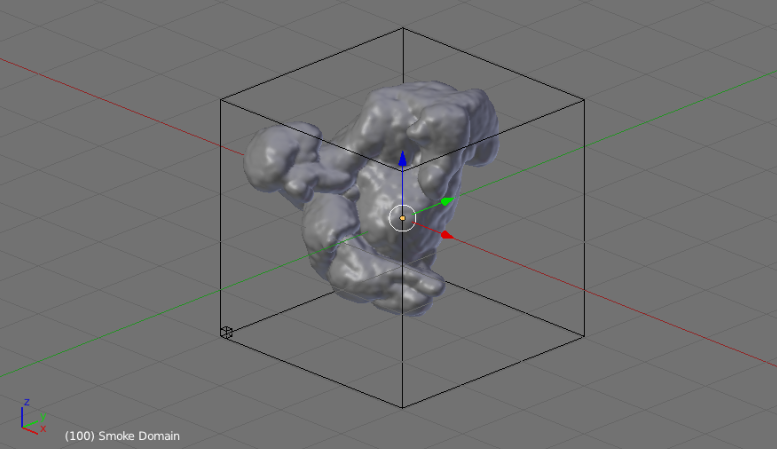 ... another pain as hell is particle system refreshing https://developer.blender.org/T52160 . Even you have visible particle cloud, opening file again hides the particles. To make them visible again I discovered only one weird way - switch to Blender Internal engine into RenderView mode in 3Dview, change particle resolution to something, it refresh particle appearance, switch back to Cycles if needed.

Dynamic Paint in video of Miikah can use a smoke sim as a "brush" to paint, so I wanted Weight paint into a dense grid using voxel data. Vertex Weight becomes Particle size solver. But ... I don't even thing this was implemented or I do something wrong here. (I could only approved dynamic paint vertex-weight can generate animated particle cloud, but not driven by smoke.)

Notes to fix setup of your second blend file

(this part I will delete later) 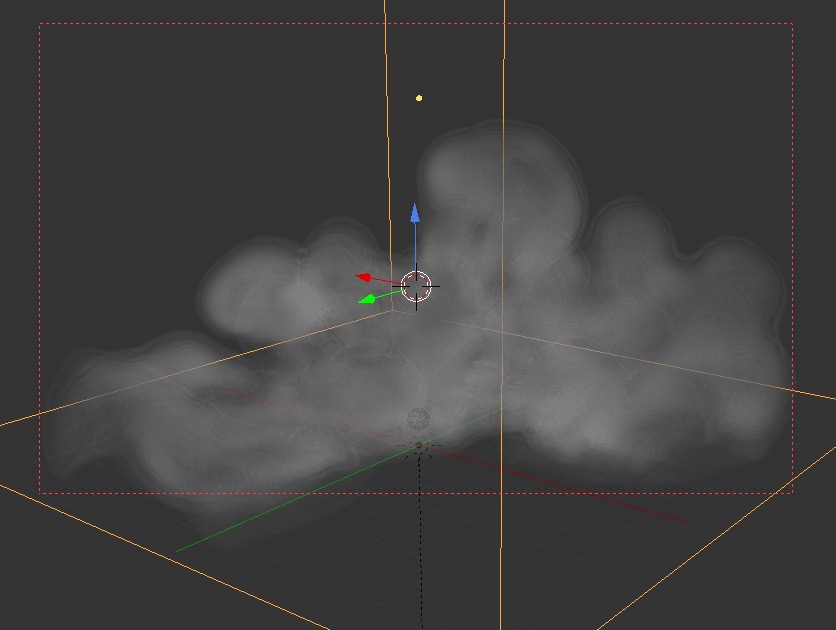 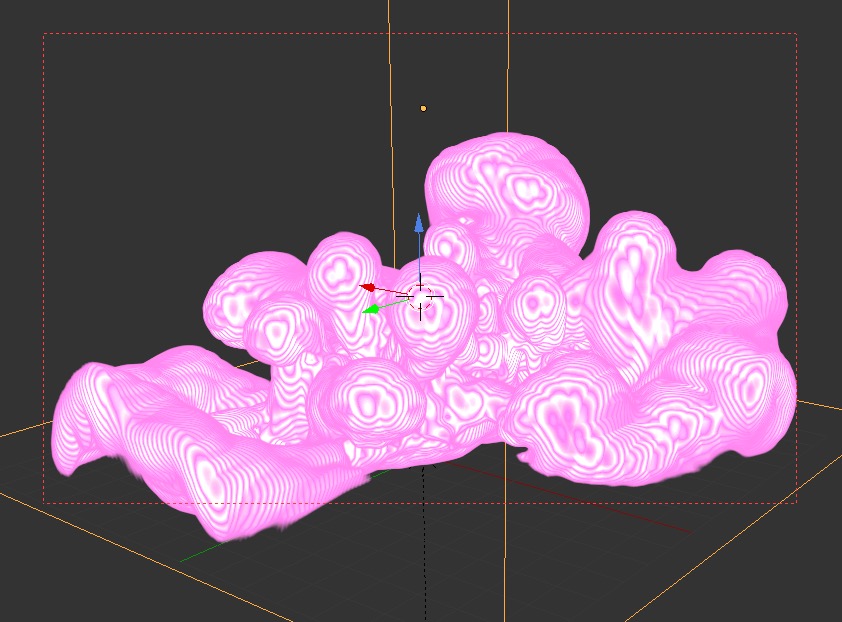 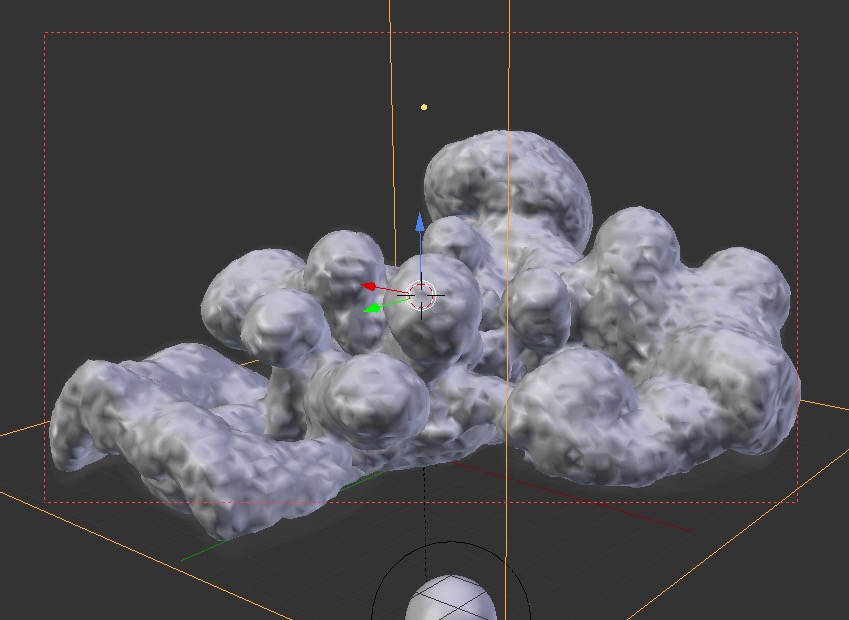 Not the answer you're looking for? Browse other questions tagged mesh smoke-simulation or ask your own question.

17
Voxel data in Cycles
5
Export a smoke simulation as a mesh
2
Fluid: How to convert the simulation to a series of meshes?