I am trying to convert hair_key.co_local to world coordinates. As I understand it, every hair particle has a bunch of hair_keys (type:ParticleHairKey) that represent strand segments. The ParticleHairKey type has two coordinate fields:

So my guess is, co field is not implemented / supported and I have to work with co_local instead.

according to the docs ParticleHairKey co_local is "Location of the hair key in its local coordinate system, relative to the emitting face". and there is co_object method that returns key location (I assume in object coordinates). No matter what I tried however, the resulting coordinate doesn't seem to map to world coordinates in any meaningful way.

For example, I have a single strand of hair with 3 segments. particle.location here is already interpretable - if I put 3d cursor at that position, it matches particle location in the viewport (see pic). 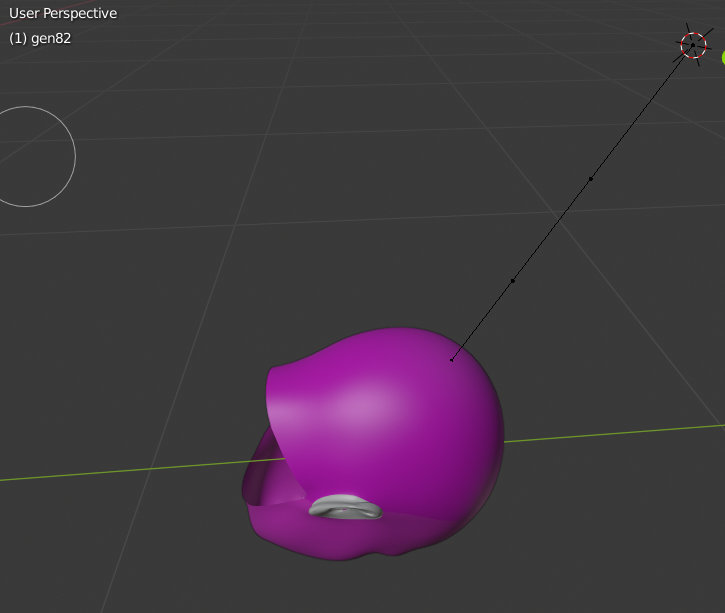 As you can see, hair_key.co_local seems to match description from the docs - it gets progressively farther from (0,0,0) as key index increases. But I have real difficulty working with those values. I tried calling co_object and transforming to world coordinates, tried offsetting by particle.location etc. - nothing produced world coordinates. Is there a way of transforming this coordinate to object or world coordinates ?

Use evaluated object in 2.8+

Example for 2.8+ adds an empty at each hair key location. Note: since it adds an empty via op, test on an object with lowish hair count

Not the answer you're looking for? Browse other questions tagged python particles hair or ask your own question.