I've tried to use a workspace's Custom Property as a variable for a Driver, but it looks like the path to the Custom Property is broken. Is there anything that needs to be added to the properties path? 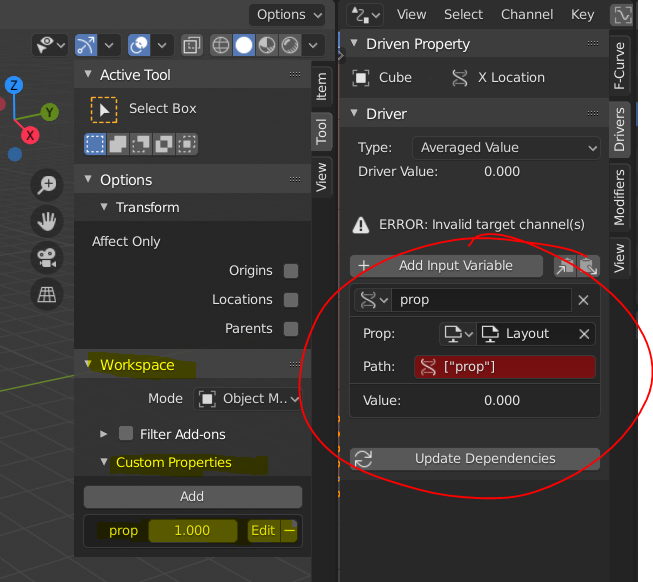 In as much as I agree with @DRF that using workspace properties as input into drivers is not a good idea...

Appears it is with custom properties, ie those defined via custom props panel or via script with

on the workspace that create the error. Trying instead the users property of the workspace it "works" (ie doesn't throw the error) as a driver variable.

If in script a property is defined via

in which case can address it via

it will also work as a driver variable.

Since prop is stored as the custom property of same name will see the API defined message beside it.

Note: as mentioned this "works" as in it doesn't throw an error. It does however print warnings to the system console, and updating by pressing "Update dependencies" button.

Not the answer you're looking for? Browse other questions tagged drivers properties workspaces or ask your own question.