I've been messing around with animation nodes to influence materials in an array of 1500 cubes, creating a simple motion graphic from a simple node tree. 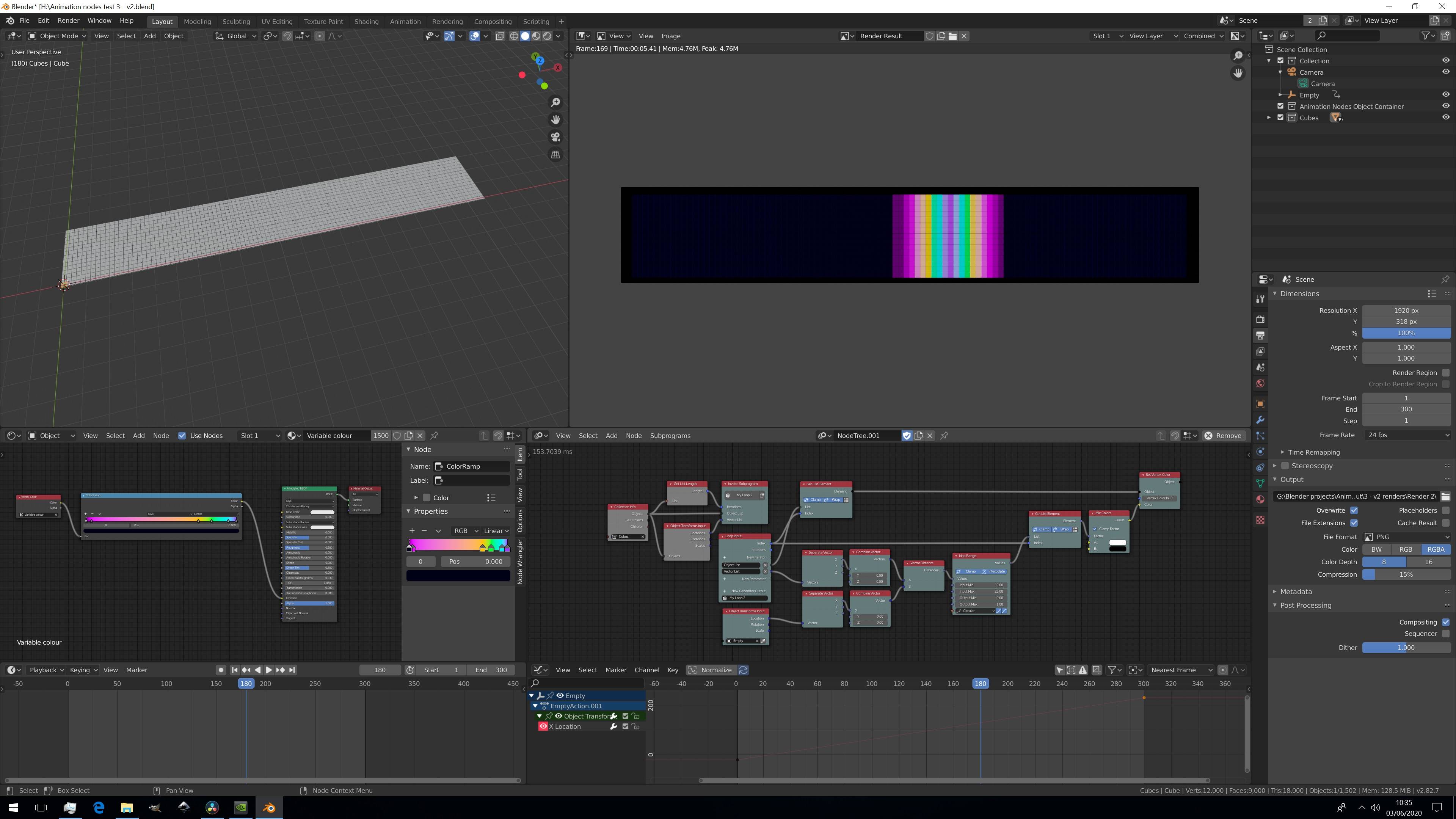 I started using an object instancer to create the array but the program became bogged down with too many instances (it seems to start afresh after each time i stopped execution to make an amendment, without deleting previous instances first) so i created the array first and modified the node tree to work on a Collection instead.

The problem i have is that animation nodes seems incredibly slow for a relatively simple node tree and modest collection of objects. The simulation runs at over 4 seconds per iteration and the screen is incredibly laggy - it takes an age for Blender to recognise when i click 'auto execution' off to make a change. It also takes a while to load the file in the first place.

In addition to the above, Blender crashes after rendering 15 to 20 frames meaning i had to render the whole 300 frames in small chunks.

I have a reasonably heavy-weight system - i have an i9-7900X, 32Gb RAM and 2 x Quadro P4000 GPUs. The GPUs do all the heavy lifting on rendering but the processor hardly breaks sweat at about 18% utilisation, with memory peaking at just 150Mb.

My question is: why is Blender making such heavy weather of a simple node tree? And if it does involve a lot of processing, why isn't the CPU used more intensively?

Any light you can shed would be appreciated as AN is almost unusable at the moment.

Try to avoid calculations inside loop if we can do it directly, most of the AN nodes are vectorized, which can perform faster than using loop. So we can modify node tree to something like this: 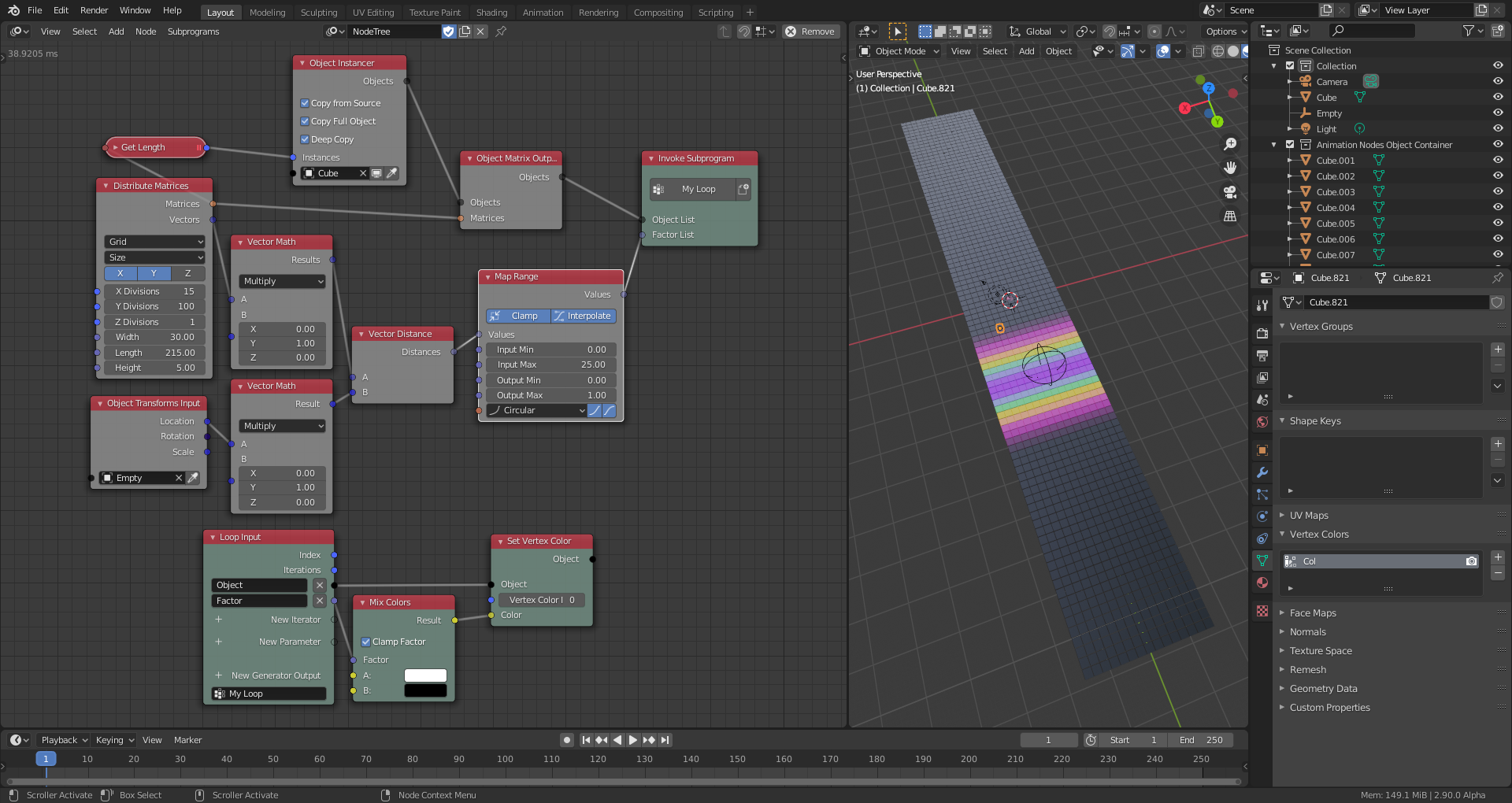 We can completely eliminate loop by replacing Set Vertex Color node with Object Color Output node since object have only one color and by using Combine Colors node instead of Mix Colors. 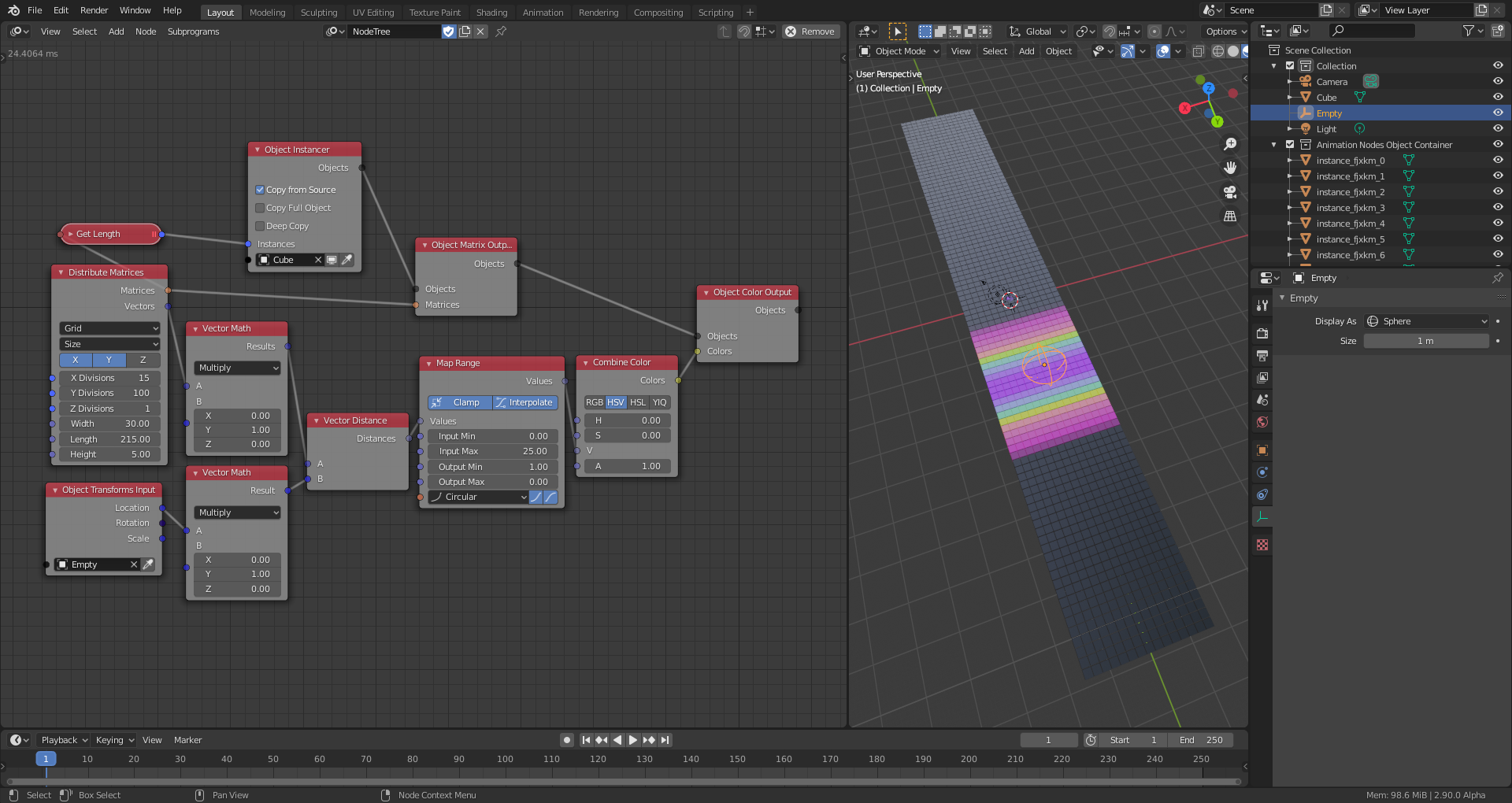 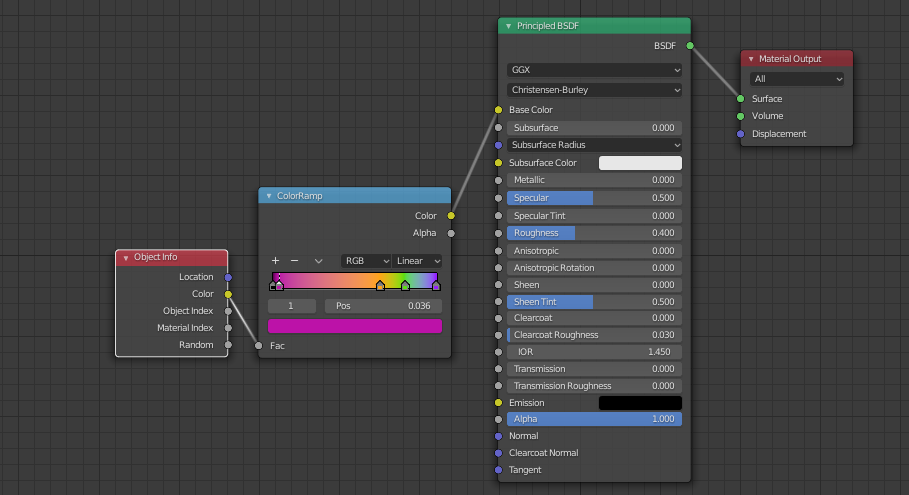 Not the answer you're looking for? Browse other questions tagged animation-nodes performance or ask your own question.