How to scale a light's size , and strength proportionally with the rest of the scene in Cycles?

Say I have a scene consisting of a plane acting as a surface, and a simple white UV Sphere. Both are at their default size

I have an Area lamp shining directly perpendicular to the top of the UV sphere. The Area Lamp is at a distance of 6 units on the Z-axis, while the UV is at 0 .

I want to scale the entire scene down by a sixth of its original size. I can scale both the plane and sphere by 1/6 to reduce them to a sixth of their size

However, when I do the same to the area light, and reduce its strength and size by sixth in the material editor, it simply does not light the scene the same way as prior to scaling 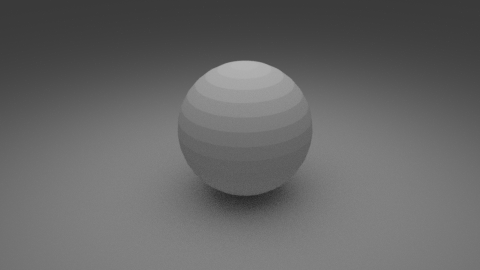 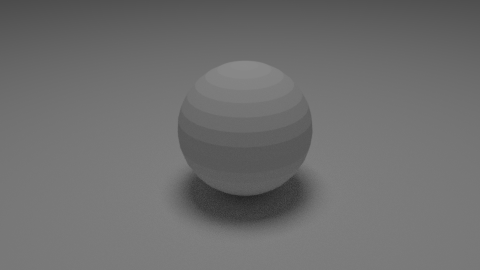 So with that, comes my question. How do I scale everything in the scene , lights included , while also maintaining the same distance between mesh and lights, proportionally so that they look the exact same as before in the render, with only the scale values affected?

As you can see in following images,first image is how it looks un-scaled. This is how the scene should LOOK

In the second image, Mesh,plane are scaled by a sixth, light strength size scaled by sixth. Still does not look like first image at all

You need to scale the light intensity according to the inverse square law. [Calculator] 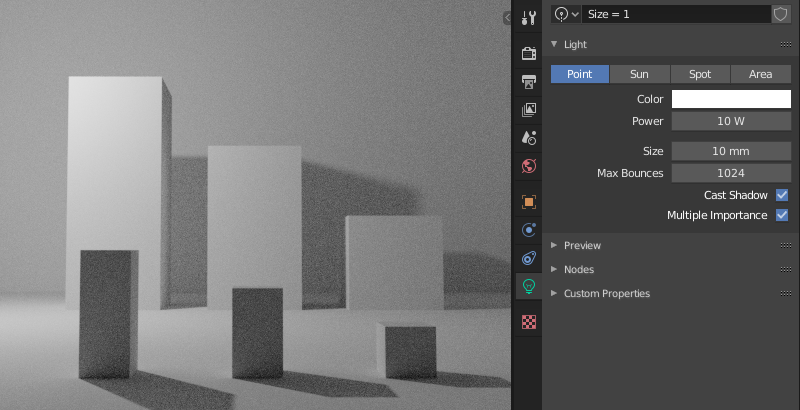 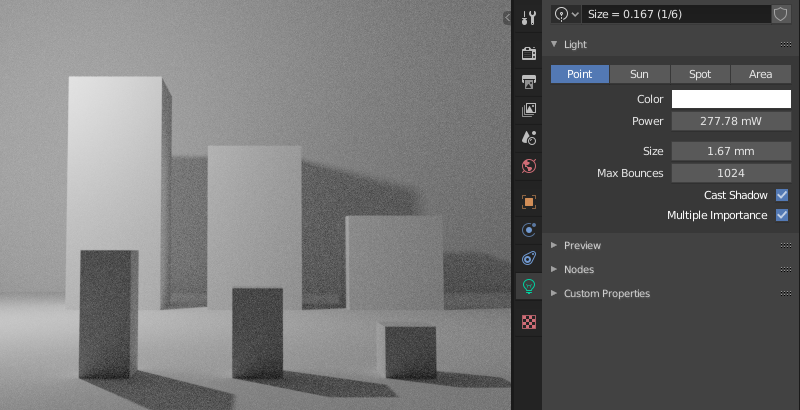 Not the answer you're looking for? Browse other questions tagged cycles-render-engine light lighting or ask your own question.

10
Altering size of emission object without messing up brightness of light in scene
1
Relation between BI and Cycles lamp energy/emission values?
3
Mesh emission strength to Area lamp strength
10
How does Blender lights work in Cycles regarding intensity?
4
Why do my lamps require an insane “strength” value of 1 million?
2
How to properly light a scene that's both indoors and outdoors
1
Image-based plane light eliminates mesh light
4
Understanding light power values
2
Emission shader on large object is black in Cycles?