How do you paint text onto a curved surface?

Here I have an image showing a poor attempt to get text to fit nicely on this bra-like mesh. Two objects are shown in the scene, one is just my attempt to recreate the UV as an object to see if that might help me paint the texture on. Didn't seem to help.

I also tried a single UV island. But the UV-unwrap is too warped. See second image, notice the next drops at an angle \ when it should be straight across _.

I of course also tried stencil painting, but the curved surface is such at some of the surface (on the sides) curves behind the front surface. Stencil-painting a single character at a time is another option but it's so imprecise I'd rather use some other imprecise method. 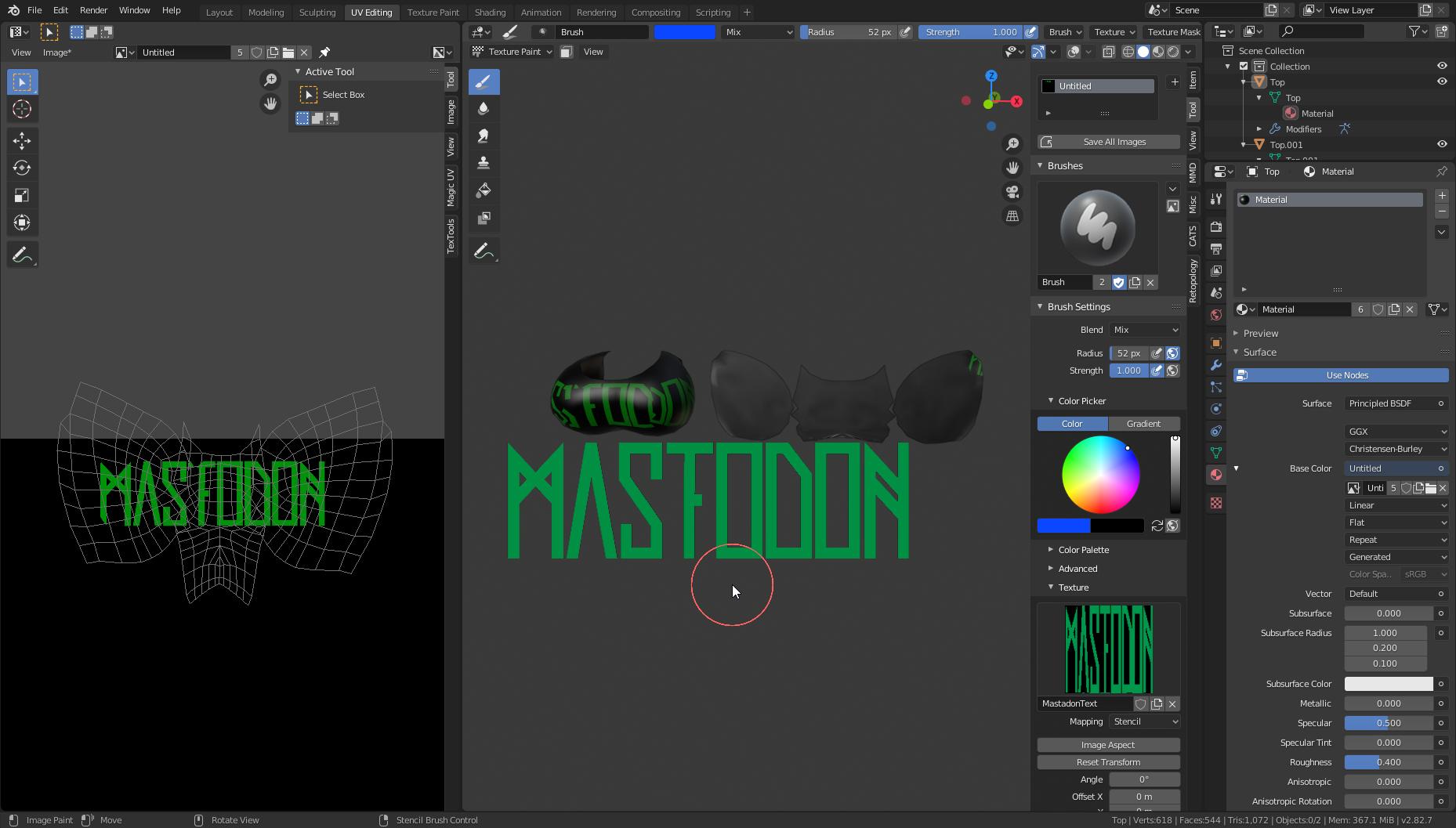 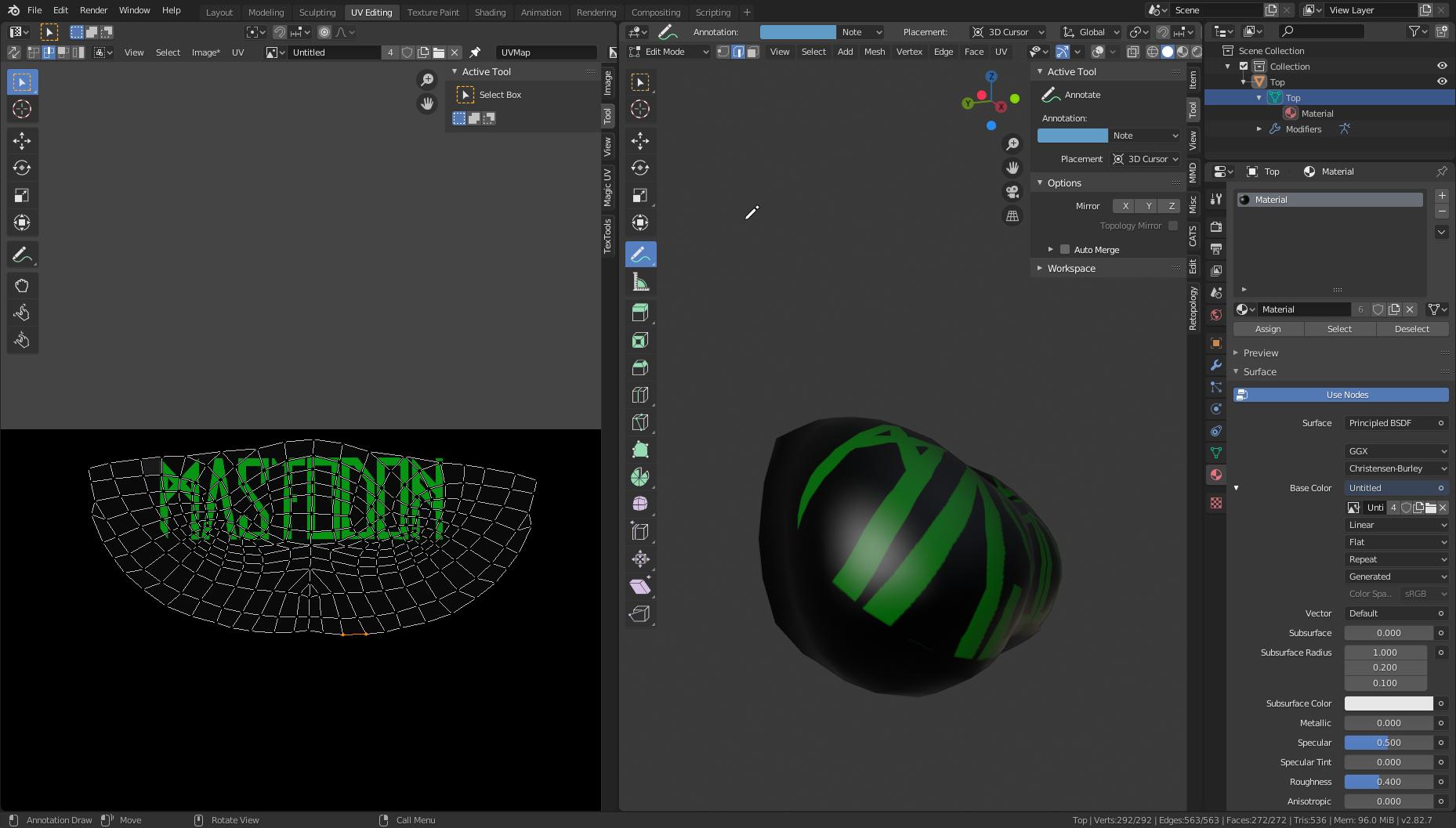 Browse other questions tagged texture-painting or ask your own question.

4
Can you paint parts of an image onto another image?
3
Can the clone brush sample surfaces facing away from the camera?
0
Not able to paint onto certain area
0
is there a way to mirror traditionally painted textures?
0
Image texture is not applied on the hairs when I reopen Blender (2.8)
0
How to texture paint large objects while retaining high quality paint