To be clear, the denoise node has been working wonders for me, but sometime over the last week or so it has stopped working in all of my project files (including ones that worked).

I have a single denoise node connected between the render layer and the composite and viewer outputs. The image is shown if I remove the denoise node. No errors are produced in the console during the rendering or compositing.

I wonder if this could be a file permission issue. I'm running linux, and when I started using Luxcore Rendere, it's denoiser couldn't run because the denoise program wasn't marked as executable. Doing so fixed the issue with luxcore. 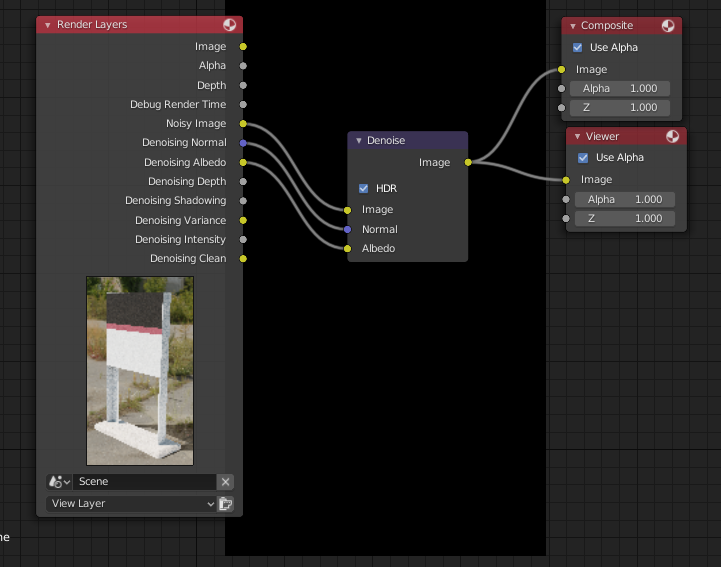 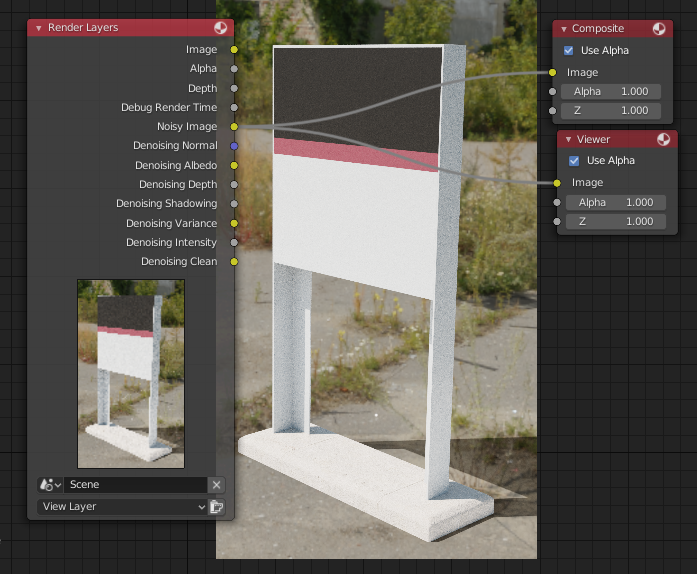 compositing-nodes denoise
Share
Improve this question
asked May 29 '20 at 23:12

I'm experiencing similar issues on Blender 2.83 on Arch. I believe it to be related to a bug in OpenImageDenoise (oidn) or in the way Blender is trying to link it. I was able to fix the issue on my system by downgrading to openimagedenoise 1.1.0-1.

I'm currently investigating as to whether this issue is documented in the appropriate project, and will update this answer once I have a bug number for it.

I experienced the same problem when I wanted to render only a certain part of the render. After disabling the render area and just render the whole thing, it worked again.

Not the answer you're looking for? Browse other questions tagged compositing-nodes denoise or ask your own question.

5
denoise a rendered image
1
How you denoise renderered images in Blender?
12
How to utilize the denoise passes to build a denoise node network in the compositor
1
denoise node not available under compositing in blender 2.8
2
Blender Denoise and Glare nodes
7
How to properly connect the Denoise node in Compositor?