Why are these red dots appearing in my viewport?

I'm following Andrew Price's (Blenderguru's) latest donut tutorial series but I'm a bit confused as to why I'm seeing all of these red dots in my viewport render, when Andrew's version isn't.

We're both using the Cycles render engine using GPU and both have viewport sampling of 32. The light object lightning the scene is white and there are no objects in the scene that could be adding to this reddish colour.

I have a feeling my node settings are incorrect so I've attached a picture of these at the bottom.

Here's the comparison between the two... 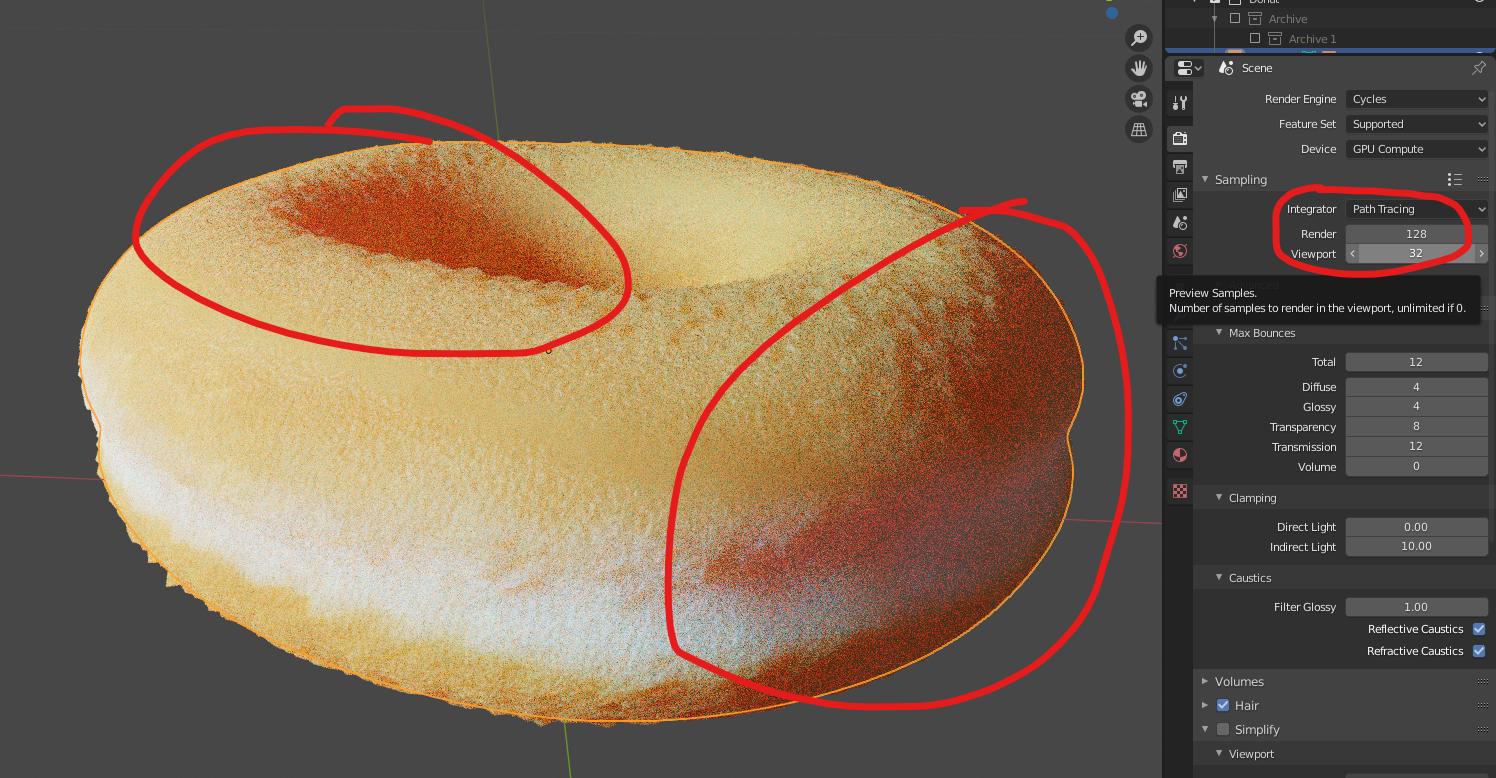 These are the nodes I'm using (which are the same as Andrews): 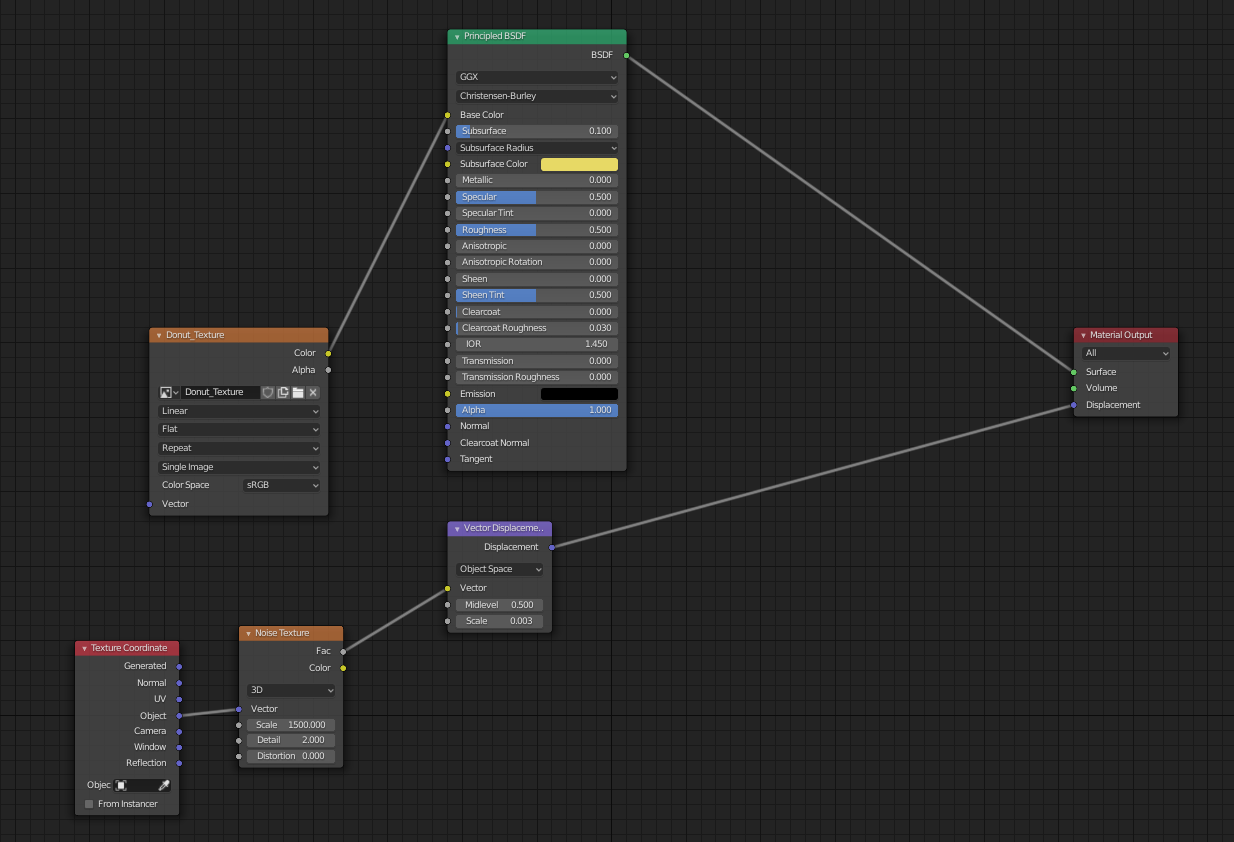 The red dots are appearing because of Subsurface Scattering (SSS), or translucency. When you turn on SSS in Cycles, there will be strange colored dots unless you render at a higher sample count. Some possible ways to solve your problem are

Not the answer you're looking for? Browse other questions tagged rendering 3d-view or ask your own question.

2
Orange squares appearing on render?
3
How to reduce Noise in a Dark Cave scene
13
Why is this environment texture image showing only a solid color in the 3D view, using Cycles?
0
Rendered view different than camera view in Viewport
0
How to make the Grid floor Axes (X and Y) visible with plane on Z height 0?