What settings do I change to render an animation of 60 fps instead of 24 fps for video editing? 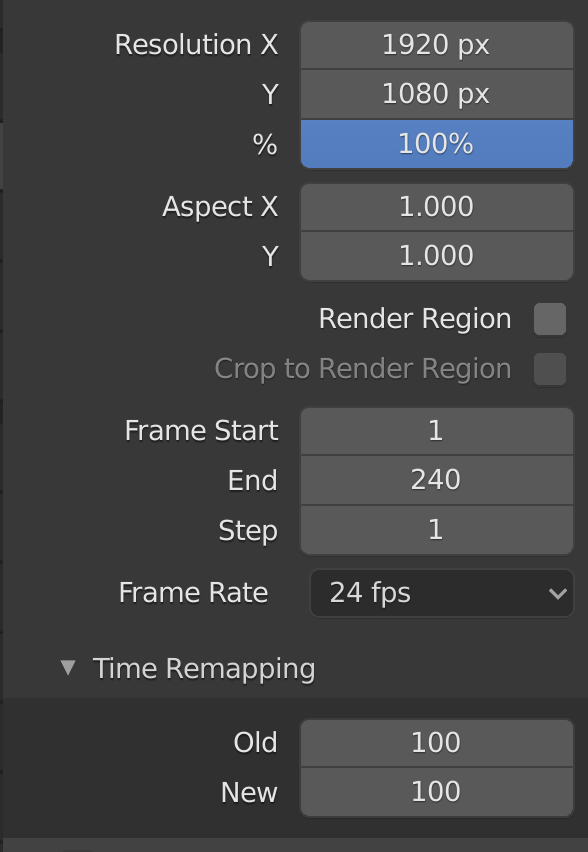 I rendered an animation at 24 fps, but I need it at 60 fps for rendering. At 60 fps, it's going to take around 6 hours, so I don't want to mess anything up. How do I change the fps without changing the video speed? Also, do I have to rebake my fluid sim? My current render is 240 frames with the step at 1 frame.

Time is a relative concept when it comes to video and framerates. If you want a second of video you need as many frames as the framerate (time base) you are working on. For example: a single second at 24fps needs 24 frames.

If you generate 60, then you need to playback at 60fps to get that same second on the screen, or you need to play some frames and drop (ignore) others if playing back at 24fps.

If your goal is to have more frames to be able to stretch the playback and generate "slow motion" or speed ramps without having to interpolate frames, then render the animation at 60fps or higher and play back at 24 fps so that those 60 frames will play over two and a half seconds (roughly)

What is the difference between changing framerate and time remapping? you ask.

If you change the "framerate", you will generate more frames for every second of video. The playback speed will need to increase as well to keep a second still a second. Most video editing software (not blender's VSE) can deal with different timebase for elements on the timeline.

If you use the "time remapping" settings in blender you will be changing the global speed of the whole animation but keep the timebase (framerate). If you set Old to be 100 and and new to be 200 your animation will play back in more frames within the same framerate. A second of the original animation will occur over two seconds now, creating two seconds worth of frames. You will need to adjust the Frame Start and Frame End settings for the render to accommodate for this change.

The decision is yours on which one to use,but in either case you need to re-render and bake the simulations again.

What you want to do is impossible.

If you render an animation at 24 fps, then the only way to make the video look natural (not sped up or slowed down), is to play them back at a rate of 24 images a second.

What you are trying to do is play them back at 60 fps, but you only generated enough images to play them back at 24 fps. This means speeding up is inevitable because you have to somehow be able to squeeze each image, which should last 1/24 of a second into lasting 1/60 of a second to achieve the higher framerate- and there is no setting in Blender (or anywhere else for that matter) that can magically generate more images.

So the ugly truth is if you really want a 60 fps animation, you will have to render everything again, and also stretch the animation timeline because if you don't, things will be sped up (because of the higher framerate, again). The fluid simulation will also need to be rebaked.

But then again, a 60 fps video is highly undesirable and you might want to rethink trying to make an animation that smooth. Social media platforms will limit the framerate to 30 fps, and most people can't even tell the difference between any good framerate unless they really try to look at it.

So the conclusion is that, if you really want a high framerate, then yes, you will have to change a lot of things. But other than that, everything is fine. Frame rate should not be of your priority, many more people care about how the video looks instead rather than how smooth it is.

It's also possible to scale using graph editor like this. I use scaling often in those editors to make movement smoother etc.

This way you could do slomow as well

16
How can I modify the frame rate without changing overall animation speed?
3
How many frames are there in one minute Animation?
3
When I Change My Frame Rate from 24 the 60 fps the particles go ultra fast and are not normal speed anymore

1
Boolean modifier - surface vanishes
1
Synchronizing object takes too long
2
Denoising Animations in Cycles
0
Can we change the frame rate for a video to 24 after the image sequence is rendered with a different fps, say 30?
1
Is there a way to keep the frame range but skip first n frames
1
Render in less than 24 fps
1
Rendering every other frame to 29.97fps
0
How to speed up Animation Preview