I want to create very thick and defined white smoke. Should I model it with displacement or use the smoke simulator? Note: this is a still image.

It's a lot easier to get realistic results with the smoke simulator, however it will take longer.

A quick (and rather terrible) attempt at mesh smoke: 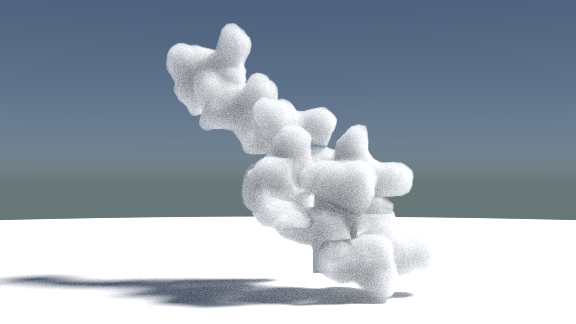 To create the mesh smoke I used a subsurfed cube with a displace and a remesh modifier, which I extruded randomly and duplicated around in edit mode. 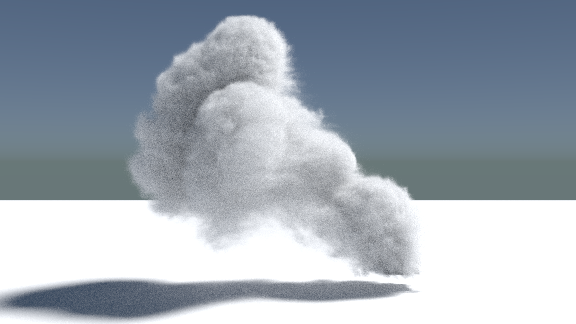 There are some tricks to getting smoke sim bake times down for a still, for example you can use a faster time scale and/or a quick moving particle system as the emitter in order to get the smoke into position in a smaller number of frames.

You can set the bounces in Render settings > Light paths: 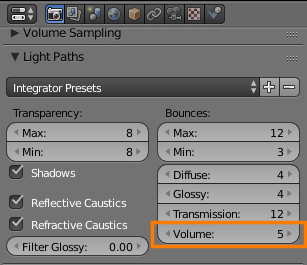 Also make sure you have a pretty dense volume shader with scattering.

For a smoke sim a simple way to tweak the density is with a multiply node:

10
How to create and render clouds in blender cycles

5
How to fill an object with smoke
2
How to make smoke made in the smoke simulator transparent?
5
Smoke Flow Type “Fire” vs “Fire+Smoke”
0
Blender Render (Internal) How to control smoke direction?
0
Smoke render is too thin