First: Thanks to R-800 for his/her quick answer. Though, it wasn't really what I looked for.

I try to be more specific about my former question: I have an animation of 1200 frames. My objects perform some motion until frame 200. From frame 200 to 360 my objects rotate about the z-axis completing 2 full cycles and then move further. I created the rotating motion by inserting key frames every 10th frame rotating the objects 45 degrees further. Thus at frame 360 my objects have a rotation angle about the z-axis of 720 degrees.

That's where I'm stuck now. Of course I could set all the following keyframes after f520 to the correct rotation angle. But I thought there must be an easier way. 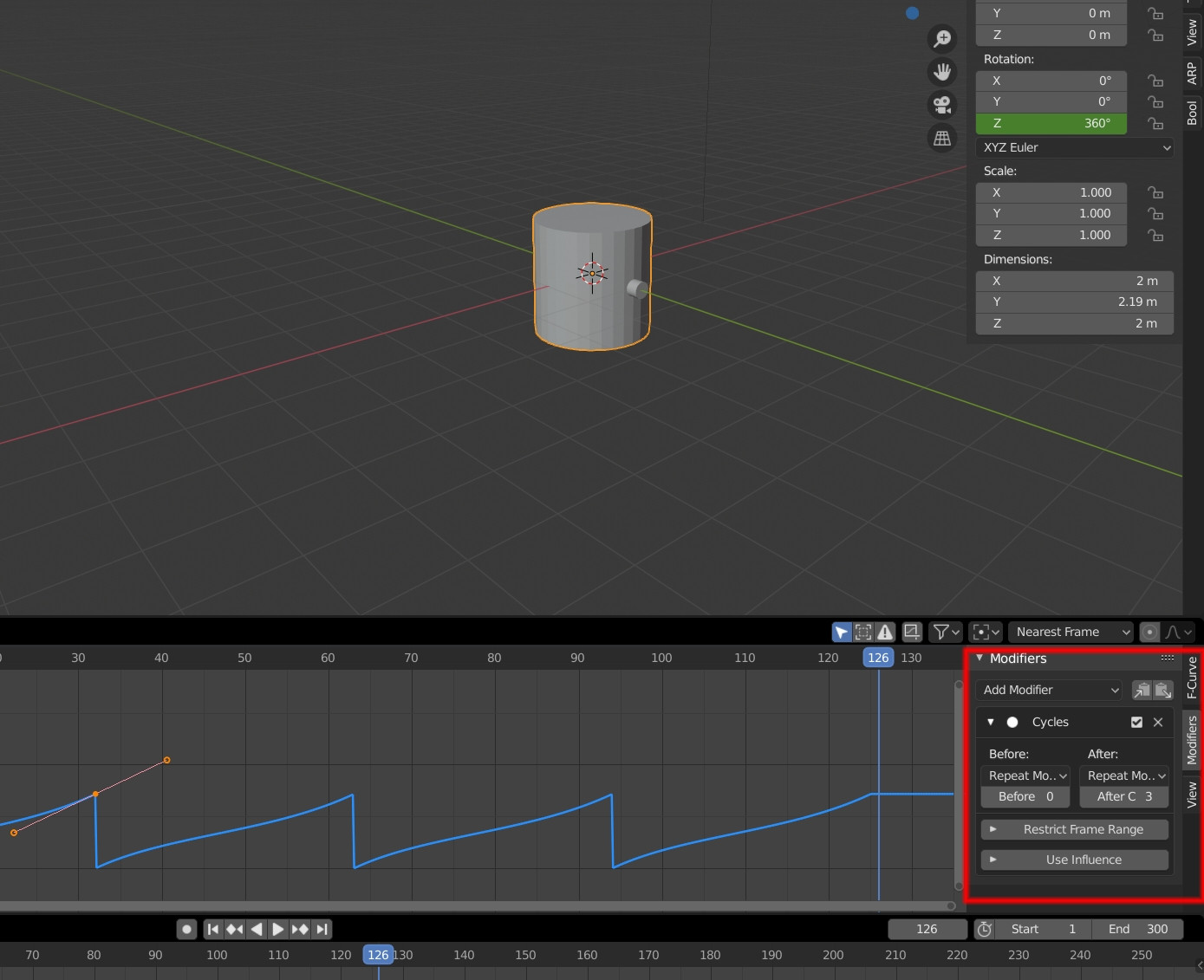 In my example, I created two keyframes on the Global Z axis to make the cylinder rotate 360 degrees in 32 frames. Instead of making extra keyframes to add additional revolutions, I was able to create a cycle modifier, which automatically extends the rotations indefinitely. Setting the Repeat Motion: After field to 3 allows me to add three repeated revolutions to the original one, giving me four revolutions, total.

You may find, as I did, that something odd happens to the final keyframe in the original F-Curve after adding the Repeat Motion restriction, causing the cycled loops to have timing which does not connect seamlessly. I had to manually adjust the handles on the final keyframe for the original F-Curve after setting this up, for reasons unknown. Might be a bug. Just giving you a heads up.

1
How to make python script check some value every frame
1
Rotate a cube around Y axis m*360 degrees in 200 frames?
7
How do I rotate an object along it's own axis (windmill)
0
How can I have the bones of my armature find the most direct path when reseting their rotation?
0
how to rotate an object (a line) diagonally x,y
1
How can i get the change in value of an objects rotation between the current and previous frame, and use it in a driver
1
Rotation animation wobble