How to toggle grid lines that are displayed in wireframe mode?

I'm following a Blender Guru tutorial on how to make a coffee cup. When looking at the cup in wireframe with xray & edit mode on, his screen has no extra gridlines between the vertices/face. Unlike mine which adds gridlines between everything. How do I remove them? 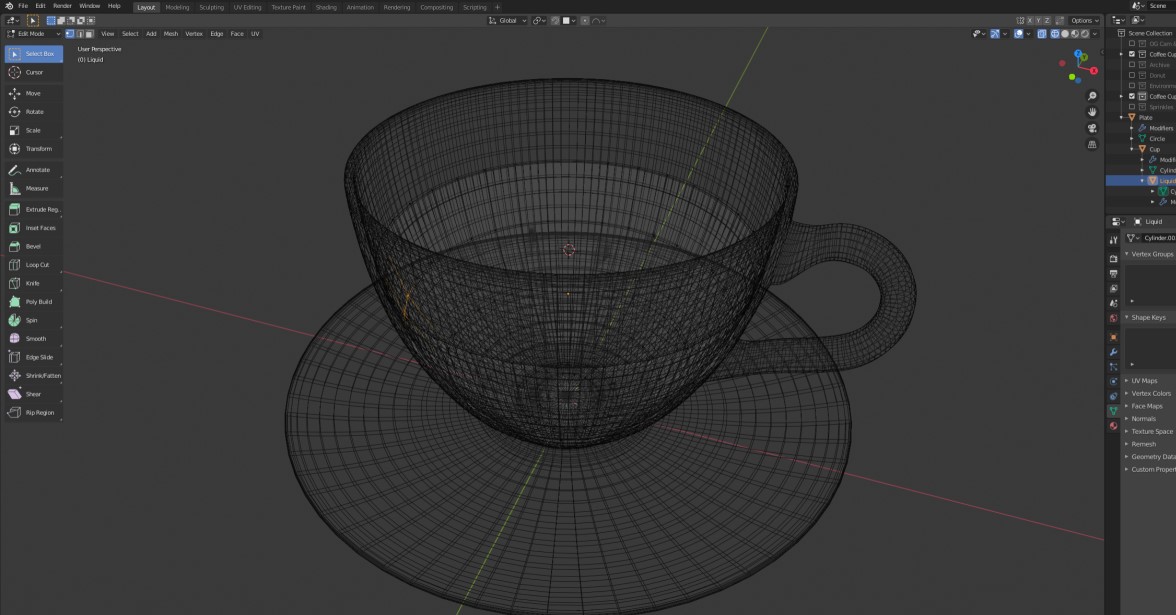 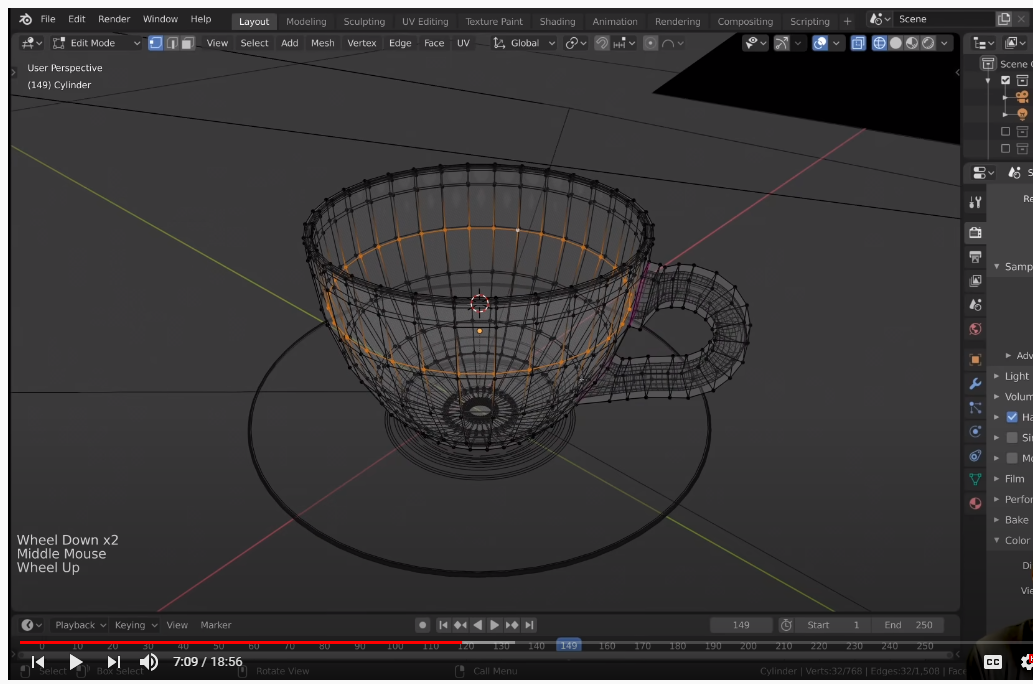 I'm using Blender 2.82. This is the tutorial in I'm referencing https://youtu.be/7w-m13ykLN8?list=PLjEaoINr3zgEq0u2MzVgAaHEBt--xLB6U&t=429

What you see is the Subdivision Surface modifier effect on your mesh. Disable its visibility, or, as Frederik Steinmetz suggests, enable the Optimal Display option, but in that case keep in mind that you won't see the real mesh but its deformation through the modifier.

If you go to Overlay (next to Xray mode) and click the down button; under Geometry, you will see Wireframe (underneath it would be face orientation). On the side of wireframe you will see the value of 1. If you change that to 0.500, it will reduce the number of lines you see in wireframe mode.

The problem is that Blender Guru used Blender version 2.81.12 in the mentioned tutorial, while you use a newer version where as there are some (more then 2 ways to change the amount of displayed wireframe geometry). Mentioned wireframe display, Simplify override as well as display options of modifiers and most likely some i don't even know.

I believe that the easiest way for you should be to activate the Optimal Display option in the subdivision modifier.

I can't be 100% sure if Andrew Price activated the mode without showing it, but such things are so small and happen often enough off screen.

That said, the Optimal Display should solve your situation. Also, this option affects each object with the modifier separately.

Not the answer you're looking for? Browse other questions tagged modeling 3d-view editing wireframe or ask your own question.

4
Hide wireframe in edit mode
0
Why my mesh doesn't look “solid”?
5
What are the blue lines in a wireframe
2
Strange Lines Appearing In Object View Wireframe Mode
0
Scaling Question On Blender 2.79b
1
Why are there dotted lines in wireframe in 2.8?
1
Why does the Multiresolution leave bumps in my mesh?
0
How do I use the alt left-click shortcut to select an edge loop without making the closest vertex active?
0
Viewport shading hotkey? Wireframe toggle?