I am trying to add colour to a mesh object where the colour varies based on the z location of each vertex (similar to a heat map). I am able to do so using the nodes editor (cycles render) 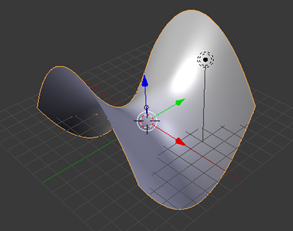 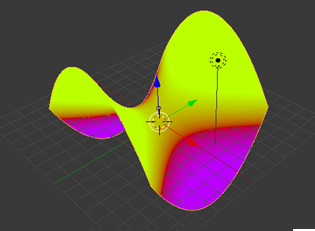 Could someone please tell me how to achieve the same (or similar) result using scripting in a very simple way? I have currently made this mesh in the following ways.

I was hoping for a similar way to edit the colour of the mesh, where I select the vertices individually and then assign a colour to it based on the z location of the vertices. I am just not able to find the right python command to edit the vertex colour.

For this case I think node material is the easiest way to go. Added a link to bottom that similarly to @IsawU's answer (or at least I think so) writes a value to a UV map

AFAIK the generated texture space box around an object maps 0 to 1. ) Object Properties > Viewport Display > Texture Space We can plug this straight into a colorramp

After arbitrary resize and change yellow to blue 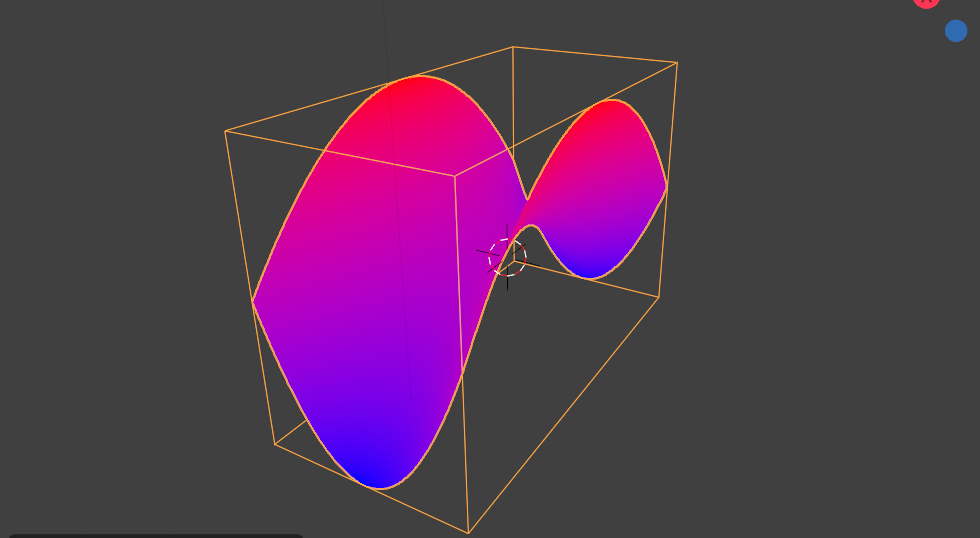 set a specified vertex color to black via python

How to get random color variation on a single mesh?

I have devised a way to do this kind of hassle free.

To set up your scene like me, you need:

When you hit run script you should see 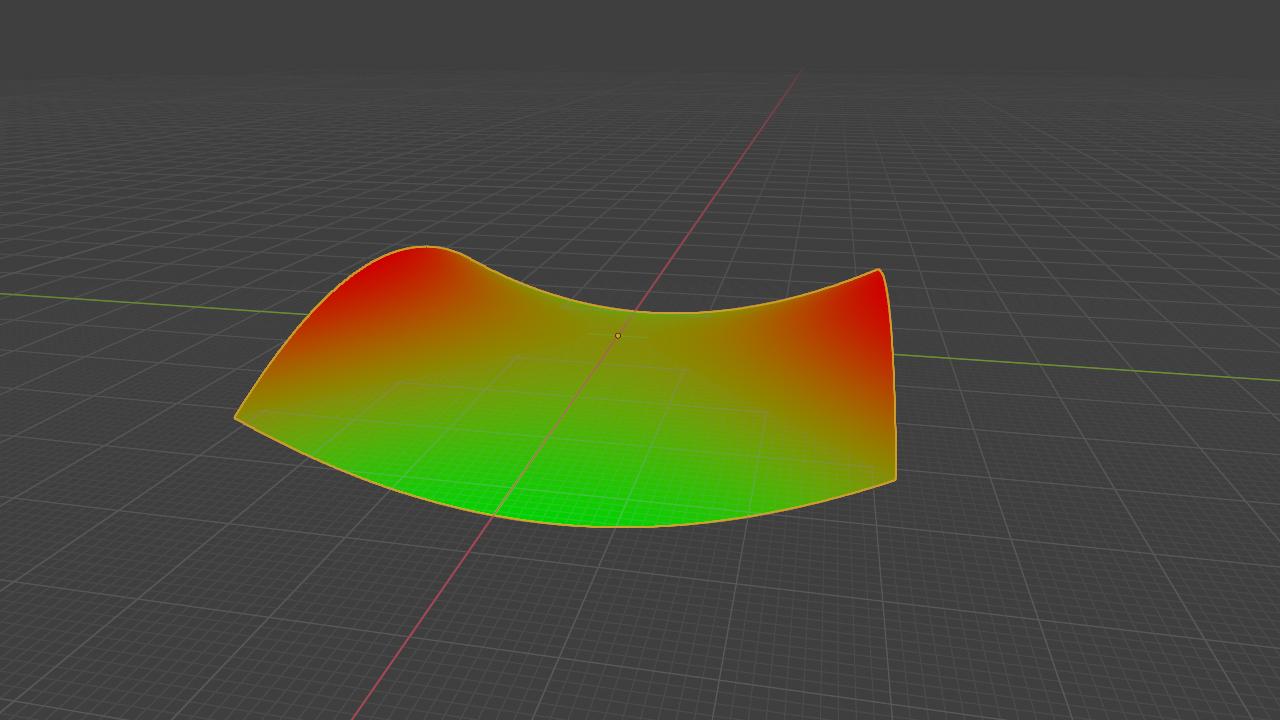 The function runs from -32 to +32 on the X and Y axes to make the script a bit easier thanks to vertices with integer X and Y coordinates, but we would typically require a finer grid around 0 and so I use (kind of improperly named) zScale when displacing the vertices

Feel free to adjust zScale to quickly preview how the script behaves when the Z extremities are more extreme.

How does it work

Edits I leave up to you

The commented out section at the end of the code

I was playing with an idea to use the depth buffer to color the graph.

Works even if you displace the vertices on the Z axis by hand.

The how does it work section should allow for the code to be reconstructed at any time, I will drop here some answers for reference:

Not the answer you're looking for? Browse other questions tagged scripting materials mathematics or ask your own question.

40
Control Cycles/Eevee material nodes and material properties using python?
28
Is it possible to create image data and save to a file from a script
27
How can I set and get the vertex color property?
19
How to access Render Result pixels from python script?
10
How to get random color variation on a single mesh?
6
Applying per-vertex colors to new Bmesh
2
set a specified vertex color to black via python
2
Setting per-vertex colors
1
Using 'Float Property Layers' value in Node Editor (similar to Vertex Color)
0
how to programatically color an arbitrarily large number of faces
See more linked questions

14
Access skin modifier radius data
2
Editing a mesh in proportional mode from script
0
How to make this script to quickly set specific weights? (Screenshot attached)
2
Map pixels to a grid of faces
9
Animation nodes for geometry line art?
3
How do you mathematically reverse a perspective transformation?
2
Selection based on UV and Texture