I am looking for help with an issue I've encountered while editing a mesh extracted from a game. Basically, I have two objects that are connected together but UV mapped differently, so I can't joined them, but I also have a seam that shows up where the two objects meet. Here's a screenshot: 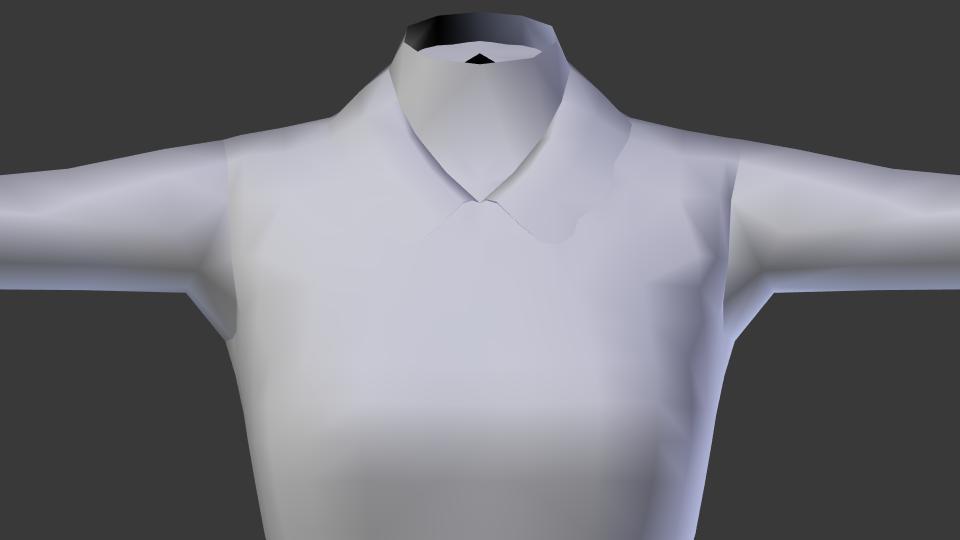 As you can see, there's a clear seam around the shoulders, which I would like to correct in order to have something like this (I did this by joining the two objects): 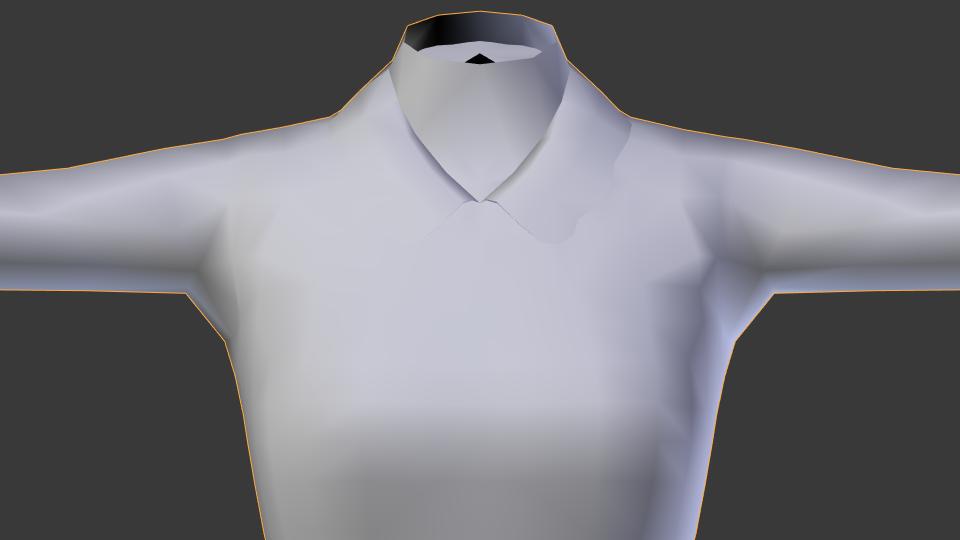 Now, I know I could remap the entire thing, but that would take too much time and I already have a texture for this so it means I would have to adapt it as well, which would probably make it lose a lot in quality. So it is kinda out of the question.

I've looked everywhere to find a solution. I think it comes down to the normals needing to be unified somehow. I've tried the TiNA add-on (which helps transfering normals from one object to another) but that only partially fixed the problem, and for some reason Blender just crashes when I try to export the mesh like that (which can be because I'm using a plugin that allows me to export into a very specific format, I admit I haven't tried to export it using a more conventional extension but I would still need to export to that format anyway).

I've looked into Youtube videos and posts, like this one here or this one here, and I followed those steps but that seems to be changing the neck in a way that I didn't have on my source object (the one I joined). As for other posts and videos, they don't seem to be explaining what I want to do. Or maybe they explain the basic understanding of it, and since I'm still new to this, I just don't get it. I know nothing about baking and normals to be honest.

Anyway, I hope I didn't bored you to death. If anyone could help me with this problem, I would really appreciate it! Thanks :)

Browse other questions tagged mesh normals or ask your own question.

2
Editing Blender normals
3
How to center a cylinder on an existing hole in a mesh?
11
Manually Position Vertex Normals?
0
Ungrouping objects connected via a vertex
2
Fixing normals after separating mesh into new objects
0
Not able to paint onto certain area