Importing trajectories to create an animation

I am using blender to model a robot in my own robot simulator. To create better videos of my simulation results, I would like to log e.g. the positions and orientations of all segments to a log file and import that into blender to create an animation. Is there a canonical way to write such log files, or is there even a python module already out there?

There are several easy ways to exchange data, common formats are .csv or .json and both can be written and read easily.

The timestamp could be as fine grained as you want, or 24 frames per second. Exactly how you turn the information into an animation is entirely up to you and can also be entirely scripted.

Here's a movement.csv, which uses a frame number instead of the timestamp, simply because it makes the example more convenient.

To start off you might want to simply key-frame some empties. Let's say we have 48 lines of data for 3 points in space, and they describe these arcs (though can be any complex path) 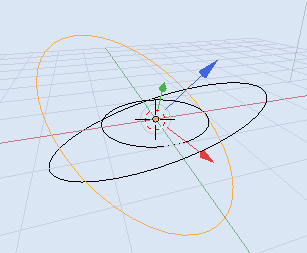 Not the answer you're looking for? Browse other questions tagged python animation scripting import or ask your own question.

8
Import a csv animation path using animation nodes
1
Is there a way to insert keyframes for a group of frames using python?
1
AttributeError when adding keyframes in draw function

1
Create a file that contains object *and* movement data that can be imported to Blender
2
BGE: Refer to keyboard event boolean problem
0
How to create and assign a group to an fcurve with python script?
2
Sequentially importing .obj files becomes drastically slow very quickly
0
Running Blender via Python