Is it possible to apply a texture so that it looks like it is actually ON the mesh and not PROJECTED on?

So I'm working on a sci-fi piece and I have an object/mesh called "shell" which has two sides. The inside is to be textured with a wireframe texture so it looks like there is a protective mesh lining the inside of the shell.

My issue is as you see in the images. The way it unwraps the mesh the texture simply looks projected on from a particular angle instead of actually curving and following the contour of the object (as if it were really lining the surface).

Is there an unwrapping technique I am missing? 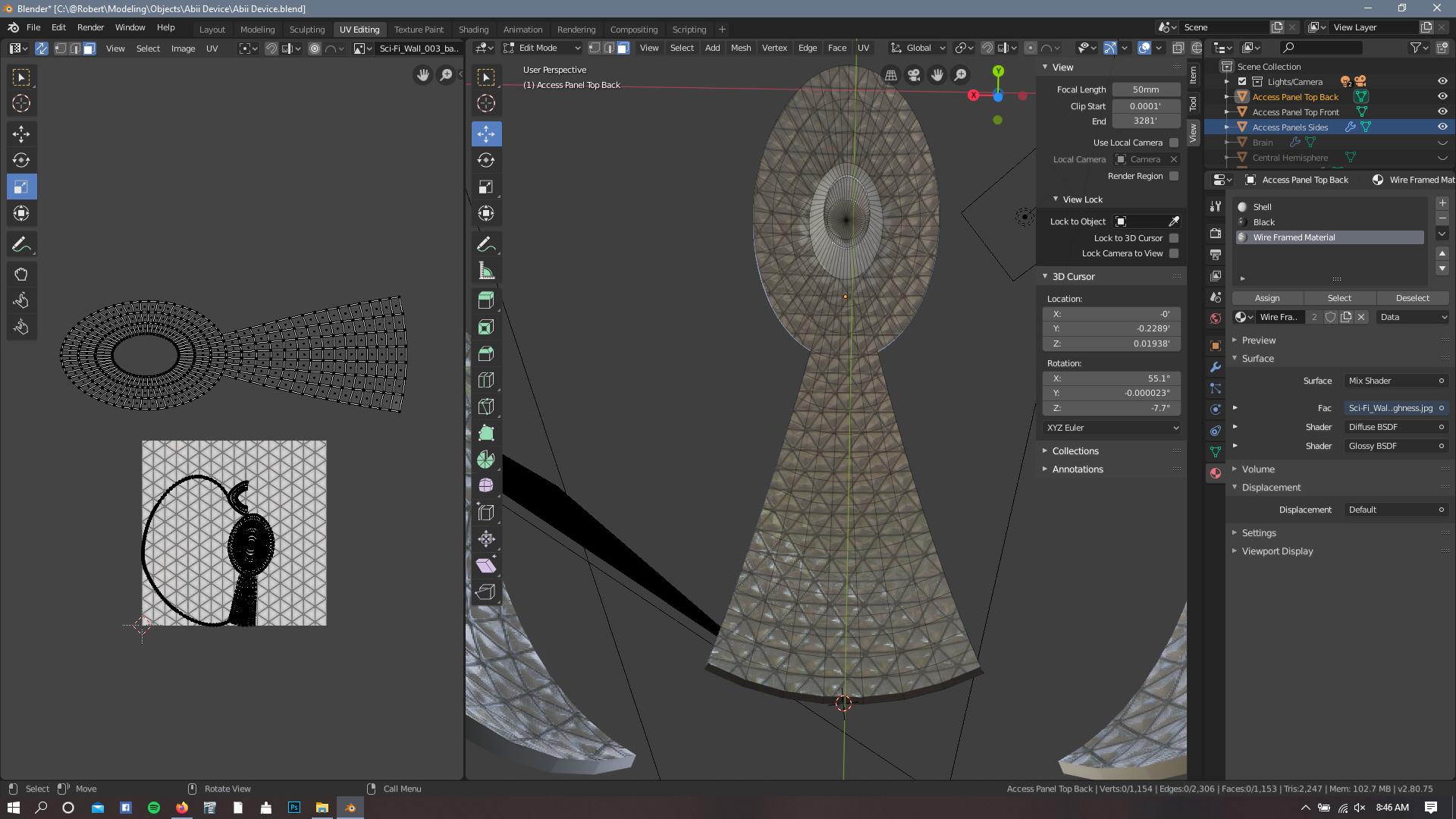 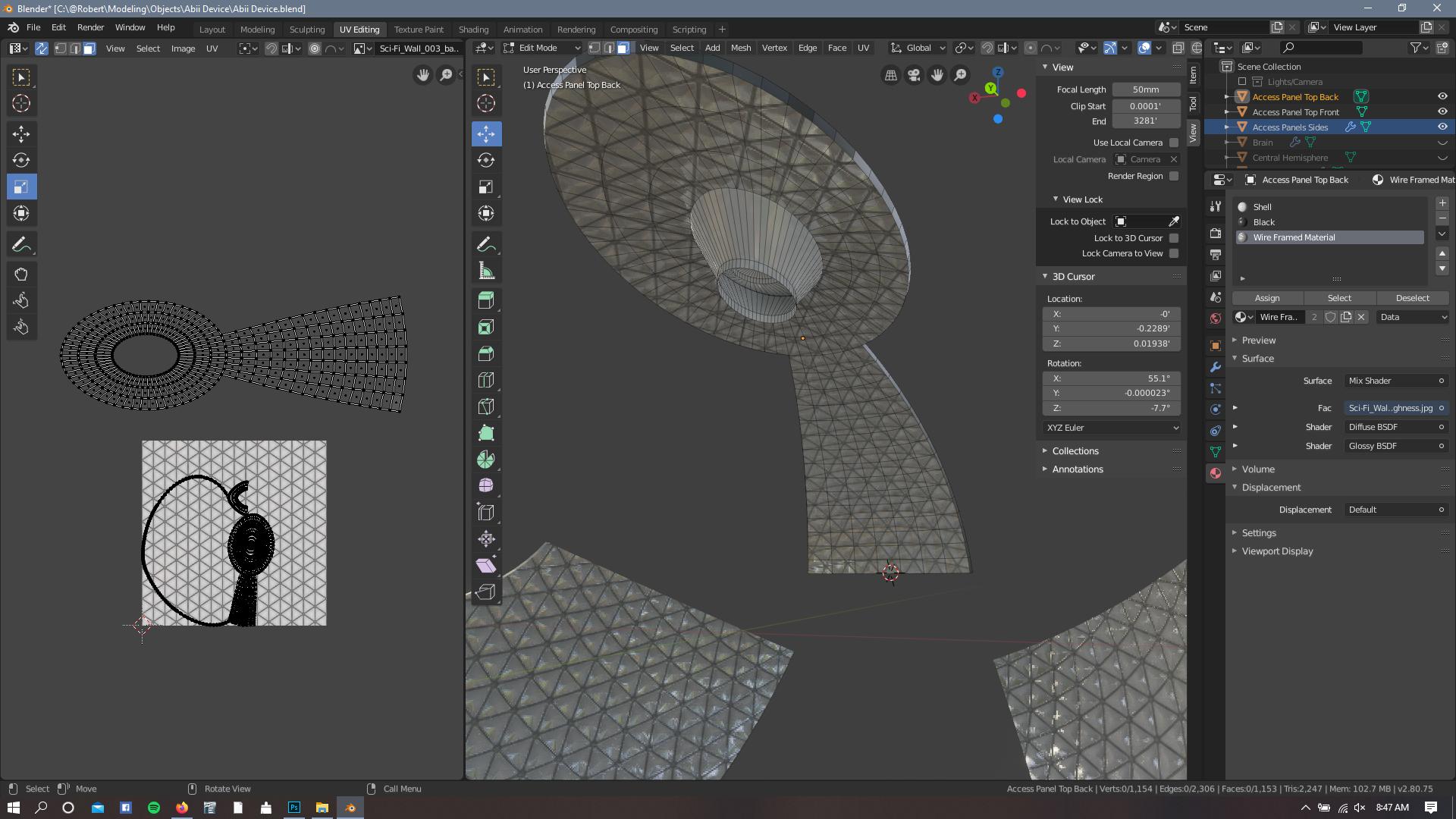 modeling mesh texturing
Share
Improve this question
asked May 14 '20 at 16:00

I guess you need a Hight Map node in your shader, I've seen people use the same image as both the hightmap and the texture itself, but they say it will not always work correctly.

You should and connect it to the displacement entry of the output, study a little about how to make height map images to use alongside the texture maybe.

To make the texture follow your object's topology, you need a rectangular UV map.
Either for the whole mesh, or just part of it.

Since I don't know what 'flow' you're looking for, here are two basic examples:

Mesh with a projected UV map (what you have now) that keeps the texture undistorted... 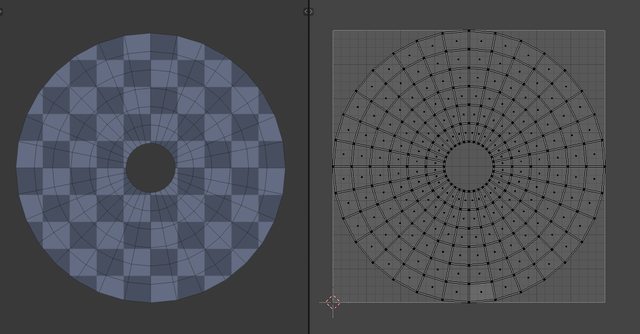 ...and with a rectangular UV map where the texture follows topology. 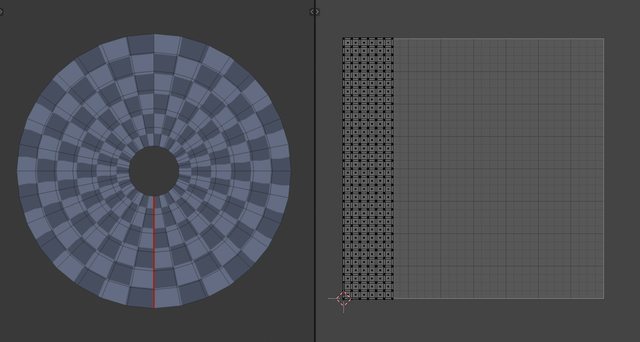 Not the answer you're looking for? Browse other questions tagged modeling mesh texturing or ask your own question.

5
High Poly Mesh UV Mapping
5
How to Mix Face Textures Across UV Edges
1
Why is this UV map going horribly wrong?
0
Apply texture to mesh that has been extruded
1
Problem with an UV map (doubled mesh) and texture painting