How to render alpha channel and depth map quickly without having to re-render the whole animation?

So I've finally managed to complete my first animation, it's an animated version of a scene build I created and I decided to outsource it to a render farm for completion. Now that I've got it, I've realized that its extremely noisy and the video has no depth or alpha output in the compositing tab probably because I outsourced it. Now my question is, if I've got the .blend file from which the animation was rendered, is there a way to reproduce an alpha and depth map quickly without having to re-render the whole animation? Or even still, what if I render a still image (the animation contains only very slight movement, like an animated wallpaper) and took its depth and alpha outputs and apply them to the depth and alpha of the denoiser.

Edit: Just to clarify, I have tried to denoise without the use of a depth and alpha information but the results are poor. Most of the image does not move at all, its only a few centered object that float up and down.

You can try to denoise any image or image sequence with the compositor, without denoising data. The result will obviously not be as great as if it was using denoising data, but you won't have to re-render everything. 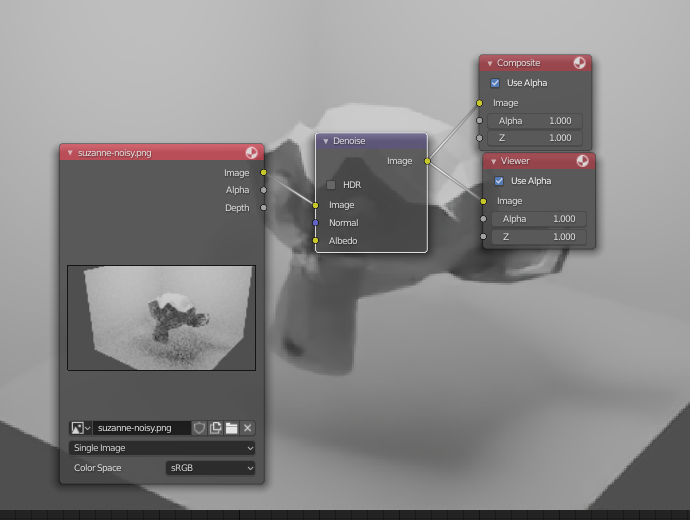 Not the answer you're looking for? Browse other questions tagged rendering animation render-layers denoise or ask your own question.

0
Blender can denoise its own animations. Can it denoise a live shot?

9
How to save still renders straight to disk like animations?
1
How can I render an animation without any texture
2
Denoising Animations in Cycles
8
How to denoise animations using Blender's Temporal Denoiser?
1
Exporting a Denoised Composited Image Sequence