I used a Boolean operator on a cylinder to punch a hole through my vase (see image). I want to bevel the edges of the hole. How can I do this? The vertices of the hole don't align with that of my vase. 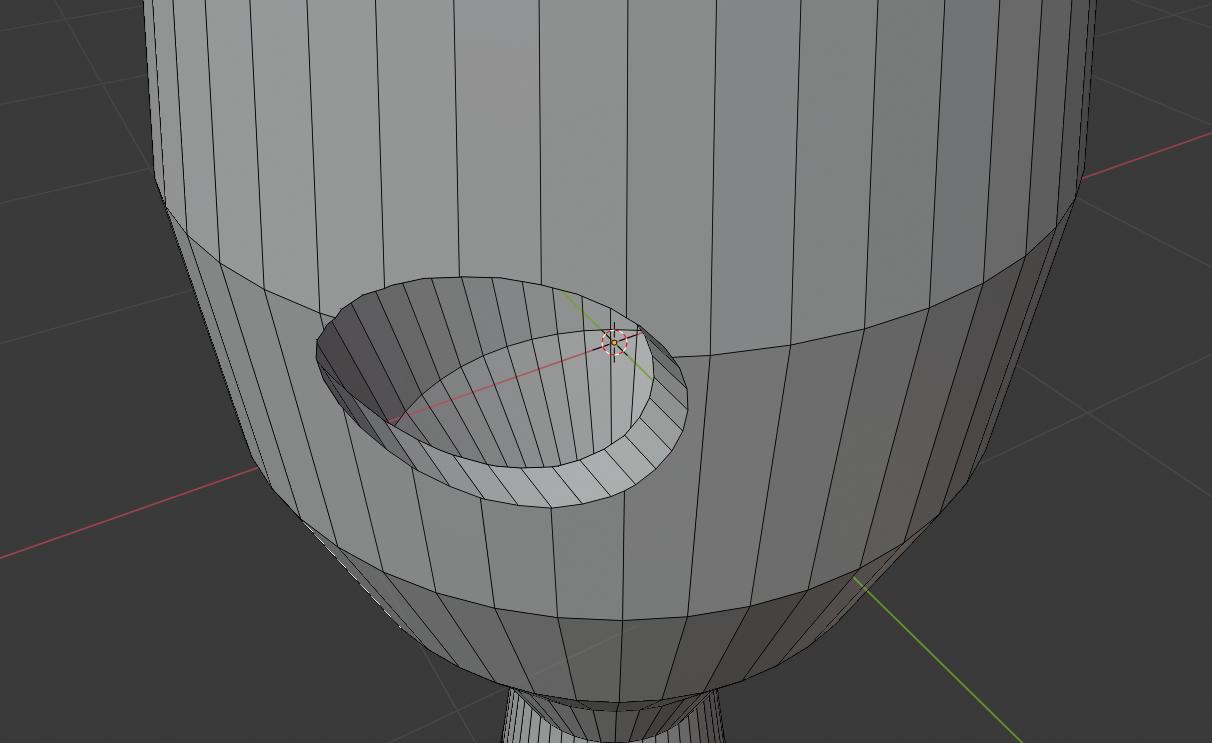 The reason the vertices don't line up is because the boolean makes its cuts wherever the two surfaces intersect. This leads to all kinds of artifacts and other issues and is often not ideal. For this reason, booleans are often a bad choice when we need very even topology after we are done modeling. That said, you may still be able to bevel, provided you don't need the bevel to be very deep. With the desired edges selected in edit mode, press Ctrl-B. This will allow you to create a bevel by moving the mouse to determine the extent of the beveled surface. However, be warned: As the included pic illustrates, you may have trouble because of your uneven topology. If you do, you will need to remodel the area of intersection so as to give the edge to be beveled better surface flow (or at least, to give yourself more room to create the bevel). Based on your pic, I would say almost any bevel you create is going to cause a problem like the one I'm showing in my image. What you don't want is edges crossing through other edges or vertices as you adjust your bevel (which is precisely what my image shows happening in the third frame). If you don't want to remodel anything, then consider redoing the boolean, and take care to ensure that no vertical spans on the cylinder that you are cutting into happen to intersect with the hole made by the cylinder that will be doing the cutting. If you can ensure that, then your bevel will probably work, though it will have ngons and possibly other odd edge artifacts even under the best of circumstances. Sadly, the only surefire way to avoid all this trouble is to avoid using booleans altogether.

In the first frame is a bevel performed after a boolean, while taking care to leave sufficient room between the intersecting objects to ensure that the bevel edge will not later encroach on any other edges. If you look closely, you can see that there is still a problem with extra edges forming in the bevel region, due to bad topology. The second frame shows what I get after deleting theses extra edges and then adding topology sufficient to get rid of all the n-gons. This isn't exactly pretty topology, but this should hopefully illustrate what can happen after using booleans and what kind of outcome you should be working to achieve so that you can create your bevel without inviting further complications. Note that because of this extra effort, if I was now to add another bevel to the rim of the object in the second frame, I would not have any more issues.