I am animating a locomotive which is an a 3rd party model with wheels and brackets that were animated - which I'd like to keep. However, it was done strangely, and the parenting relationship is hard to follow.

I've already fixed it partly, and the train animation runs fine, but any kind of additional parenting to animate the train in motion breaks the local animation of the wheels turning and brackets pumping.

I have tried parenting the whole lot to an empty to animate that, but as soon as it is animated the local animation breaks. 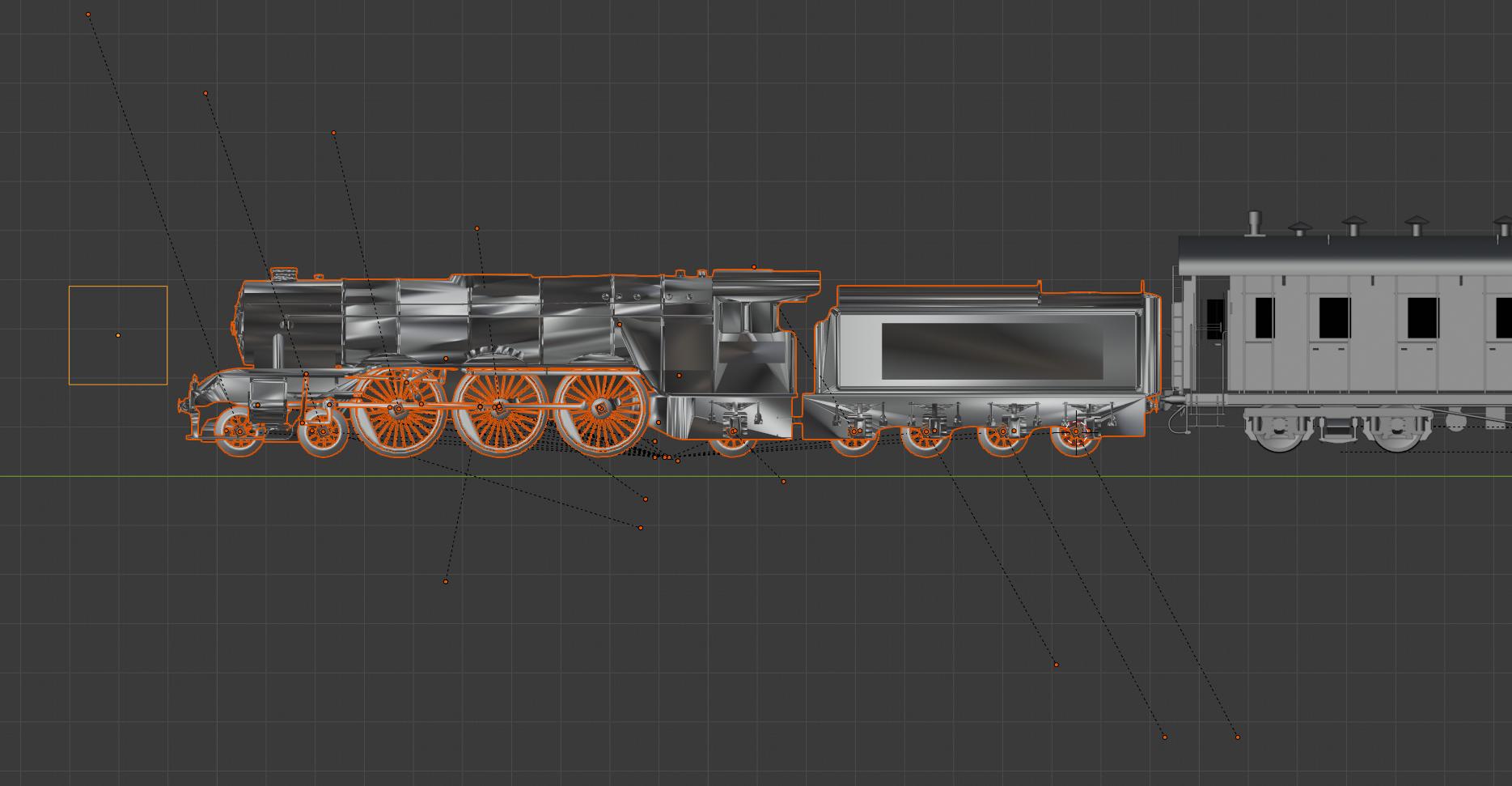 animation parent
Share
Improve this question
asked May 12 '20 at 15:40

So I think I have figured it out...I managed to track down the empty that was the parent of "some" of the brackets and wheels. It was just an orange point, but once THAT was parented to the empty in front of the train and the train body (the parent of everything else) was hooked up - it all worked. Gee what a head scratcher.

2
Unparent object but keep animated properties
1
change object pivot after animation and keep animation positions
0
I need help animating multiple rigid body hinge joints
1
How to make the child object to match the location and rotation of parent object
0
Parenting Object to Bone not Working
1
How can I copy animation from an object while it was attached as a child and then paste that animation to it after detaching it?