I am trying to render an Isometric scene for a game project. I also want to include depth / normal information so I can do some dynamic lighting in the game world in real-time.

So I have a 3D blender scene; I need to bake a cycles render of this scene into a 3D mesh that I can import into the game scene and will allow me to apply some dynamic lighting from within the game engine I import it into.

There are really two problems with this approach that I have run into. Both are related to the faces seen in the below image (highlighted) 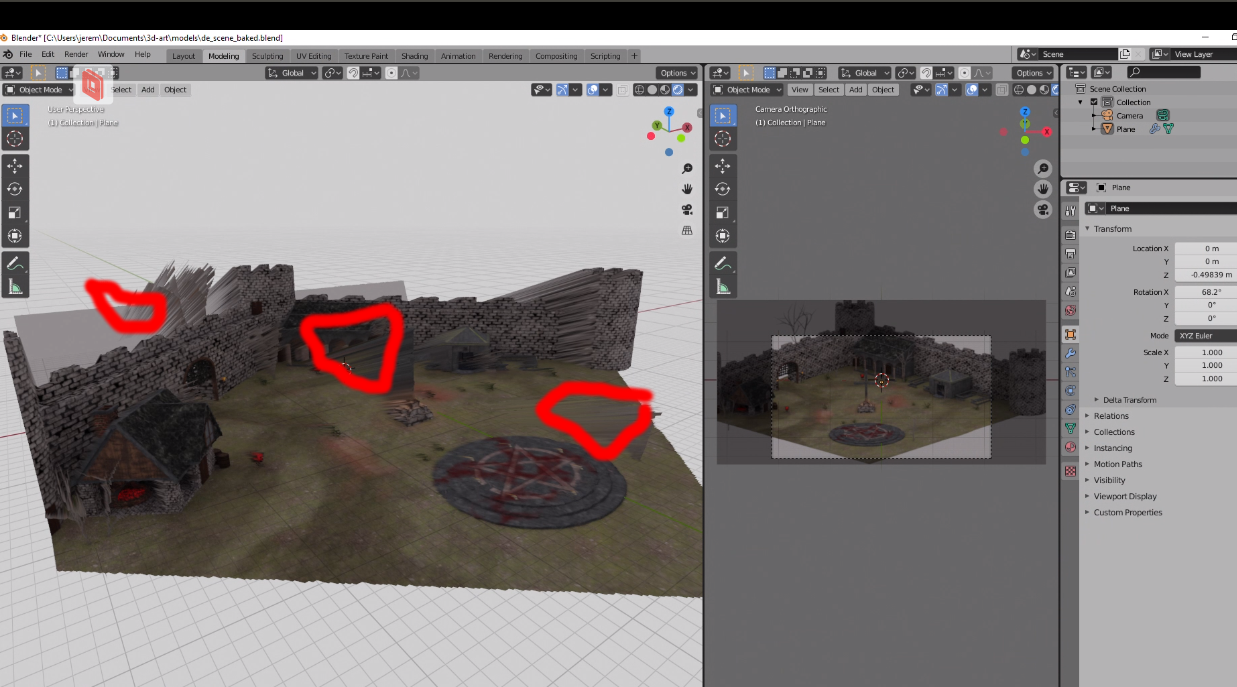 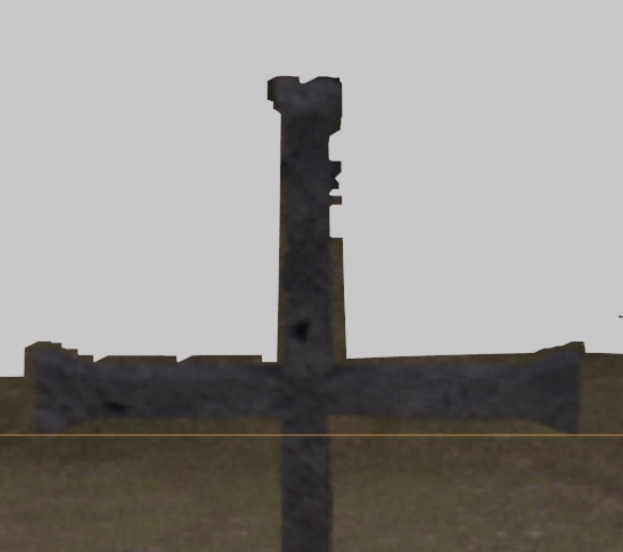 Is there any way to either solve these problems, or maybe a better approach I can take to achieve the above goal?

cycles-render-engine compositor baking
share | improve this question | |
asked May 11 at 17:48

I think you should approach this a different way.

Using a displacement map to generate your whole world probably isn't a good idea. It will actually lead to lower quality and worse performance.

When making a game, the usual process goes something like this:

When making the individual assets for a game, there is a general process that is usually followed for this too. I'll use a house as an example since you have one in your scene.

I mentioned that using a displacement map will give you a lower quality result, so I'll explain that a bit more.

Let's look at a simple cube. A modeled cube has only 6 faces, which will be converted to 12 triangles when rendered. No matter how close you get, the faces will appear perfectly flat, and the edges nice and clean. If you use a displacement map, you will need a very dense mesh to displace to get even close to the same amount of definition. If you wanted to a get an edge that appears perfectly straight and sharp, you would actually need a mesh that is so dense that each face ends up smaller than a single pixel. Otherwise you would get jagged edges, rounded edges, weird faces on the edge, or other issues. For certain things displacement maps can be great, but in general, a properly modeled and textured object can be more detailed with less faces.

If your concern is realism while keeping it easy to render, I would look up more information on modelling game assets, baking details such as normals, and how to setup game worlds using whatever engine you choose.

I know there's a lot of information here, and this still isn't a perfect guide to making games, but it should give you enough to get you started and help you find more information.

Not the answer you're looking for? Browse other questions tagged cycles-render-engine compositor baking or ask your own question.

19
Using a Normal map together with a Bump map
34
Is there really a way to make a true toon shader material in Cycles?
1
How to bake normal map if the models intersect?
1
Cycles weird baking behavior: changes to another image texture mid-bake
2
Can you stop a sun lamp from lighting specific objects in a scene?
0
Paint high-poly mesh and then bake for low-poly, OR just paint low-poly with normal-map applied?