Is there another way besides particles to make fire in the game engine?

I would like to make high pressure jets of flame for a character in the game engine.

Here is my question: What would be/is the most time efficient manner to do this in since particles aren't available in 'Blender Game'.

computer resources are no problem; I'd just like a good looking, timely way for flames.

You can add a transparent animated plane. First off, you must change the Shading from Multitexture to GSL.

it must be tiled and evenly spaced like the image below

Because there are four tiles you would check the animated button, and choose one tile along the Y and 4 along the X 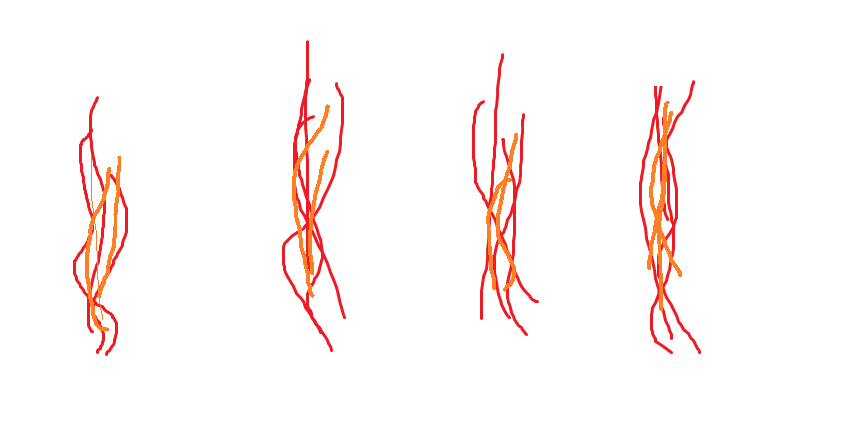 you also need to input a frames per second, and how many frames the animation should run for.

You can have an empty emitting no collision planes (the texture is not animated, the object, however, has animated scale).

The planes here are animated so they start small, get larger, and then shrink back down again before disappearing. they also randomly rotate to make the fire look more realistic. 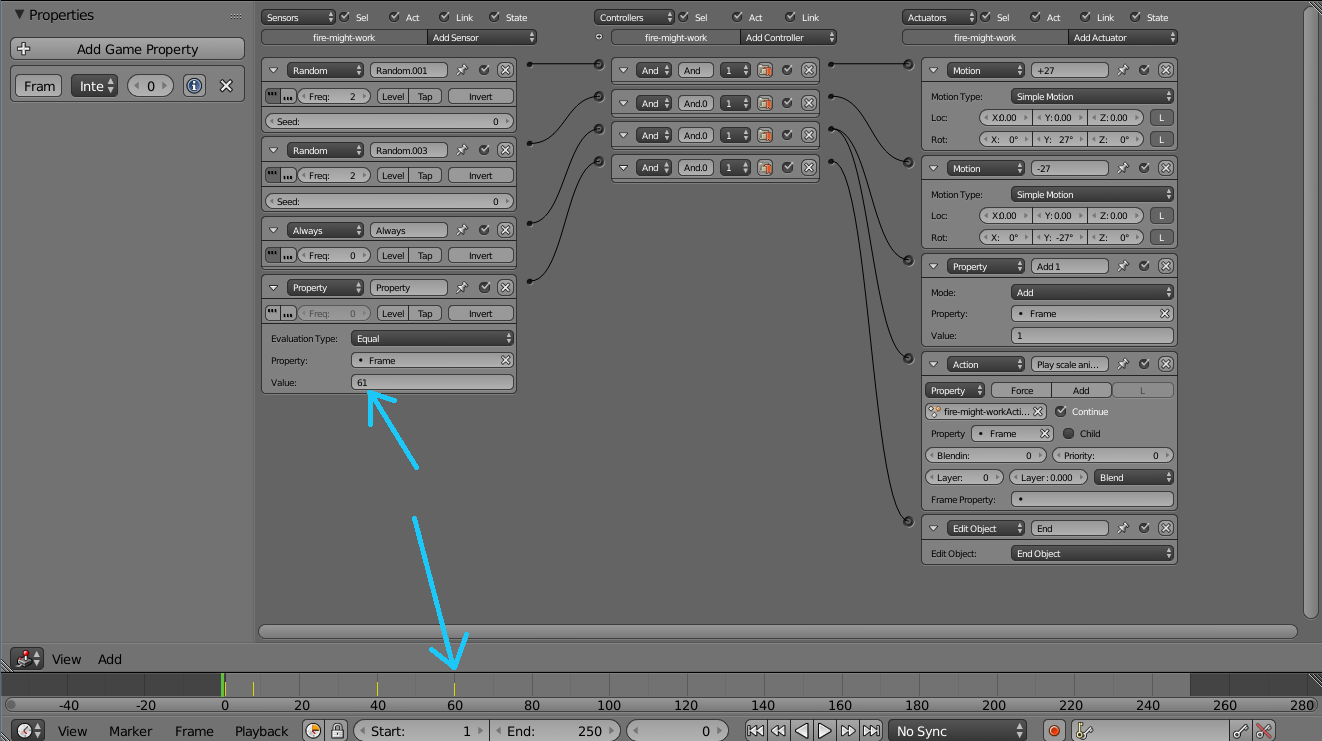 Notice that the object ends itself one logic tick After the animation finishes playing. This is only the logic for the plane with the fire texture to make it scale and rotate. it is parented to an empty that always tracks to the camera and moves along the global Z axis.

The emitters add that empty, and the empty is added with the fire plane.

Here I played around with the animation for scaling the flame, and the speed at which it rises. I am also using multiple emitters and I have adjusted the opacity on the flames to make them more transparent. I also having it randomly adding lamps that last for one logic tick to create the flickering effect.

(textures not packed, flames will be pink.)

Not recommended for Blender > 2.71

There is a particle system addon easyEmit for the BGE which produces nice results: 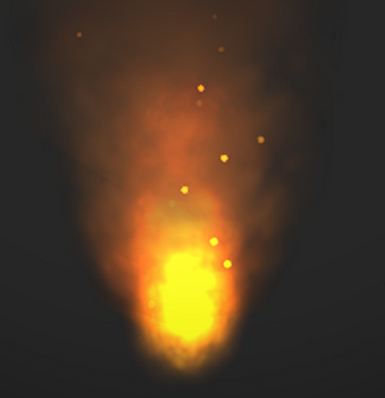 Note: I tested it with 2.72 it throws exceptions due to changed API, it would need some update. There might be an update in the thread linked above. According to the posts it should still work in 2.71.

Another one X-Emitter I've not tested (might be outdated):