Automatic weights are not being computed as intended (Topology issue?)

I have the following model, and skeleton 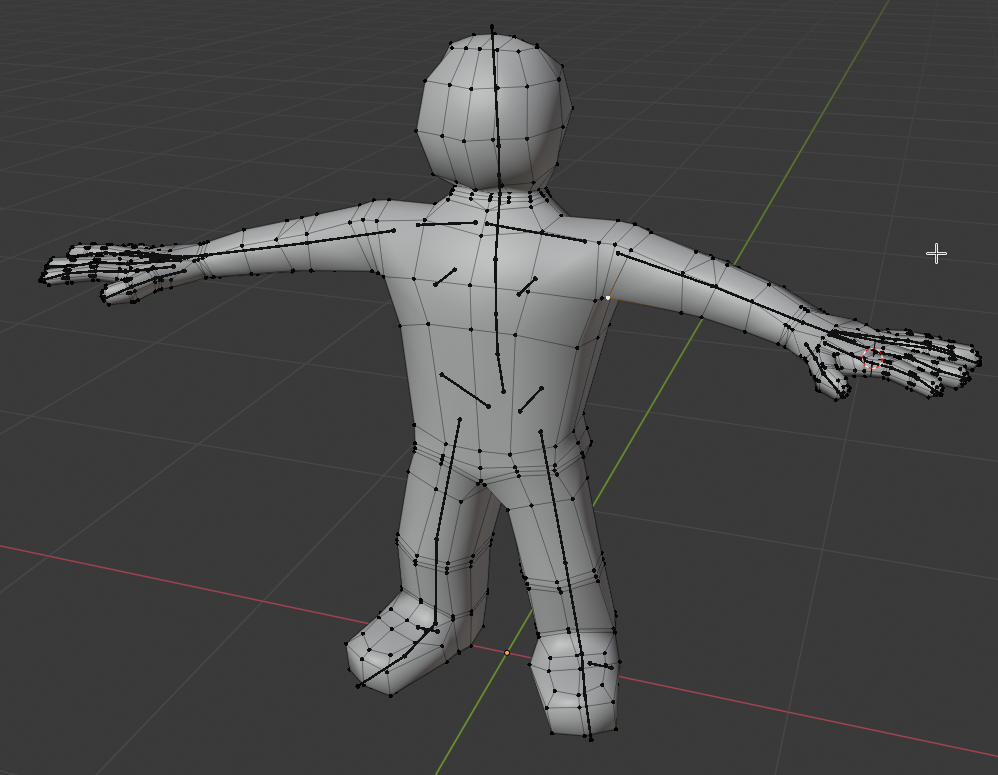 I'd say the topology is good enough, so I wanted to use the auto-weights feature to get a quick "draft" for the weights. I know this feature can be a bit rough sometimes, but what I'm seeing in this case is way worse than what I'm used to: 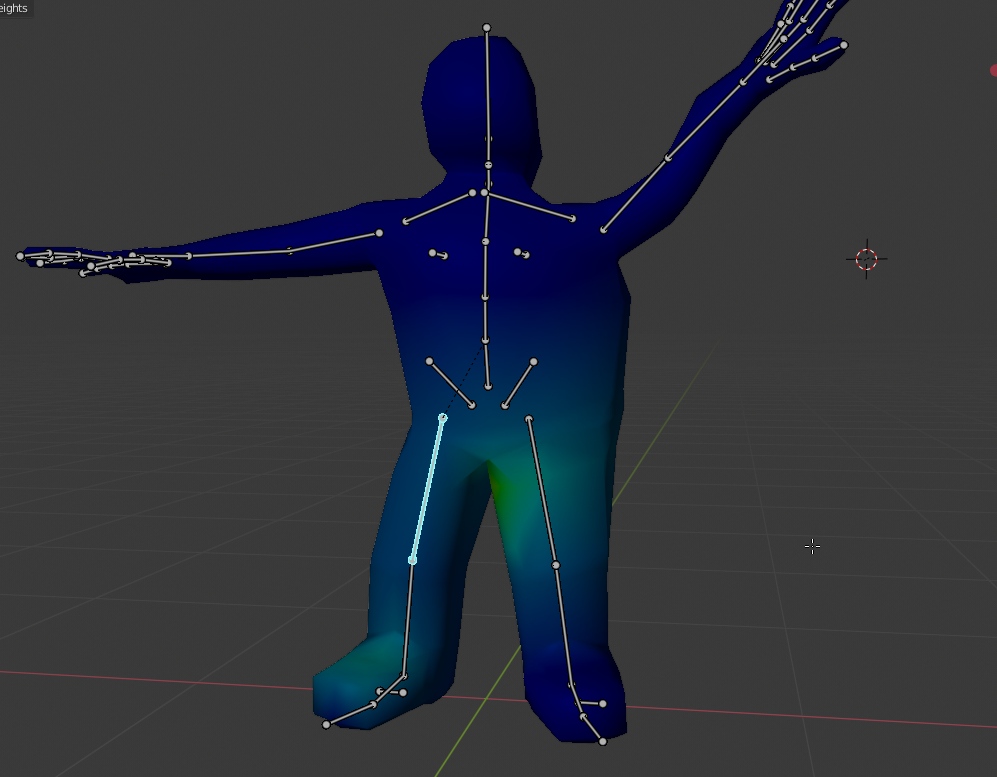 As you can see here, after parenting with auto-weights, the arm deforms both the head and the upper body. You can also see the generated weights for the left leg, which seem to be even higher for the right side than the left side.

I'm thinking there may be something fundamentally wrong with either my topology or my approach. Is such a bad auto-weighting normal for Blender? I certainly remember it performing way better in my previous attempts.

I thought this may be due to a low poly count, so I've tried subdividing the mesh (2x) and applying the modifier. No luck so far.

rigging weight-painting topology
Share
Improve this question
asked May 8 '20 at 17:35

It turns out the normals were not correctly oriented. When showing the normals in the editor, I saw this: 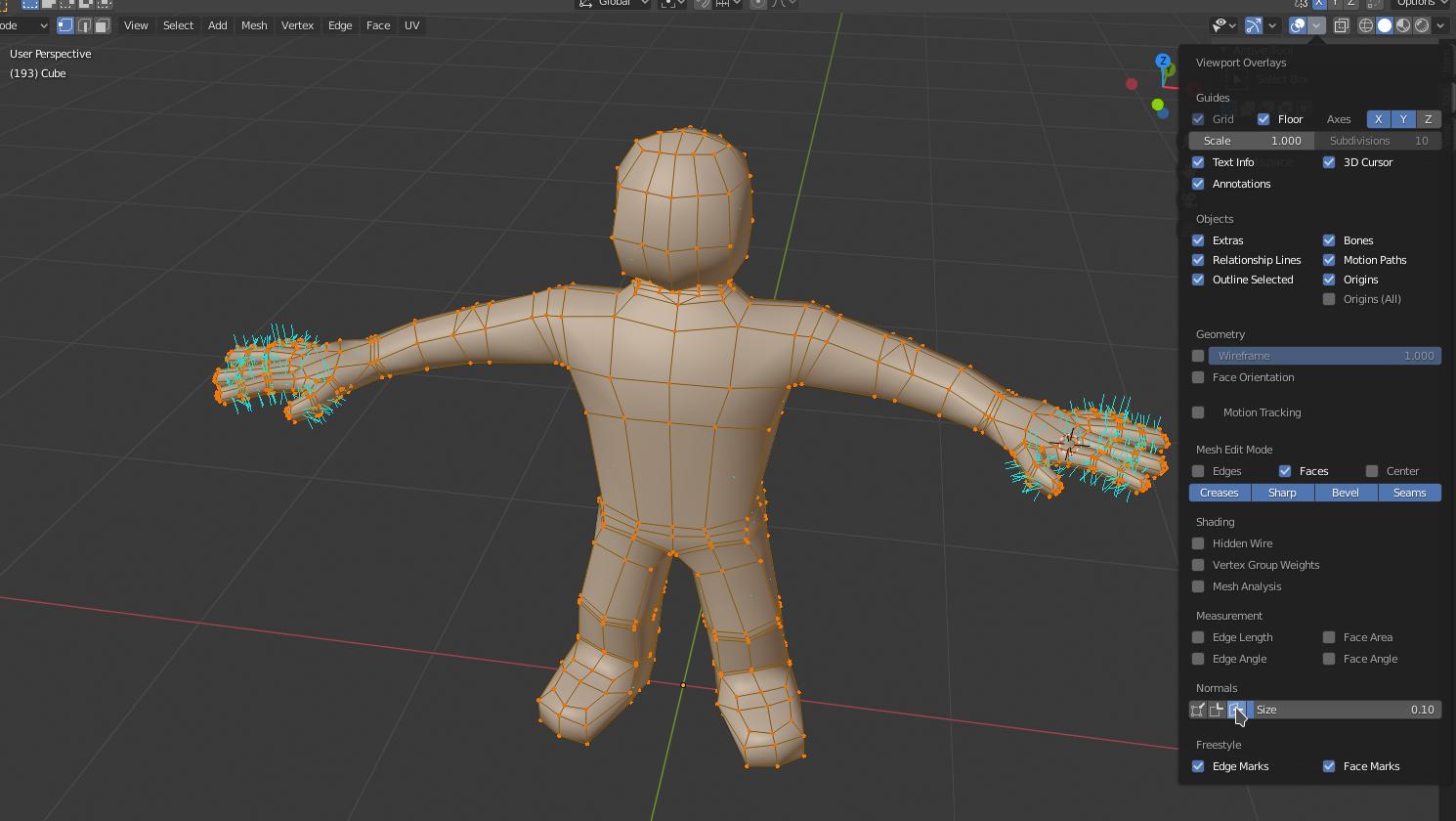 After recalculating normals (Ctrl+Shift+N, and unticking the "Inside" checkbox), automatic weights worked much better. 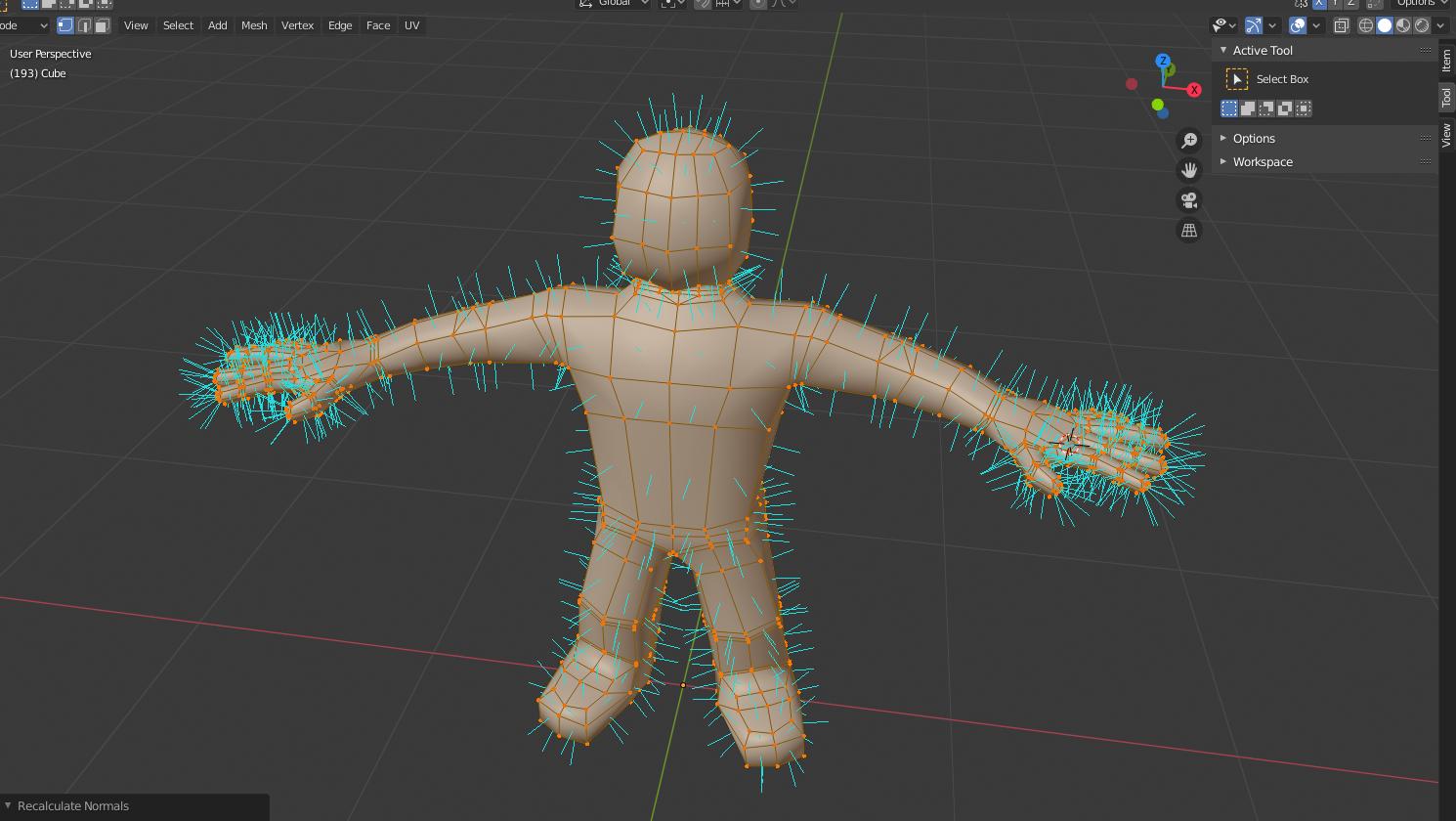 Not the answer you're looking for? Browse other questions tagged rigging weight-painting topology or ask your own question.

3
How come my skeleton no longer works after mirroring it's mesh?
1
Parenting and deformation
2
Copy weights from other bone and invert them, how?
0
When IK bone moved wrong part of mesh deforms
7
Weight Painting/Deform in shoulders
2
Rigify vertex groups mesh deform error
0
Automatic weights don't seem to work properly on the mirrored side of my model
1
Weight painting using Auto Rig Pro on Blender 2.8
0
mesh not following armature completely