Is it possible to transform an armature into a curve?

I have a tunnel that I want a camera to go through, and want to replace the armature with a curve so it moves exactly on that path. I'd like the camera to also rotate to follow the bends of the tunnel. Using cycles.

Appreciate it, the problem I'm having now is that the camera follows the path, but after each turn, kind of snaps back or bumps, like a recoil of sorts. I reduced the size of the turns, but it still happens. And within the graph editor I can't change the interpolation mode, it's all greyed out. The only reason it looks kind of decent is because the camera is set to 15mm. Any ideas? 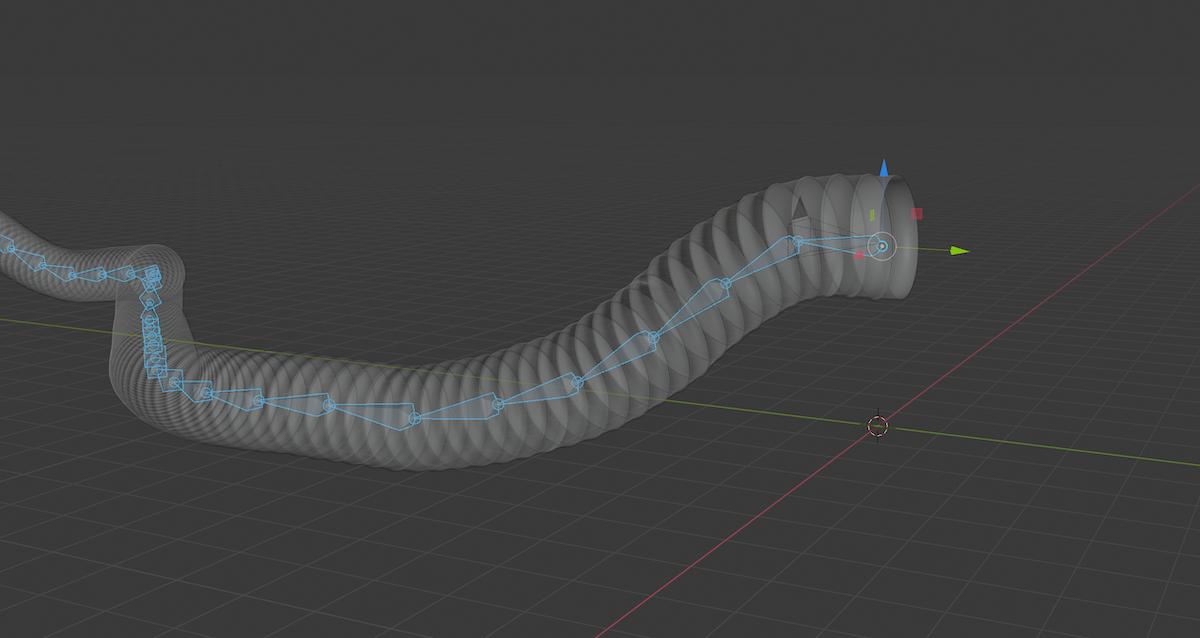 armature camera bezier-curves
Share
Improve this question
edited May 8, 2020 at 23:25

Yes, you can make the armature match the position of a bezier curve with a spline IK constraint. Setting it up is a lot like making an IK constraint but with a couple extra steps.

1) Setup your bones. It looks like you have done that already, though be warned: since it is an IK constraint it works from the tip of the hierarchy towards the Root, not the other way around.

2) Add a bezier curve and add the number of control points you want in the form of edge vertices.

3) Add some control objects for the curve. Many people just add some empties for this purpose, but there is nothing stopping you from just making armature bones. However: it is not a good idea to use bones from the Armature that is being controlled by the Spline IK, as it will likely create a cyclical dependency.

4) Hook those vertices of the curve to the control objects. (go into the curve's edit mode, click a vertex, ctrl+H, choose appropriate option).

5) Apply the Spline IK constraint to the last bone of the chain. Configure "Chain Length" to match the number of bones in the curvy part of the armature. Play with the other settings as you see fit.

The rig shown here is a bit more complicated, since I did want bones to control how this armature worked. It involves creating two armatures, one parented to another, and the top level armature controls everything (including the Bezier curve).

Not the answer you're looking for? Browse other questions tagged armature camera bezier-curves or ask your own question.

1
Camera following a rig question
4
How to convert curve to armature
1
Roll Camera Following a Path
1
Camera Tracking 360 Degrees On X, Y, Z Axis
2
Blender 2.8 (Python) - manipulating the camera for resized objects
0
How to transform a armature into a metarig