Here is a screenshot of my 3D Viewport and object hierarchy.

To ensure alignment while doing the baking I've set the origin on cube-low-res1 and cube-low-res2 by choosing Set Origin > Origin to Geometry, I make them coincide with cube-high-res by opening the Snap Menu (shift+S) and choosing Selection to Cursor, like shown here 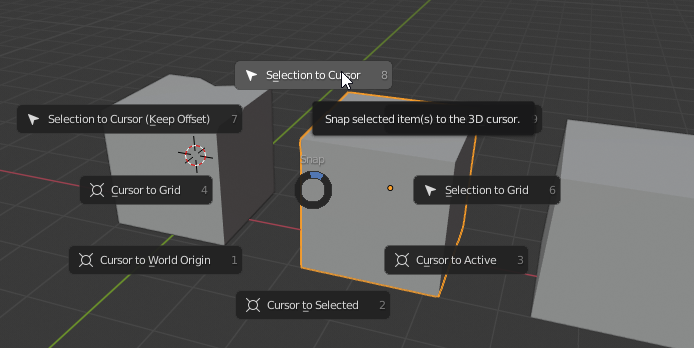 I've done the following checks between cube-low-res1 and cube-low-res2 to determine what can be wrong.

The Blender version is 2.82a

The two lowres cubes are not the same. You may have rotated them or changed the vertices in Edit mode somehow... Here are the vertices IDs shown using the MeasureIt Addon (also possible by enabling developer mode in settings somehow). 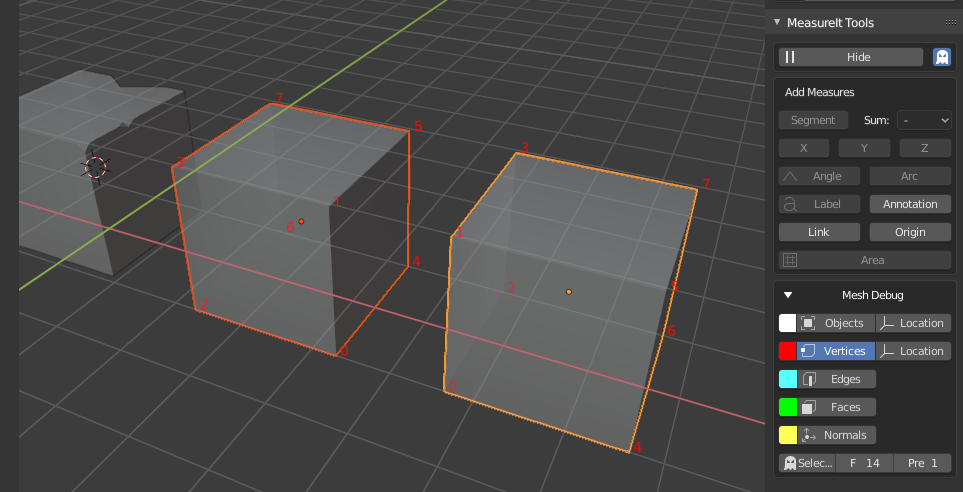 Also the UV unwrap are not the same either for probably the same reason. If you split the seemingly same quad face into two triangles, they appear at different positions in the UV, meaning the quad faces are in different orientations to begin with. 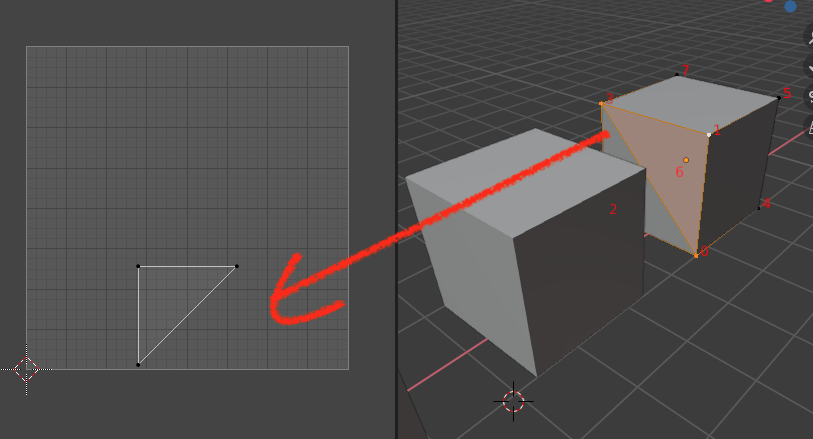 Finally, simply duplicating the first lowres and baking the texture with the dup produces the same result as its source.

In essence, you have to add proper UV's to your low-res geometry to avoid artefacts and you have to make sure that the dimensions of both geometries are roughly the same, then it will bake fine:

Not the answer you're looking for? Browse other questions tagged mesh texture-baking baking normal-map or ask your own question.