How to match cycles texture with displacement modifier?

I created a diffuse material in the node editor in cycles on a UV-unwrapped standard default plane from a noise texture.

Then, I added a displacement modifier and in the texture option, there was exactly one option. I wanted to exactly match that noise texture, but it doesn't. No matter what I do, the changes I made to the material node editor have 0 effect on the displacement map, which begs the question: where the hell is this displacement map from?

cycles-render-engine texturing
Share
Improve this question
asked May 5 '20 at 0:27

EDIT: To help with clarity, here's a screenshot indicating the "edit texture" option when using the Displacement modifier. To be clear, the "checkerboard icon" I was referring to is circled in red. 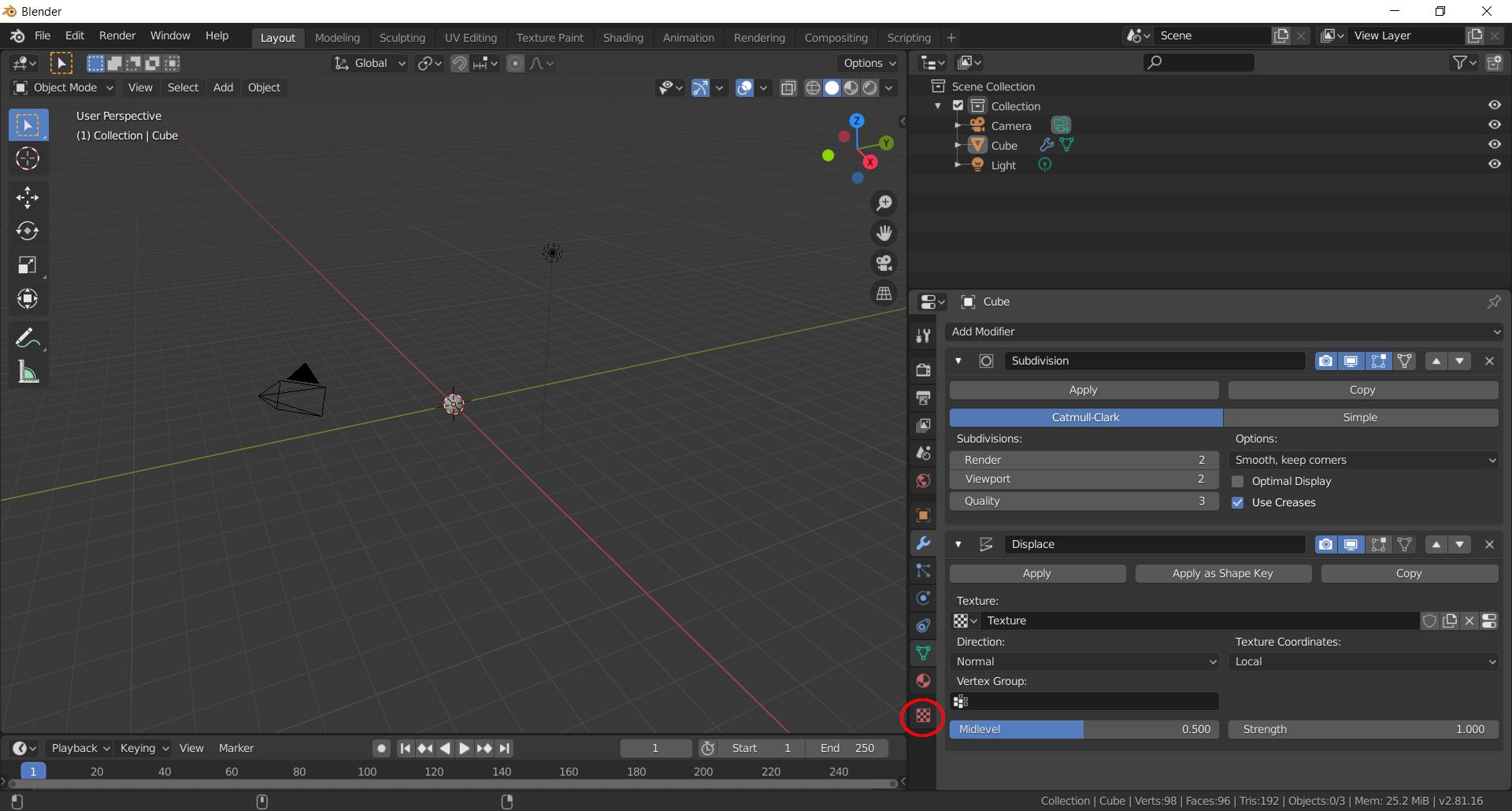 Here's a screenshot indicating the menu within the texture edit panel where you can control what type of texture you're using. It does not interface with the node editor, to my knowledge, but you can use an image of your noise texture. To be clear, the menu is circled in red. 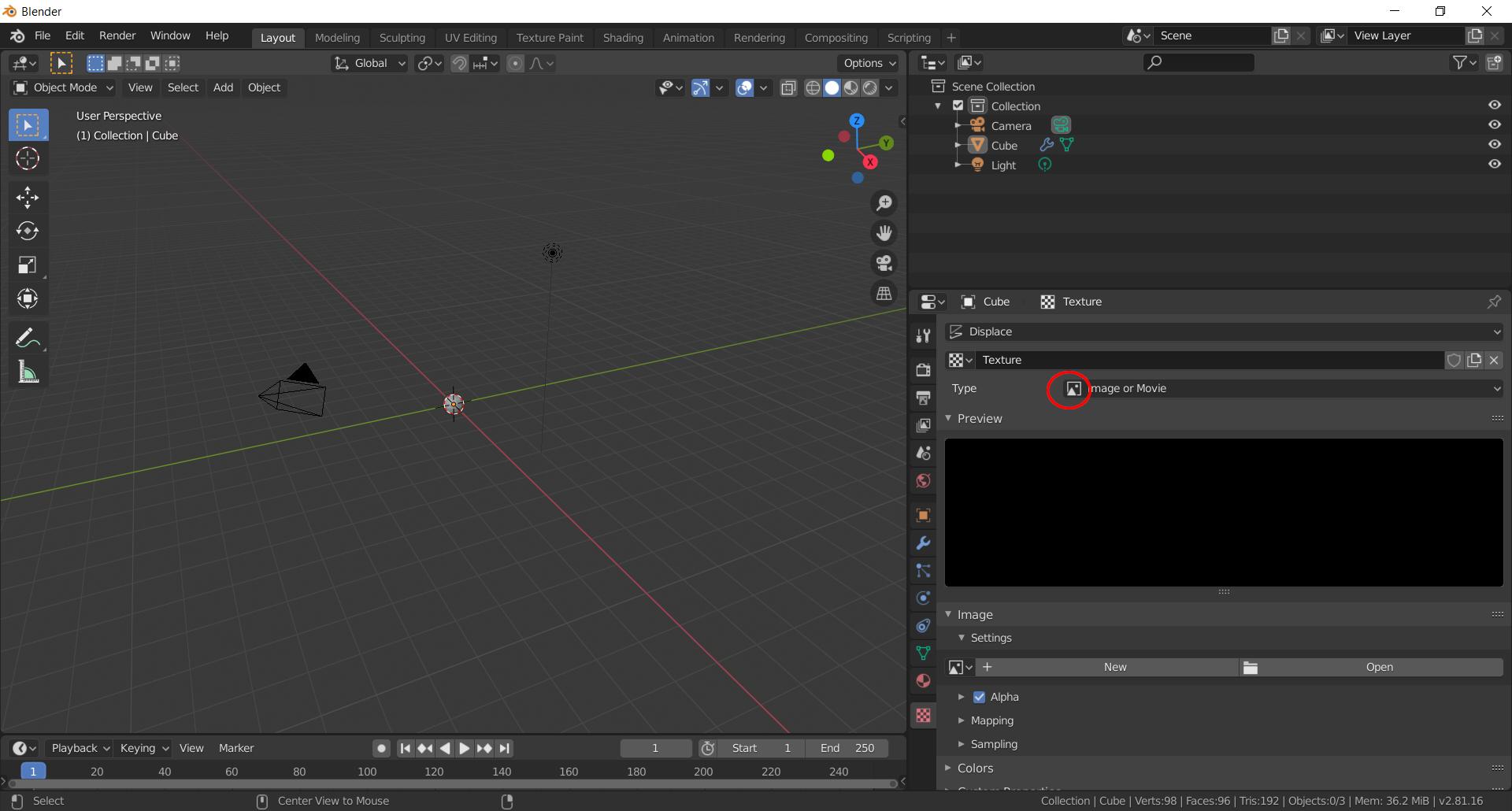 Here's a screenshot presenting the node setup I suggested. There's no red circle in this one; I hope you're able to figure it out anyway. 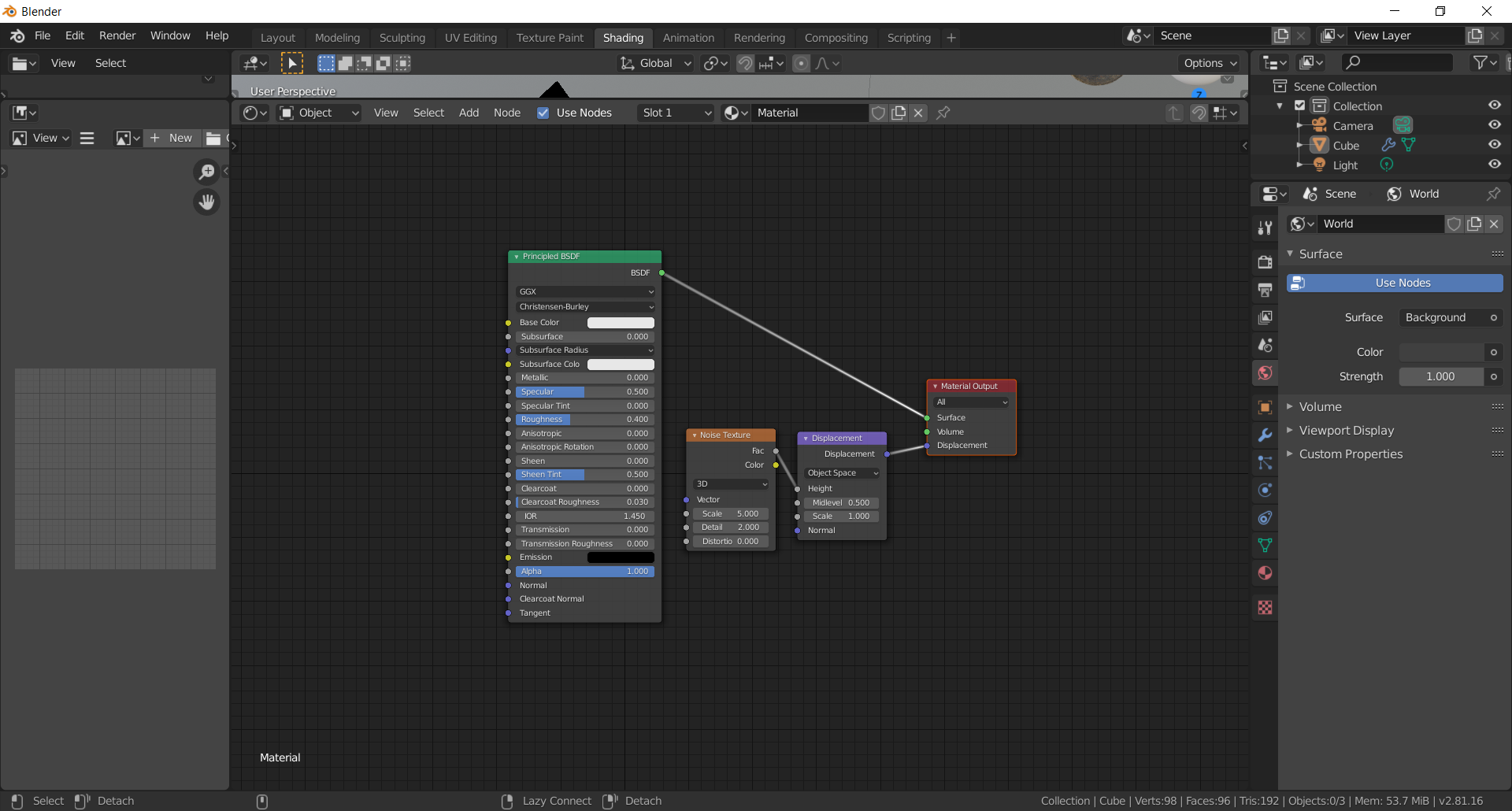 For the "Displacement Only" and "Displacement and Bump" settings, go to the Material edit pane (in the panel on the right, where you found the modifiers), then the "Settings" section, and then the "Surface" section within that section. Please note that this option will not appear if you do not have "Cycles" selected as your renderer.

7
Where is the Displacement node in Blender?