I'm looking for some help trying to solve the geometry / camera positioning for a show clip. After many days of testing and tweaking I still can't get a matching result and I just don't understand why. The tracking itself seems pretty stable, but the actual location and orientation of the camera does not match at all. Target is to place a pretty big bed (width: ~1m, length: ~2m, height: ~2.5m) into the room.

In addition to some other randomly distributed markers, there are 4 markers on the ground, which mark exactly the middle of the outer posts of the bed. The distance from left to right is exactly 1980mm and the distance from front to back is exactly 974mm. 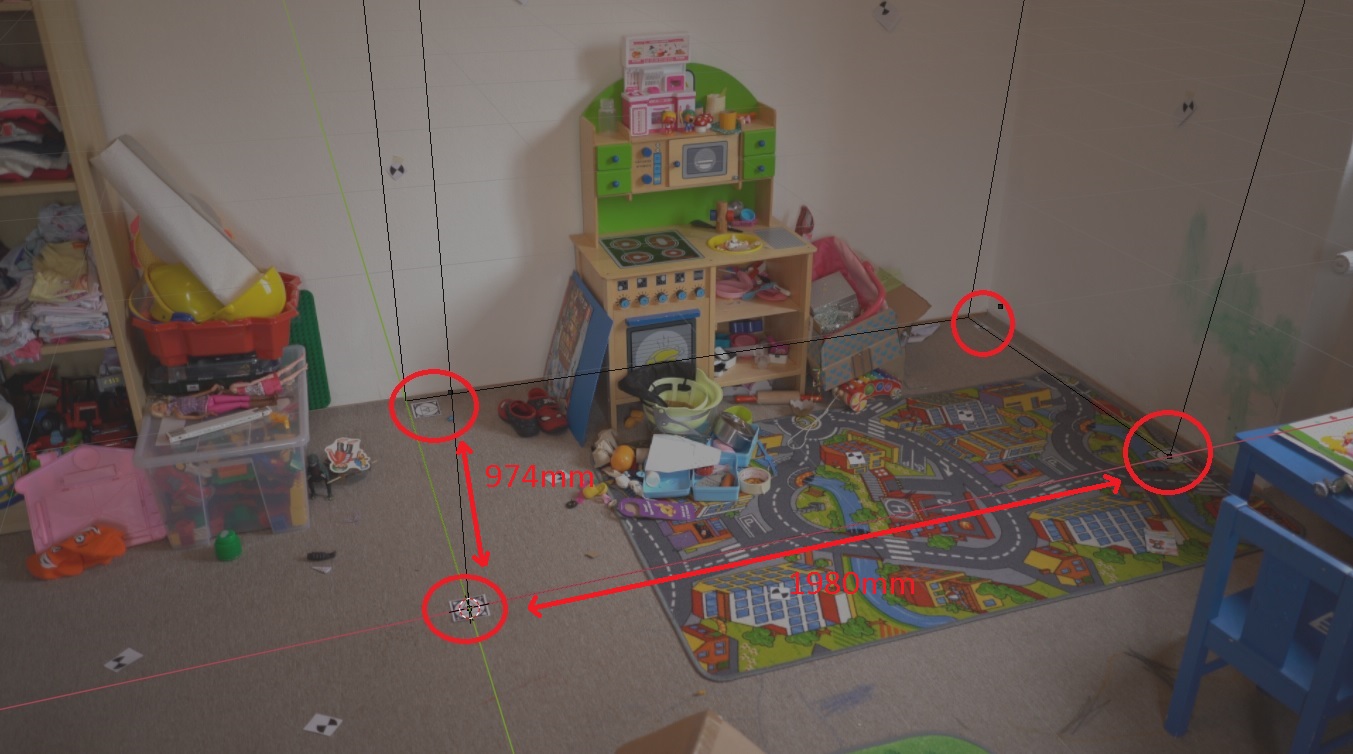 The by far best result I got was by manually placing the camera, but after around 5-6 hours of incrementally adjusting its position and orientation, I still didn't get a 100% match:

I uploaded my current blender project file and the associated video footage via Dropbox, if someone may want to have a look on his/her own.

Sometimes, after trying to solve the problem, blender got completely confused (just like me) and didn't allow to use any tracks to set the orientation ("Three tracks with bundles are needed to orient the floor"; solving the camera motion over and over again didn't fix it, so I threw away the whole solution and started over).

I would be very pleased about support in solving the problem.

camera tracking
Share
Improve this question
asked May 4 '20 at 13:54

Just moving the camera around, panning and tilting while remaining on the same spot will not work, so don't waste any more time trying to match anything.

You will not be able to get 3d information from a stationary camera.

If there is no displacement (as in: taking a few steps while filming the object) there is no way for blender to determine 3d from parallax. To estimate depth, it is necessary to see the objects from different places.

For detailed explanation read through these related posts:

Using the same tracking marks make another shot (or series of photographs) and walk around that corner of the room. Then you will be able to make a proper camera solution and have 3D information.

3
Adjust the reference angle of the 2D rotation stabilizer
6
Why does my .7 solve error result in bad track?
4
Problem with camera orientation in motion tracking
1
Does scale of camera have an effect on camera tracking a scene?
0
Why isn't the perspective/focal length correct in this camera track?
1
How to do camera tracking for a video shot in portrait mode?