I can't flip my pose for my animation?

So I am currently following a mech tutorial on animating a run cycle. At about 7:27 in the video (after he posed/key framed the mech in the first frame), the guy copied the key frames in the first frame and pasted/flipped them (ctrl+shift+v) on frame 10. The pose was perfectly flipped for him.

On the other hand, when I tried to do it, my mech became distorted. Here is the first frame of my mech's run cycle. 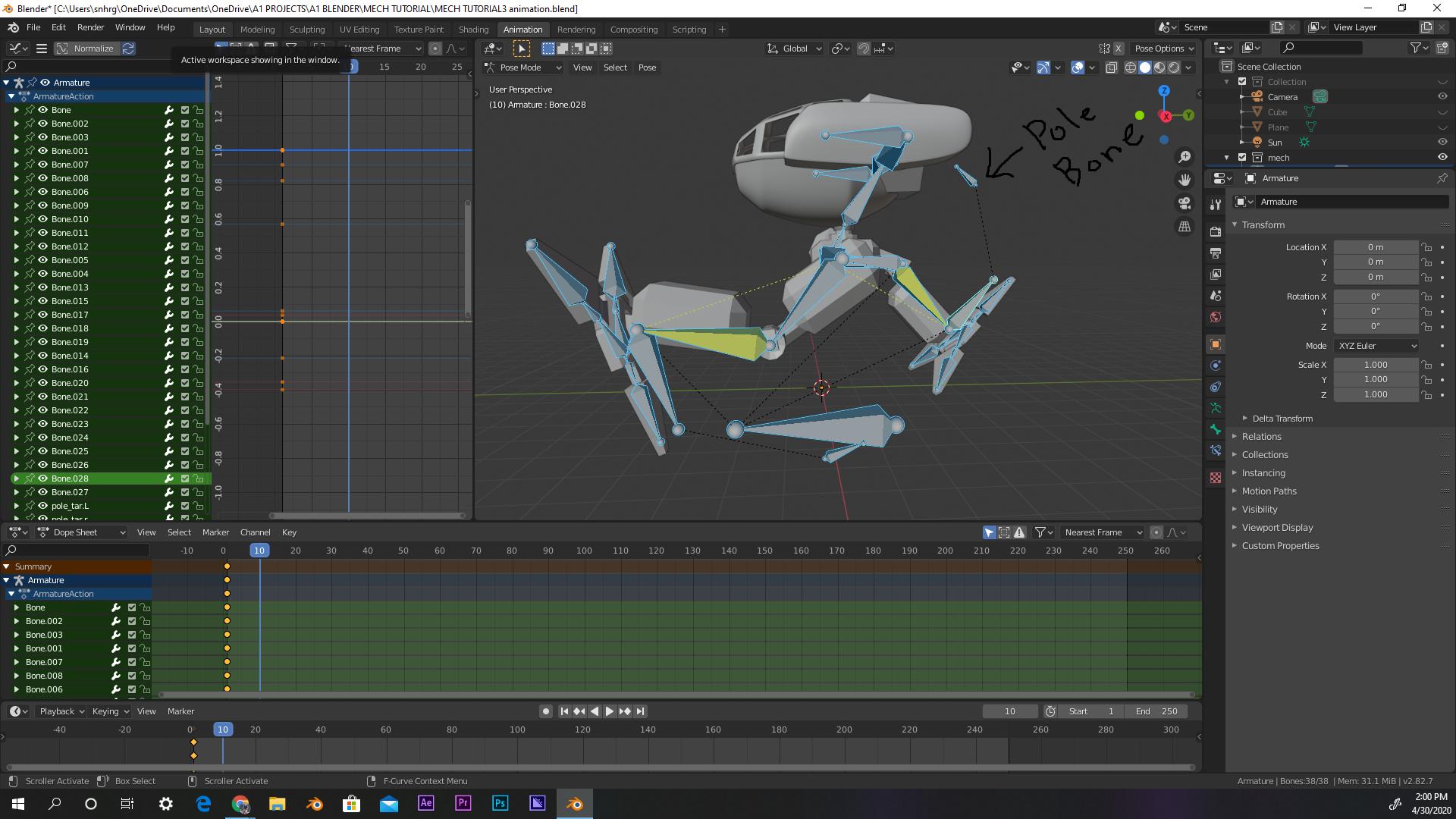 And here's how my mech looks in frame 10 when I paste/flipped the pose in frame 10. 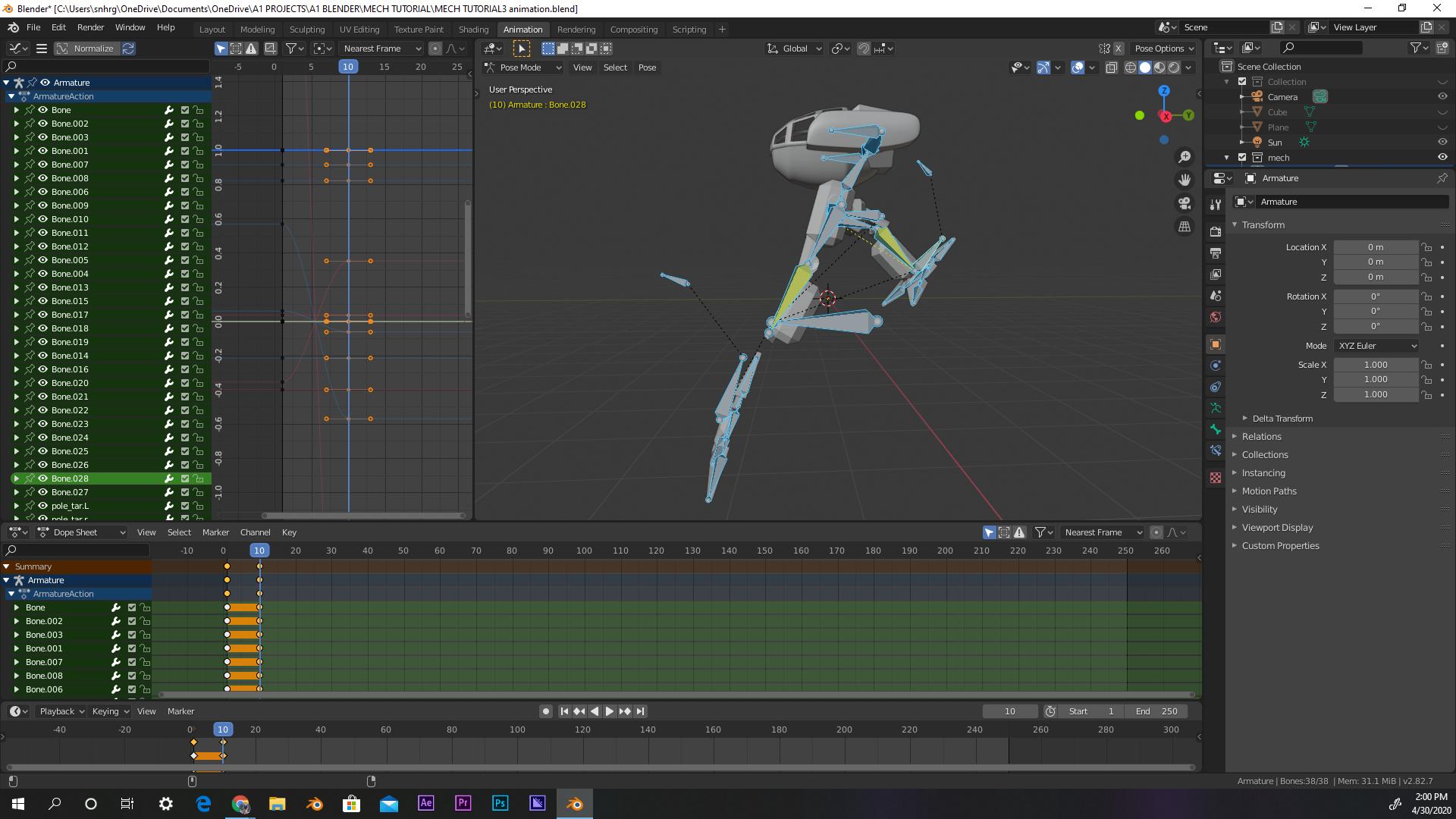 As you can see, the body becomes distorted and weird. I did some research and I tried to rename the control bones on my feet to indicate which ones are left and right, but that didn't work.

Here's a photo before of all of my bone's axises before I recalculated their rolls. 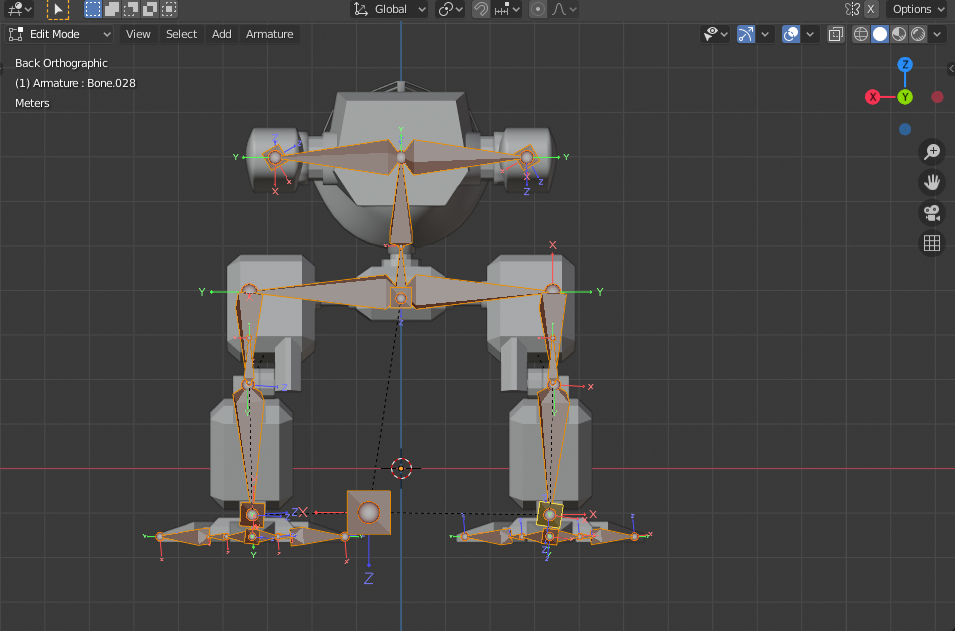 And here's the after image. 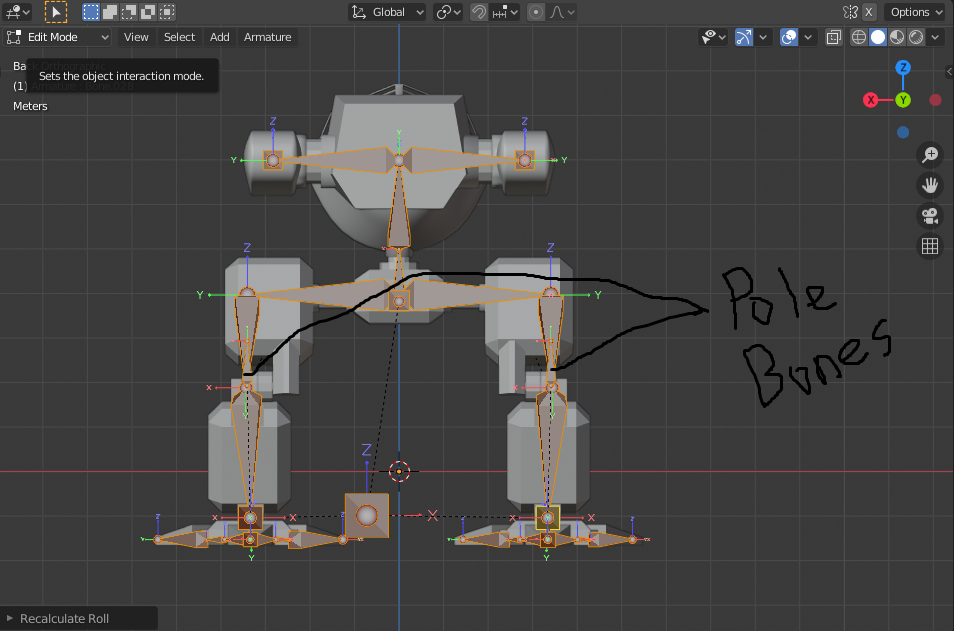 Does anyone know what I'm doing wrong??? How do I flip my pose correctly? Here's a copy of my Blender file.

I guess your problem is a mix of wrong names and bad orientations.

You say that you tried to rename your bones, but in your file they are not properly renamed. The left foot must be named something like foot_L, and right foot something like foot_R, otherwise when you'll flip the pose, Blender won't be able to understand to what bone it is supposed to paste.

So when you have finished a side of your armature you should properly name all your bones, then, in Edit mode, select them all and Armature > Symmetrize so that it copy paste on the other side.

Not the answer you're looking for? Browse other questions tagged animation rigging keyframes pose-mode or ask your own question.

1
How to map a pose to the restpose of another rig with same topology?
1
Paste X flipped post not working correctly
2
How to exactly flip an object along an axis?
0
How to recalculate bone roll in action keyframes or in pose mode
0
I got this problem with animating, when I switch frames, the pose of reverts
1
My back foot keeps slipping in my animation?