How can I apply a different material during / after using "Solidify" modifier?

I'm trying to turn this apple into a walking character, I have solidified the whole apple, including all 4 peels. Since the solidified mesh can't be edited, I tried to extrude the cut pieces, but it didn't work for me. There's more explanation below this image. Also, I have posted last image as a desired result. 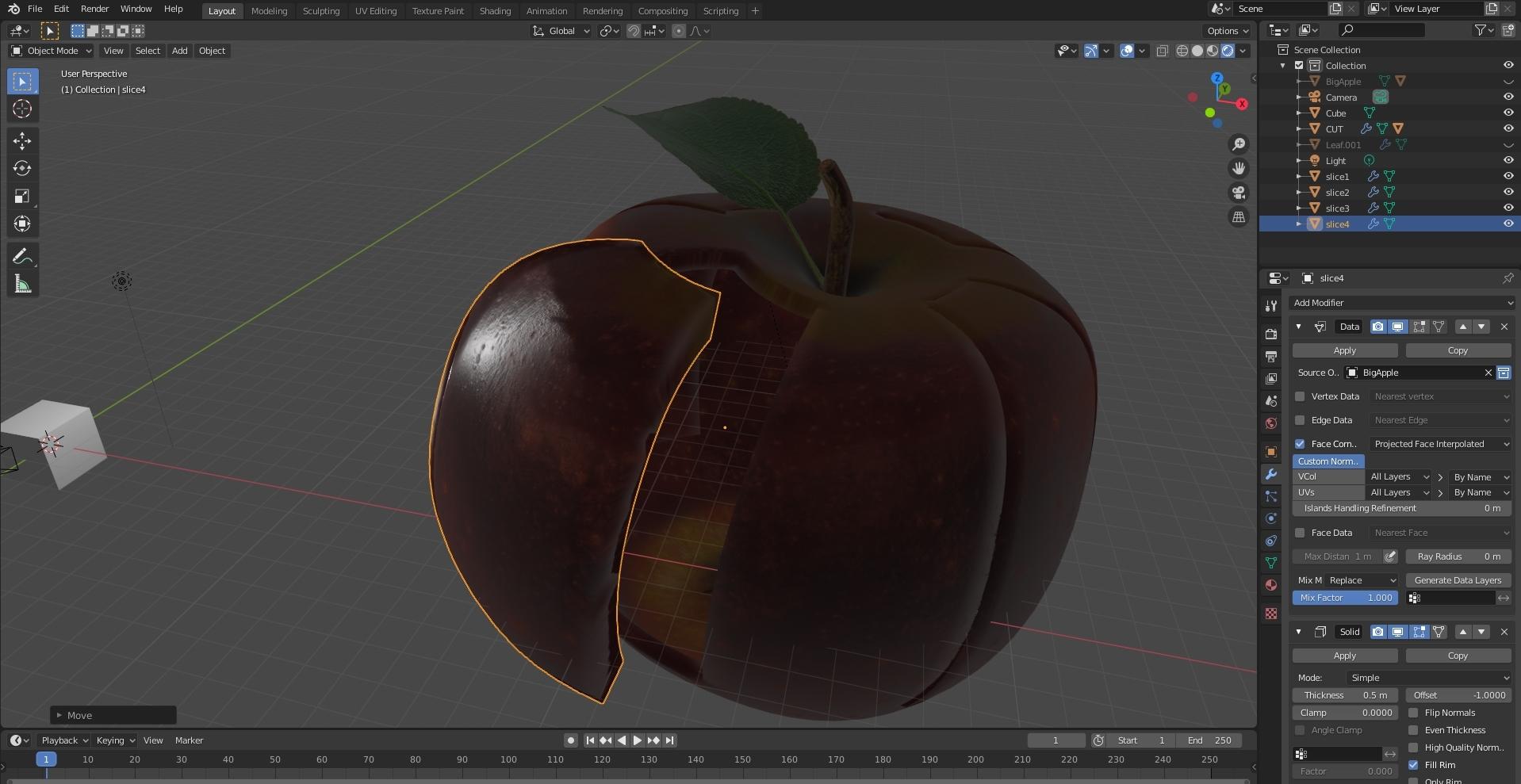 As you can see, after I applied the solidify modifier, it added the thickness just what I wanted (it has weird bumps, but I think I'll fix it), but I can't edit the newly generated layer since it isn't part of the mesh. This way it looks distorted and the cut piece should have that juicy yellowy part beneath the skin. Also, the inside of the apple should be filled with the edible part too, seeds aren't necessary, though I'd love to learn how to add them too. 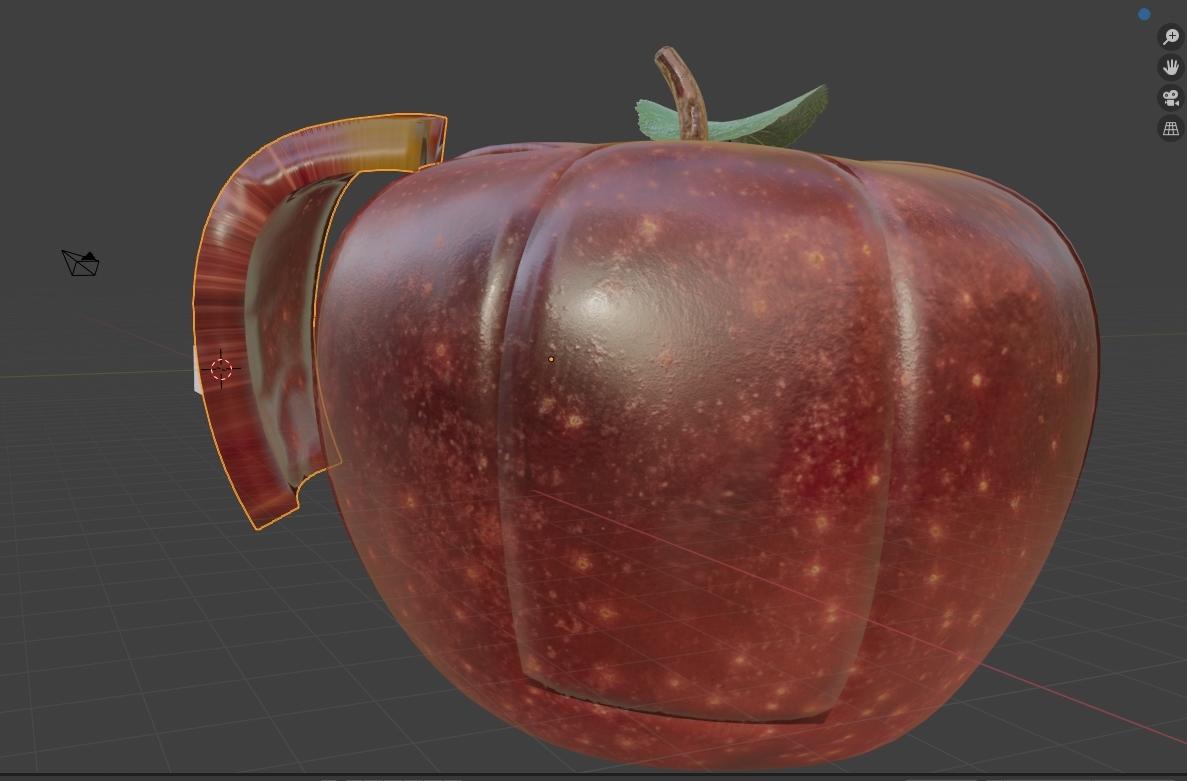 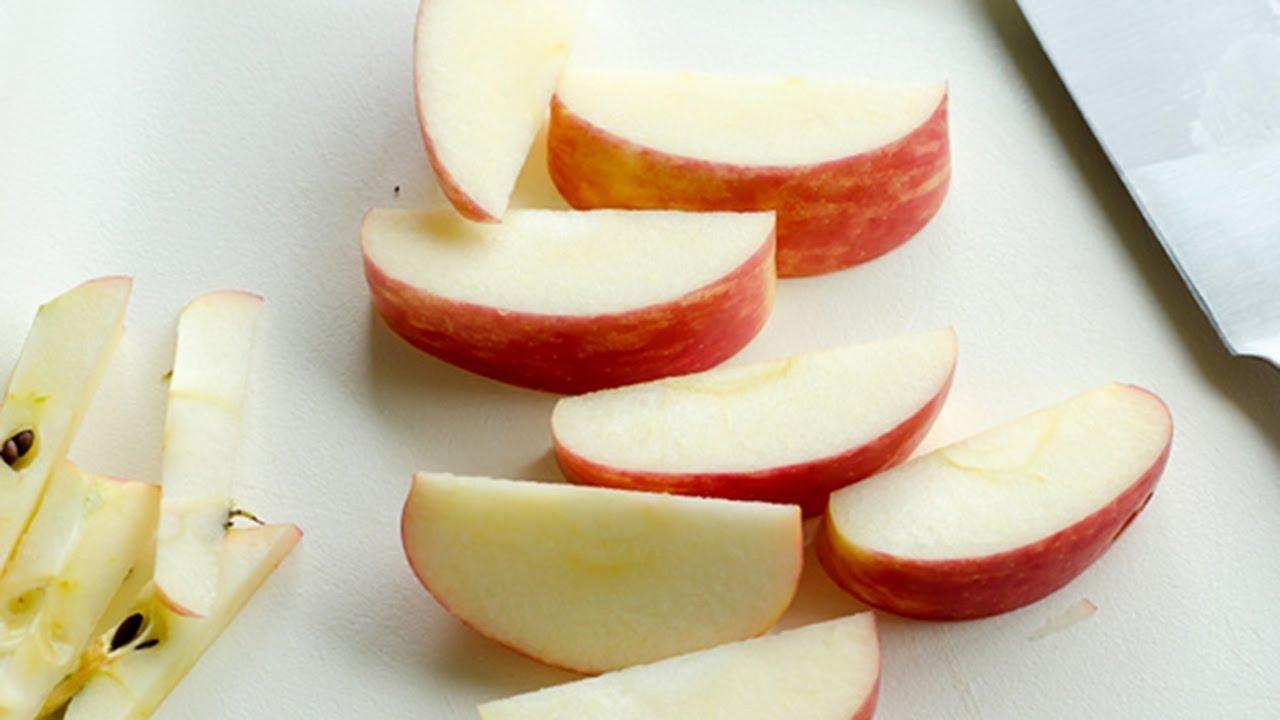 Your question is not clear enough, but if you want to keep the Solidify modifier (and not Apply it) and give the inner faces a different material, you need to go in the Solidify modifier and use the Material Index Offset, left value to set the color of the outer surface, right value for the color of the inner faces, 0 will mean it will use the first material of your material stack, 1 for the second material of your material stack, and so on. 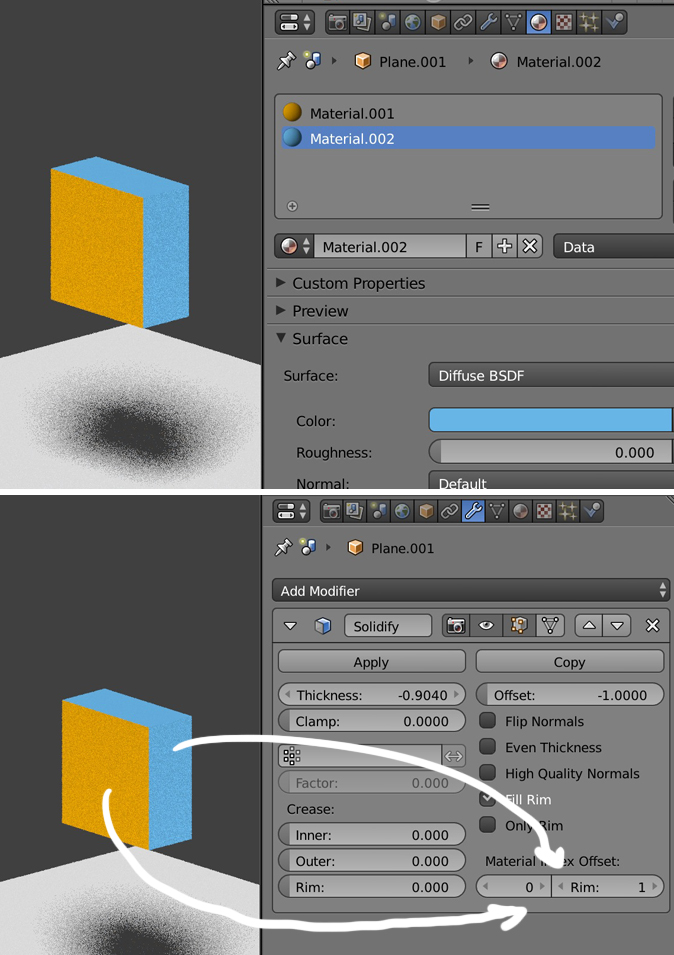 Not the answer you're looking for? Browse other questions tagged modeling mesh materials modifiers objects or ask your own question.

7
How to apply uv-mapping post-modifier?
0
Add exture to opposite side of face