I've got a camera following a path in my animation, tracking an empty in the center of my scene. That all seems to be going well, and I've got keyframes set up for the beginning of the movement to where I want the camera to stop. However, I want the camera to slow down and smoothly come to a stop instead of going the same speed the entire time and stopping abruptly. I've followed a couple of tutorials to get to this point, but for some reason when I try to move the keyframes up and down in graph editor, they snap back to their original position after moving them, and/or there does not appear to be an editable curve. I want to add a keyframe between the beginning and end to make the camera slow down. This is my second attempt with keyframes in Blender so I'm still super new. I'm sure it's just something I've missed but I've tried a million different things and nothing will make those curves appear. The lines between keyframes just remain straight. Here is my setup for reference: 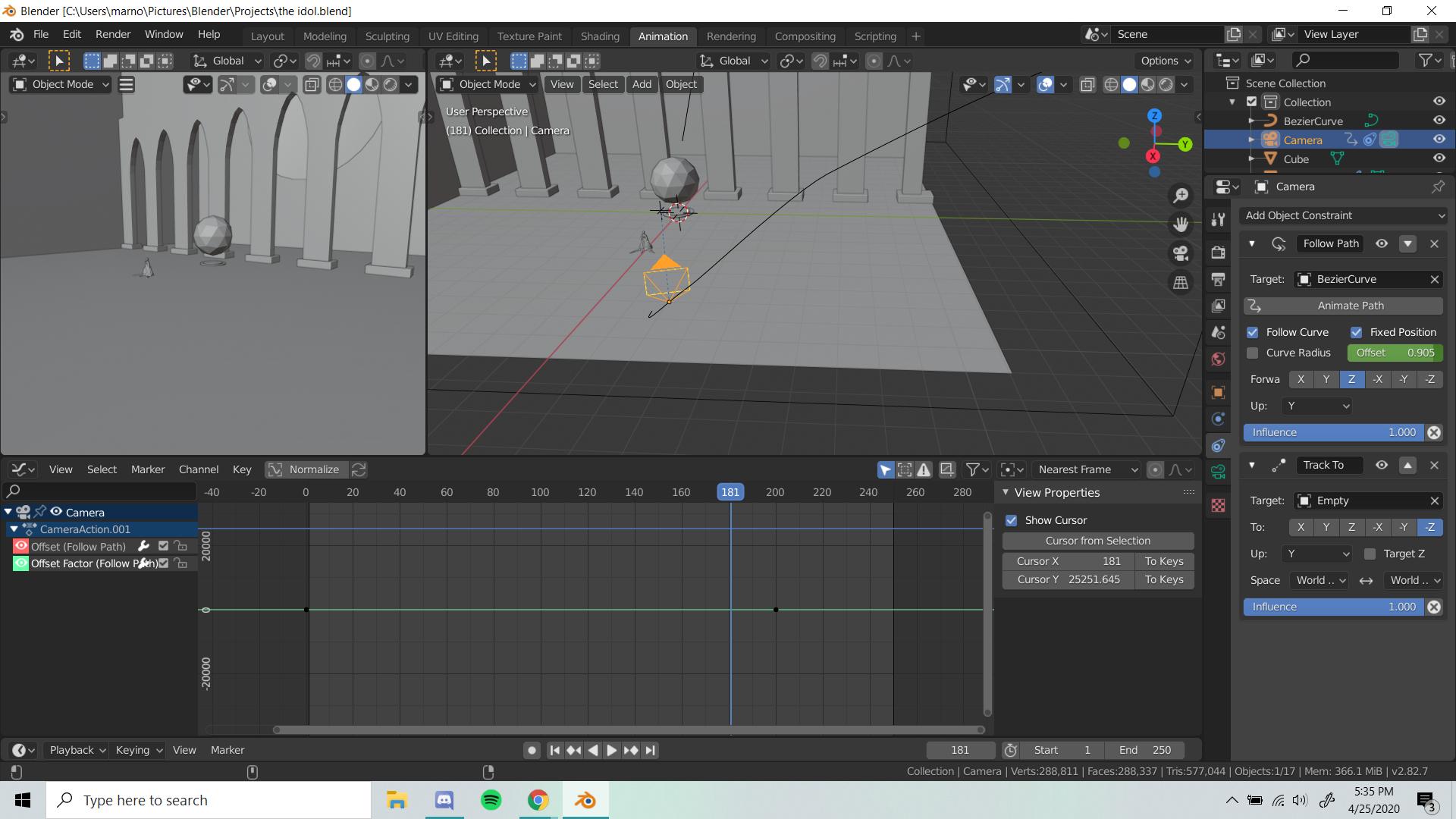 Currently I have the camera set up to follow the path through an object constraint. I have also tried it by parenting the camera and the bezier curve. Trying to add keyframes with the evaluation times gives me an error (if I hit 'additive' under the modifiers in the graph editor the error goes away but the keyframes are still unmovable). Thanks in advance.

EDIT: I think the keyframes were snapping back to their position was because I had auto-normalization turned on. However, the lines are still straight and the speed is still consistent. Here's another photo: 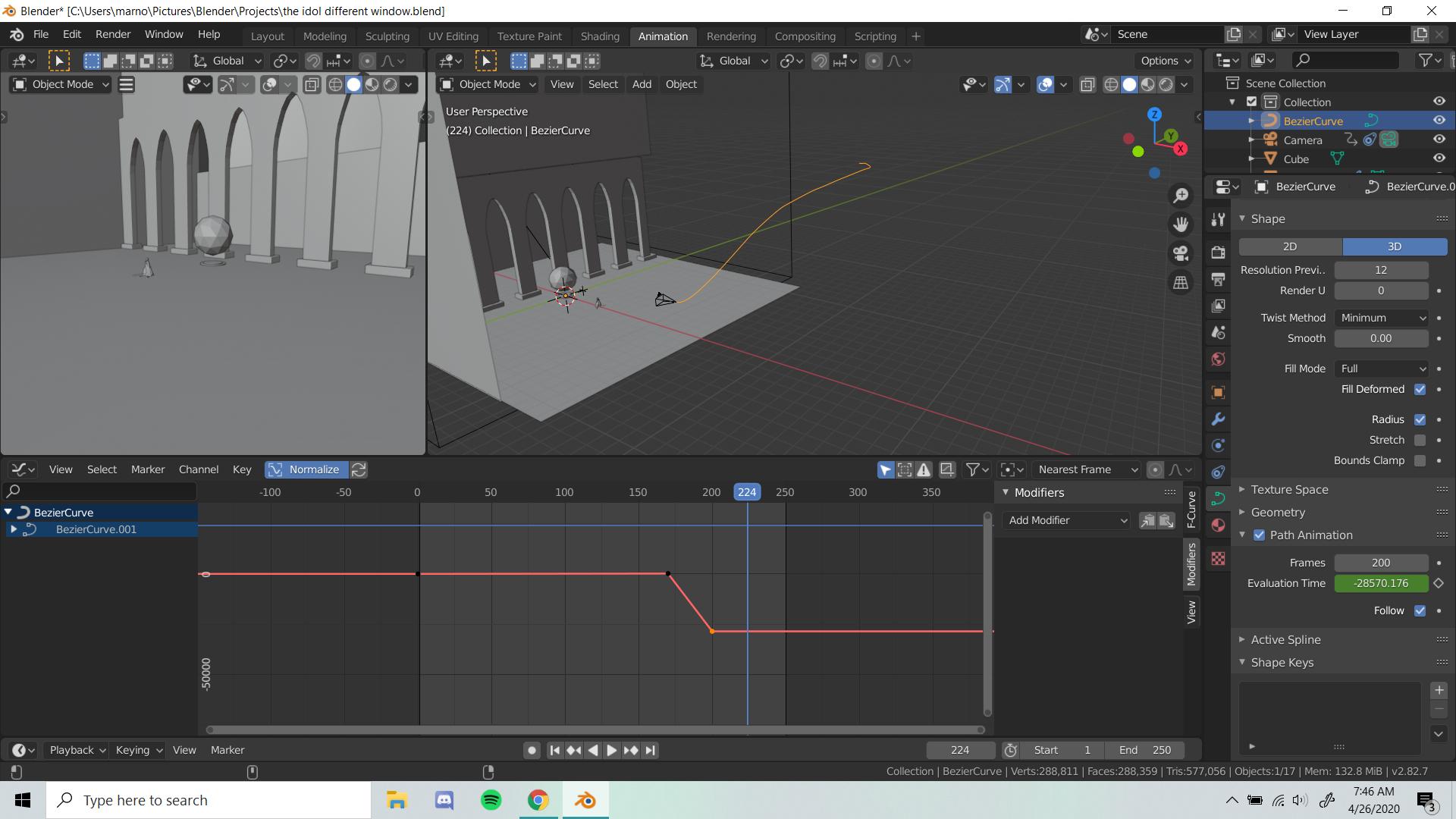 I've now animated the offset of the camera and the evaluation time at the same?? I want the camera to slow its speed between the last two keyframes. However, as we can see, even though I can now move the keyframes up and down, the lines between keyframes are straight, not curved like I want?? How do I get a gradual slow and stop?

11
Change start time of camera following a path?
12
How to change camera movement speed on Path during animation
5
How do I delete keyframes on a plane track?
3
Controlling or syncing any F-Curve animation speed based on a path's Evaluation Time curve?
1
Control speed on track path with locked track
3
Why doesn't my camera have curves in the graph editor?
1
How to pause camera along animated path
3
Where do I edit the the keyframes of a bezier curve path animation?
1
Graph Editor Shows No Keyframes