how to control splines trimming in animation nodes

I was following tutorial on youtube. Its about to animate trimming of many splines generated from random particles points.(first picture)

I could come up to generate arc splines, but at animation part, the video said to loop objects in group, but in 2.8 I use collection instead of it. and also "Curve Object Output" node seemes changed from then.(second picture)

to compare, the third picture is from youtube which i try to study. I could generate only one preferable spline in fourth picture. but only one.

How do I loop curves inside collection to create trim animation using each of them? I would appreciate it if someone could give me advice. thank you. 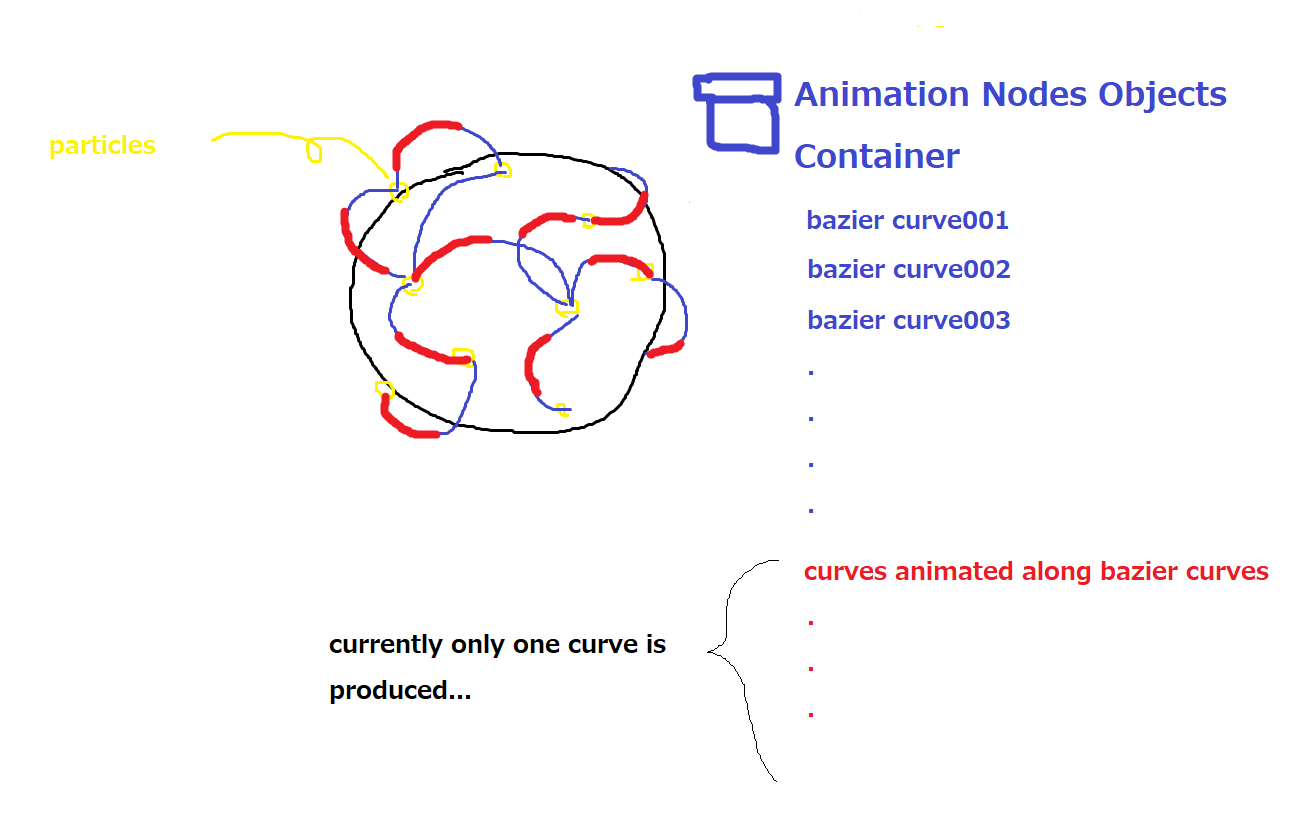 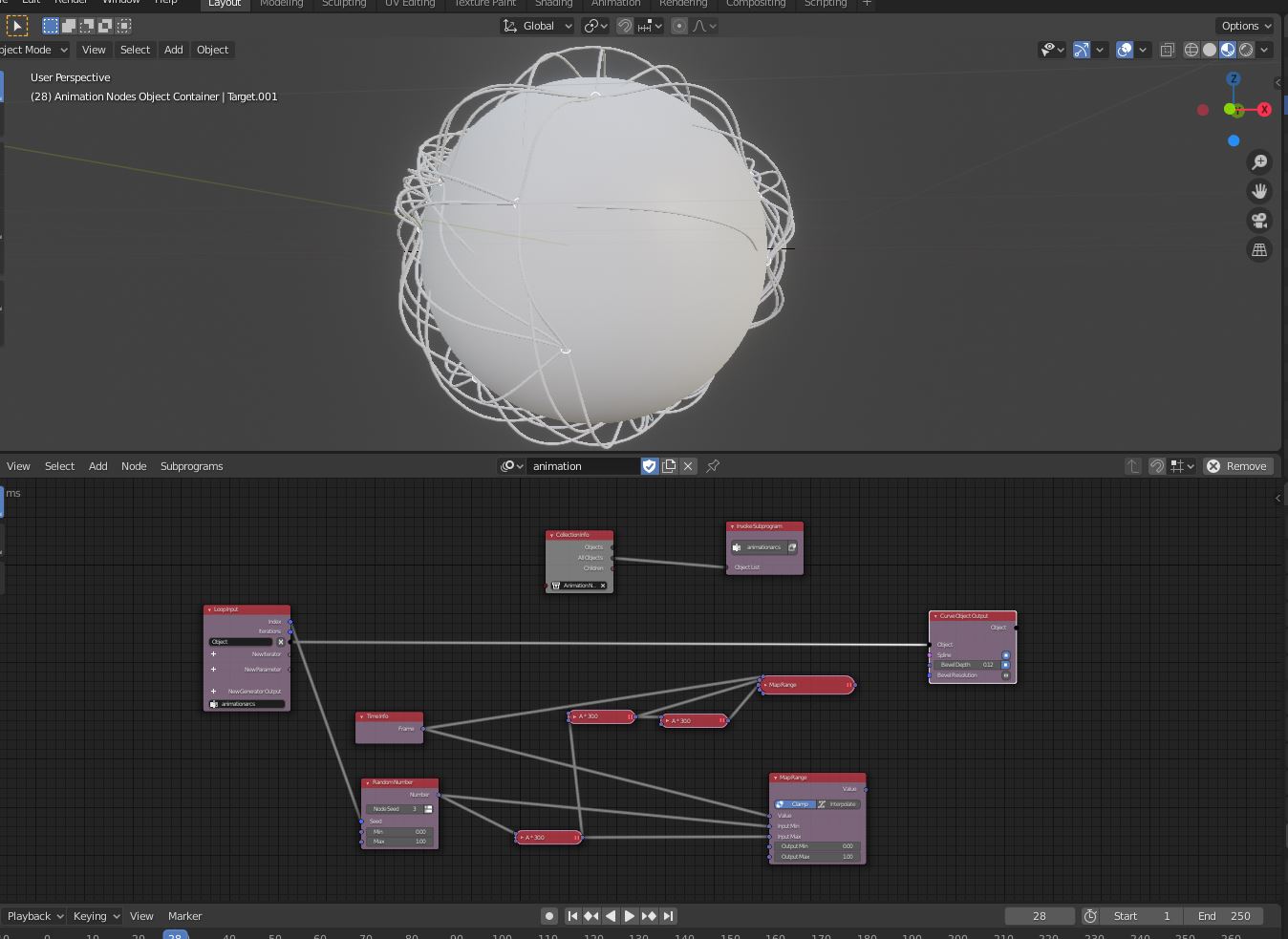 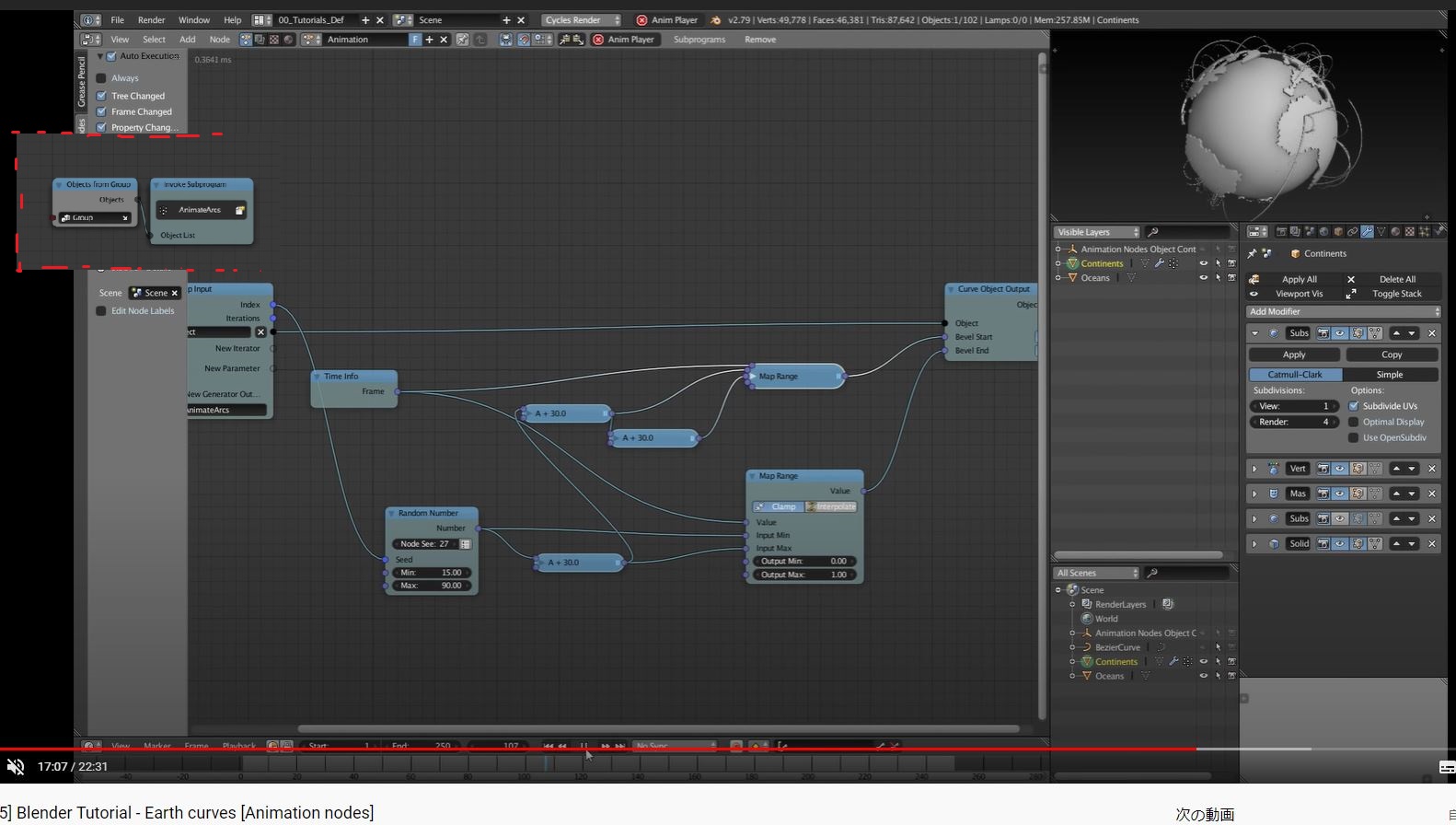 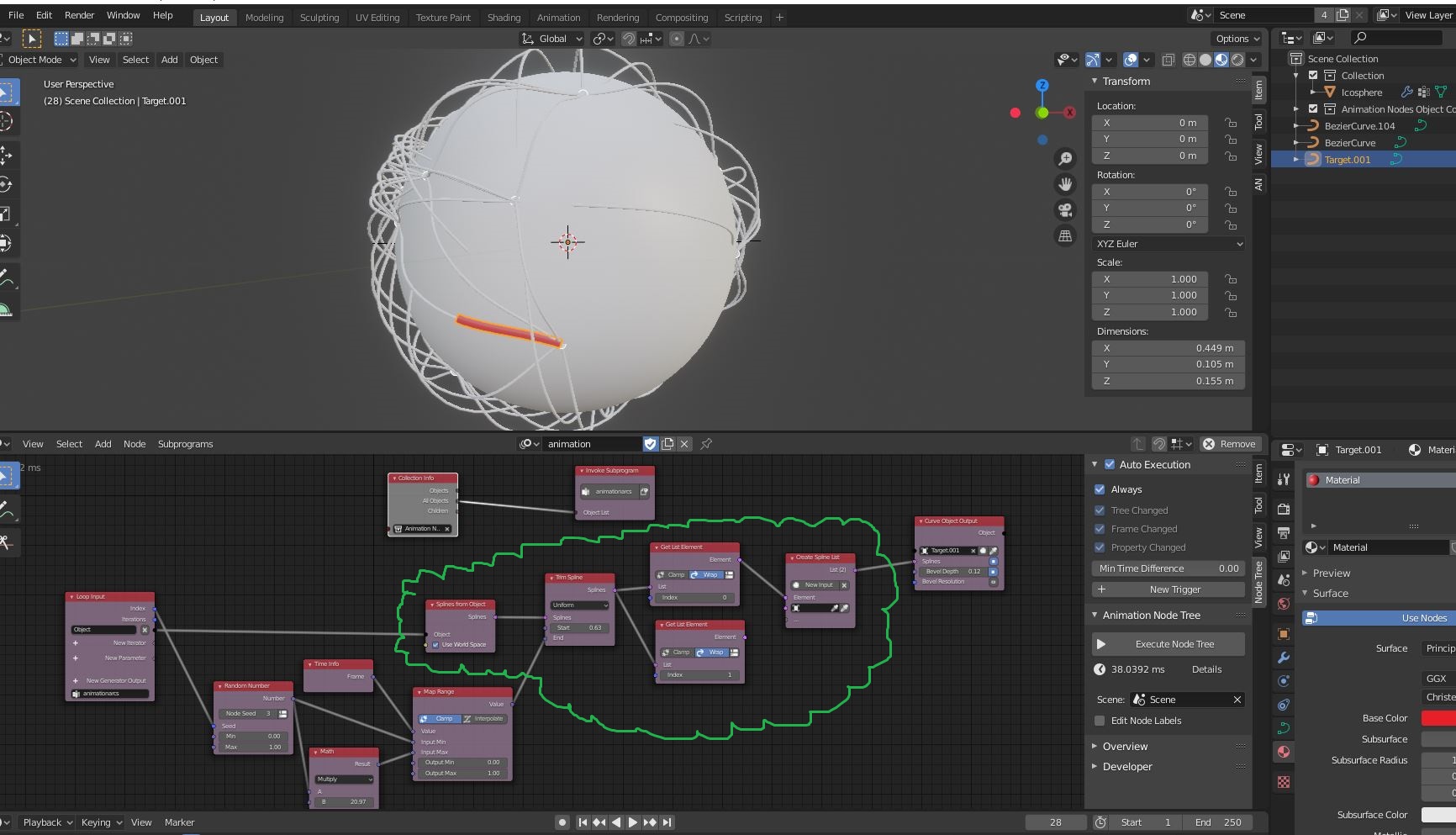 I found the way to do this. "curve object output" needed target curve for each animated curve. so I duplicated 13 curve by hand,and called those by index from loop node.

But I guess there are more straight way for this problem, so still wish to get advices. 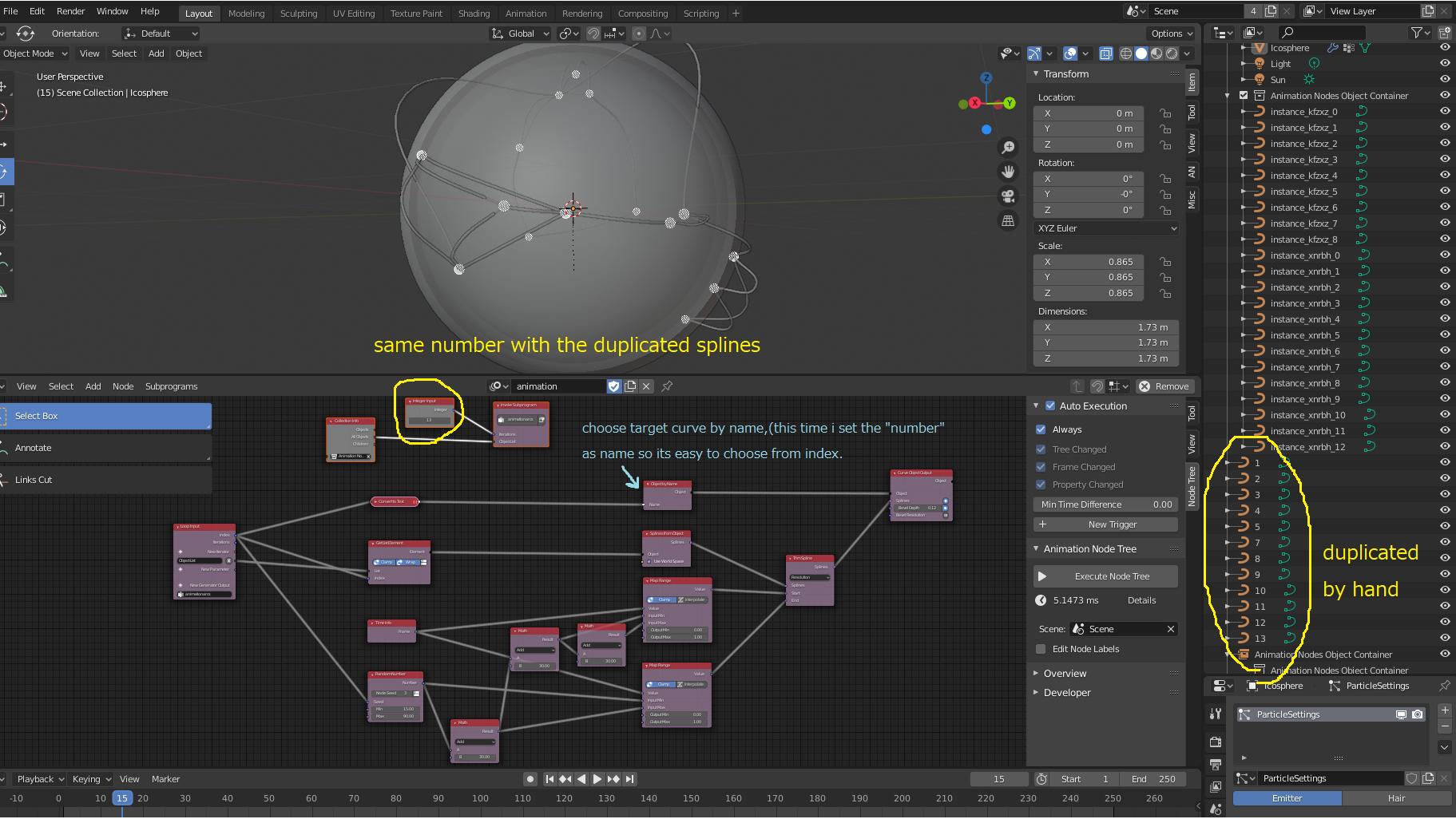