Is it possible to achieve what I want without using Armature?

The only workaround I found so far is modifying my object pivot point + using Curve modifier, but this won't work for me: I want to have several linked objects along the curve. 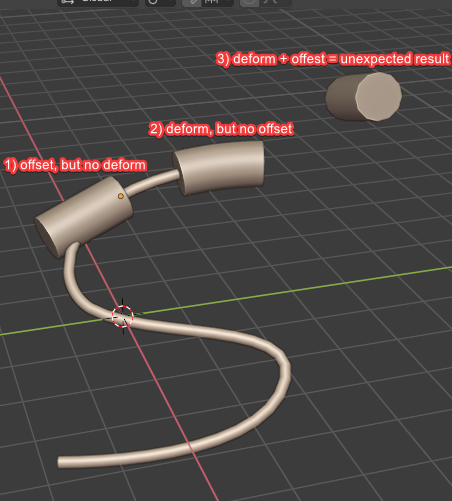 Ah! Displace modifier before the Curve modifier with the same axis:

Not the answer you're looking for? Browse other questions tagged modifiers bezier-curves constraints or ask your own question.