Can you recreate this Subsurface Scattering effect in Cycles?

I have applied a simple Subsurface Scattering and adjusted the Transmission value in the Principled BDSF. In Eevee this really pops. In Cycles it's quite dull. How can I recreate this effect in Cycles?

I have tried a handful of different node setups (Transparency, Transmission, Mixed etc.) and I can't quite get it. Any ideas how to achieve a similarly bright luminosity in Cycles.

Both renders are using the proprietary HDRI (forest.exr) that is used in the Material Preview window.

Thank you if you've got an idea how to approach this.

1)Top Image is in Eevee; there's a lot more luminosity in the Subsurface Scattering.

2) 2nd Image is in Cycles, comparatively quite dull, no Bright Pink coming through.

3) Bottom Image is the Principled Shader setting (Note: Transmission as well as the SSS). Both images use these same settings, just with different render engines. 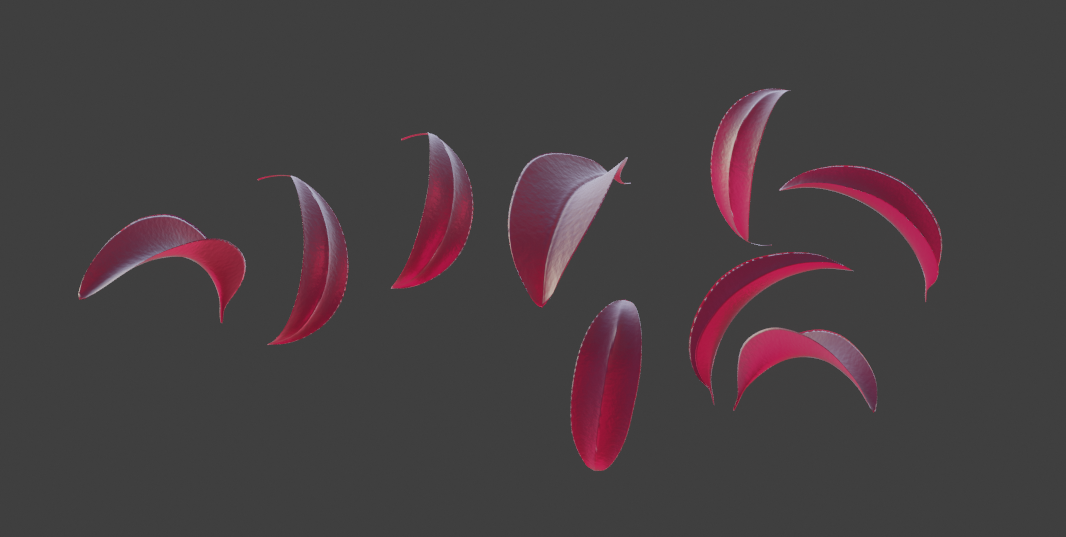 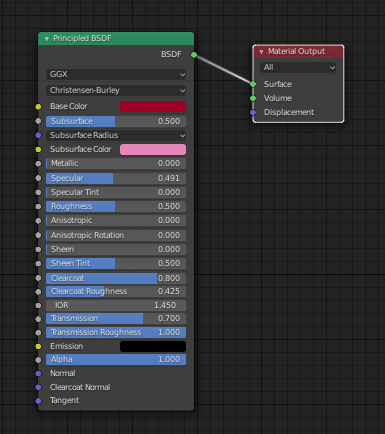 In the interest of completion I'll answer with the result I arrived at for rendering these leaves. I didn't arrive at precisely the same result but something quite close.

I have attached an image with the various tests and shader settings. I included the Displacement Texture Nodes I used for surface texture because it does have an effect on the final look.

The biggest changes were affected by altering the Transmission and Transmission Roughness values. And by using Random Walk instead of Christensen-Burley as the SSS Method.

This is what the Blender manual says about these SSS Methods:

Random Walk Provides the most accurate results for thin and curved objects. This comes at the cost of increased render time or noise for more dense media like skin, but also better geometry detail preservation. Random Walk uses true volumetric scattering inside the mesh, which means that it works best for closed meshes. Overlapping faces and holes in the mesh can cause problems.

One commentor suggested using Alpha for Transparency, but to me this appears to affect a different kind of near total transparency that doesn't seem to have any relation to the physical nature of the simulated material but something more like an overall opacity of the object. It is my understanding that Alpha is primarily used to modify another node which plugs into it. (But I stand to be corrected here).

In this particular case, adding Sheen also had an influence that came closer to approximating the look of realtime Eevee rendering in Material Preview mode.

Something I have not been able to imitate, is the way that realtime rendering in Eevee seems to pick out some edges with a highlight. Even after rendering an output image in Eevee this effect was not reproduced. Perhaps this is a feature of blender to allow for objects to be more quickly visually isolated while editing them, rather than physical accuracy for a final render. Just a guess.

This technique of picking out edges with a highlight is an effect used by old painters, you can see if you look at dark old oil paintings.

You might be able achieve a similar highlight with carefully placed back light, but for the purposes of this experiment I was more interested in trying to pin down some of the specific aesthetic effects of each render engine, albeit on this one very particular example, so I stuck with same default HDRI for the render.

I hope someone may find this useful sometime. 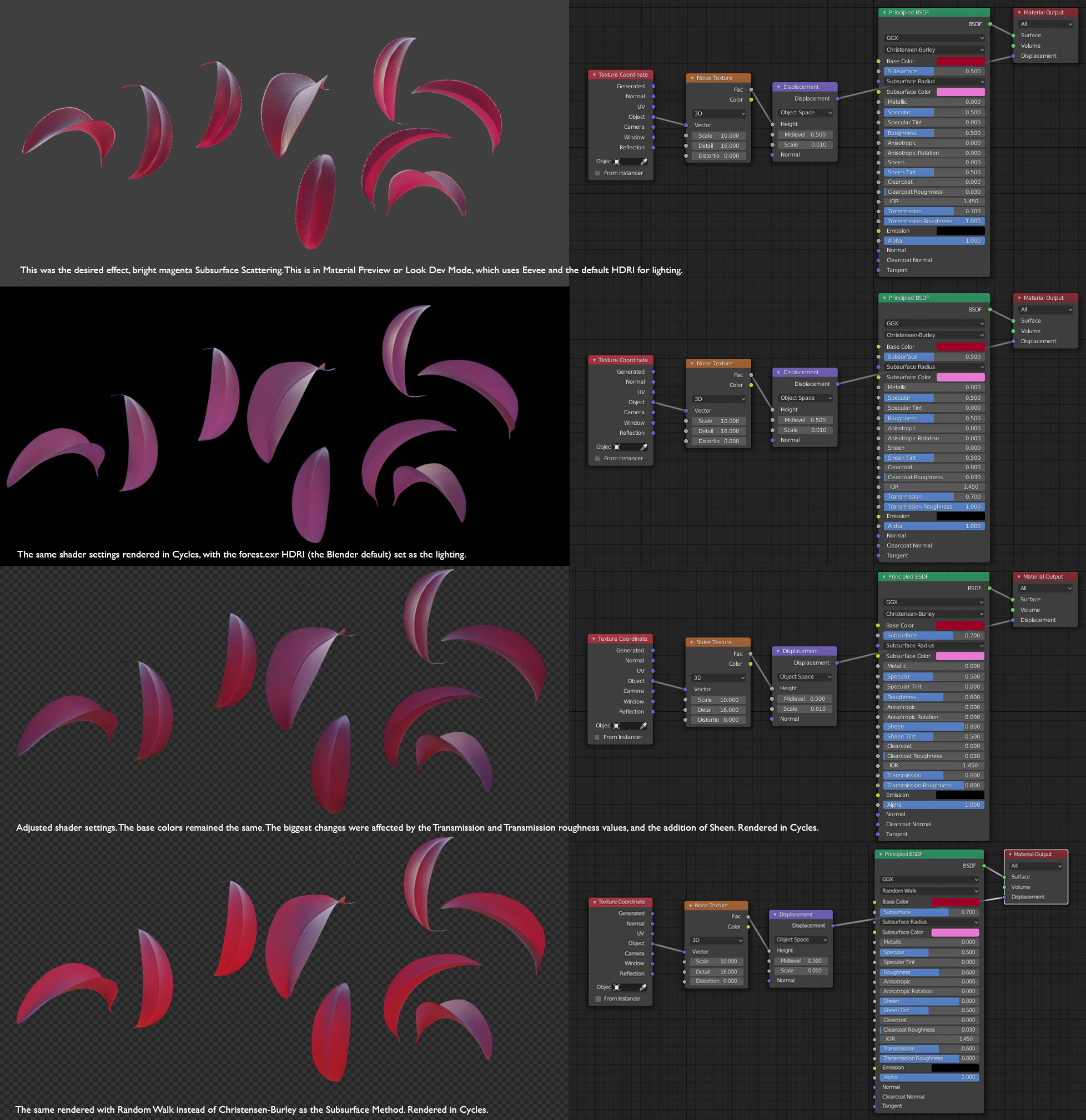 Not the answer you're looking for? Browse other questions tagged cycles-render-engine eevee-render-engine subsurface-scattering or ask your own question.

6
Realistic vegetable shading
0
Rendering proper materials
0
EEVEE subsurface scattering (SSS) causes artifacts/banding
2
How to make the windows material transparent so that I can see an image through it?
4
How do I create a two sided plane with subsurface scattering for modelling leaves and foliage?
7
How do I recreate this translucent/subsurface material?