How to get a smooth transition between two objects. Two perpendicular cylinders

I'm trying to create a smooth transition between 2 objects. I thought I would start simple with 2 cylinders.

In the image below, I have created two cylinders, one slightly smalller than the other. I have simply used a boolean union, which I have applied. After this I have used a subdivision surface, to give it a smooth transition between the two. The issue as you can see is that it creates an undesired optical effect.

Am I modelling this the wrong way? If so, what would be better? 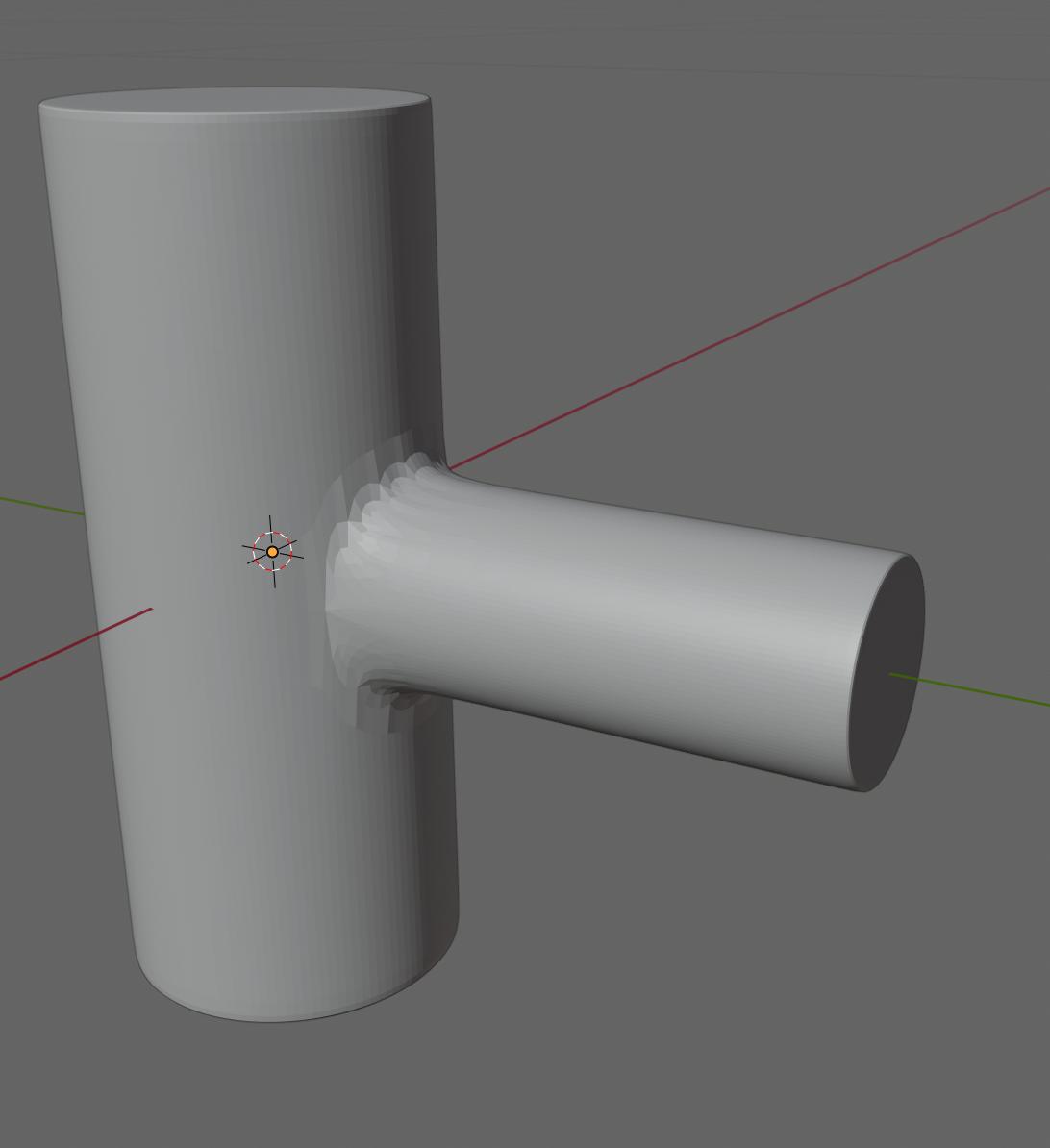 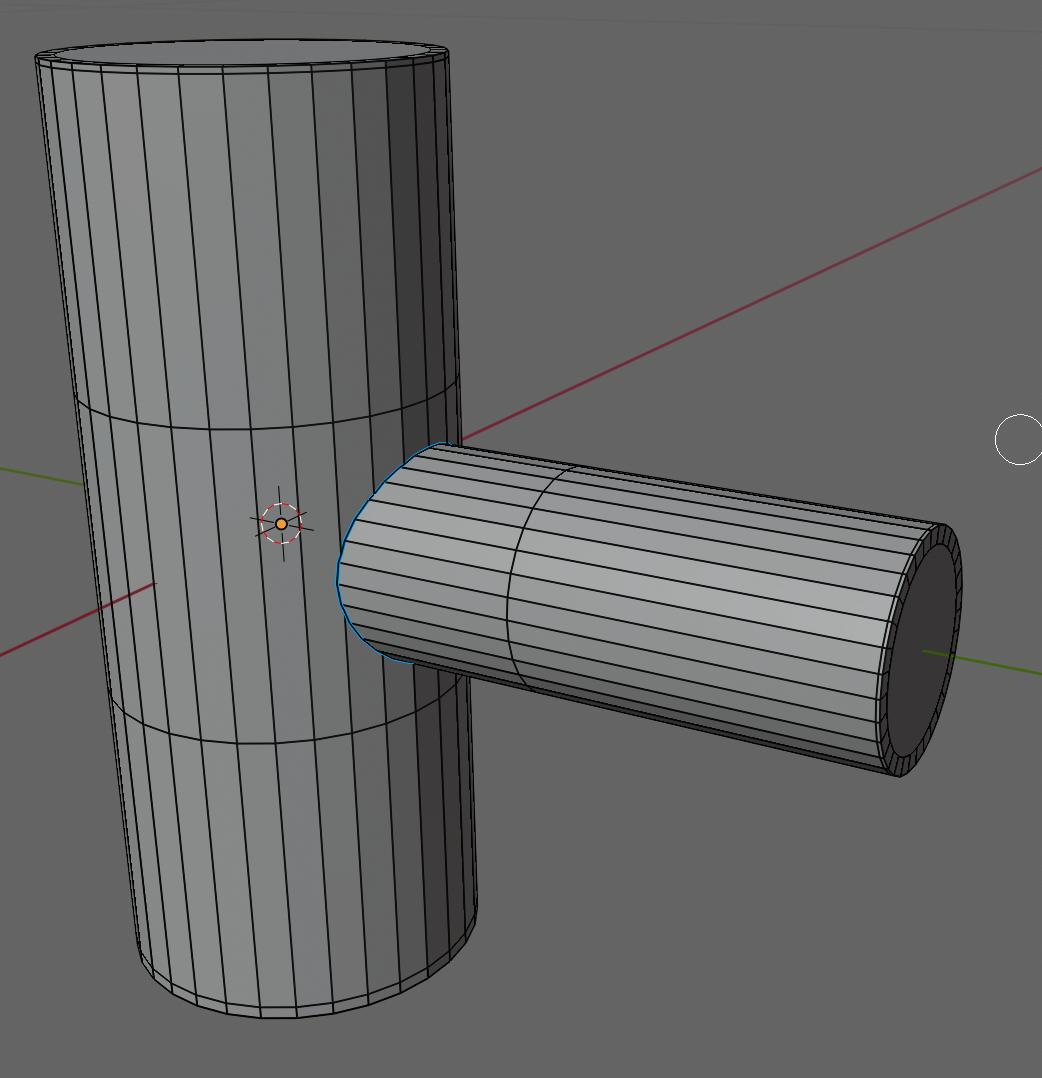 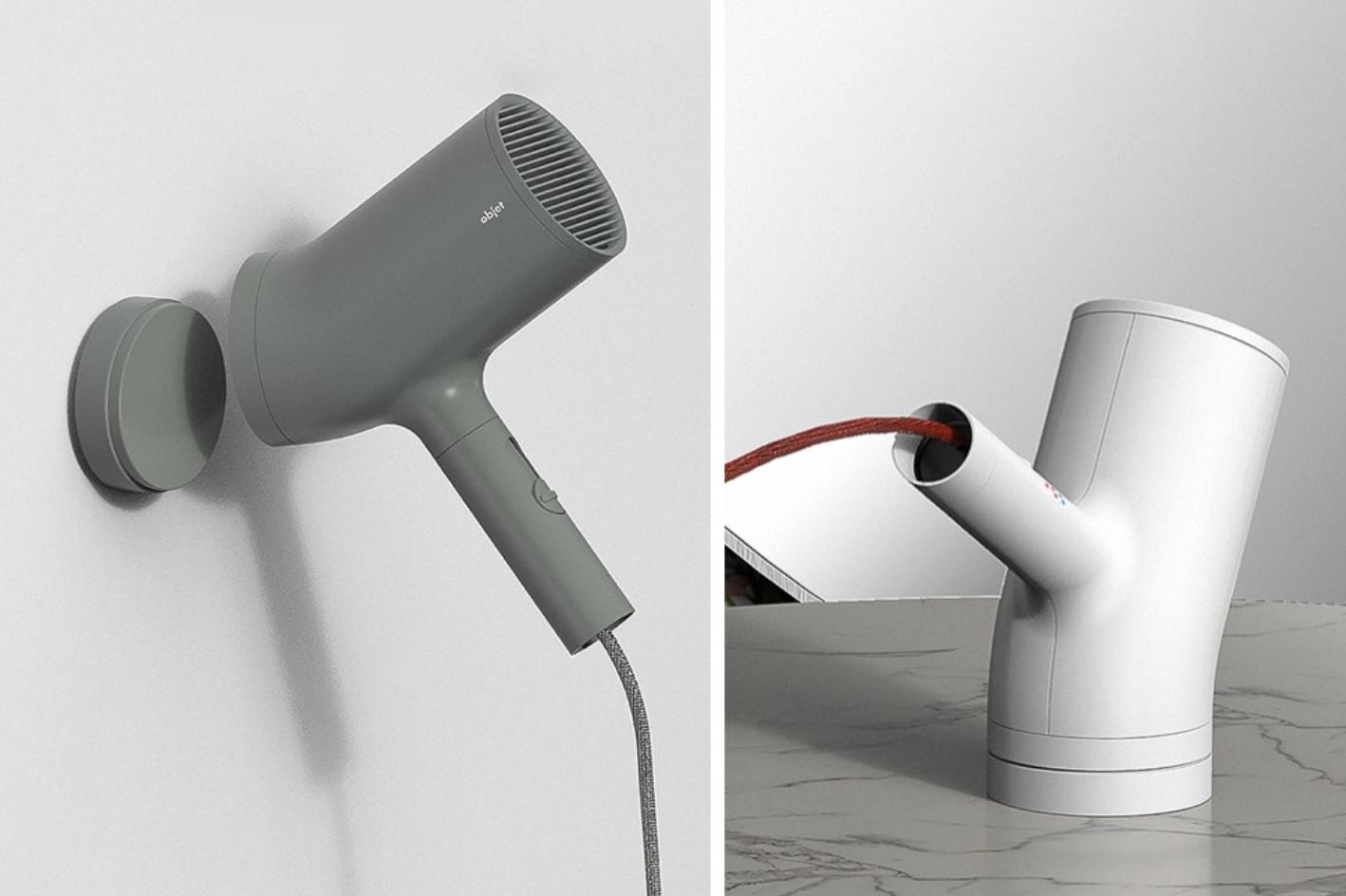 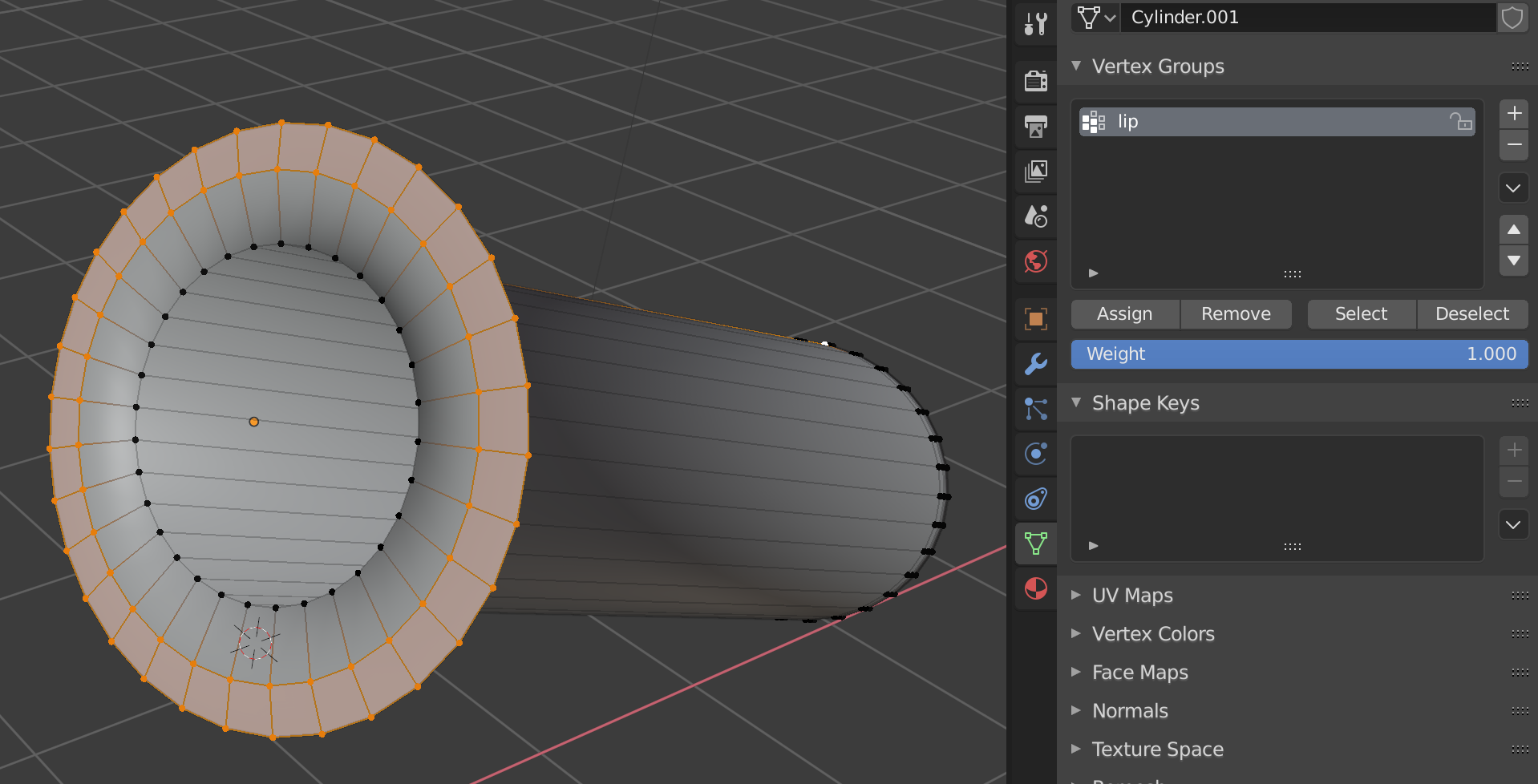 BrunoBruno
3,21044 silver badges1717 bronze badges
$\endgroup$
add a comment  |
0
$\begingroup$
Want to improve this post? Provide detailed answers to this question, including citations and an explanation of why your answer is correct. Answers without enough detail may be edited or deleted.

You could try sculpting the shape. I would either create a circle to use as a guide or if you are familiar with python, write a python script to sculpt it for you.

1
Extrude Curve Between Two Paths
3
animatable soft transition between sphere and cylinder
1
Align vertices between two edges
0
Why do I get an indent between two objects after adding a Subsurf modifier?
0
Boolean modifiers do not work, when boolean objects are in certain positions
4
bevel modifier not working on mesh
0
How can I take these two meshes and properly mold them together proportionately like the reciever of a gun?
2
How can you smooth out the transition between these two objects so that they appear seamless?