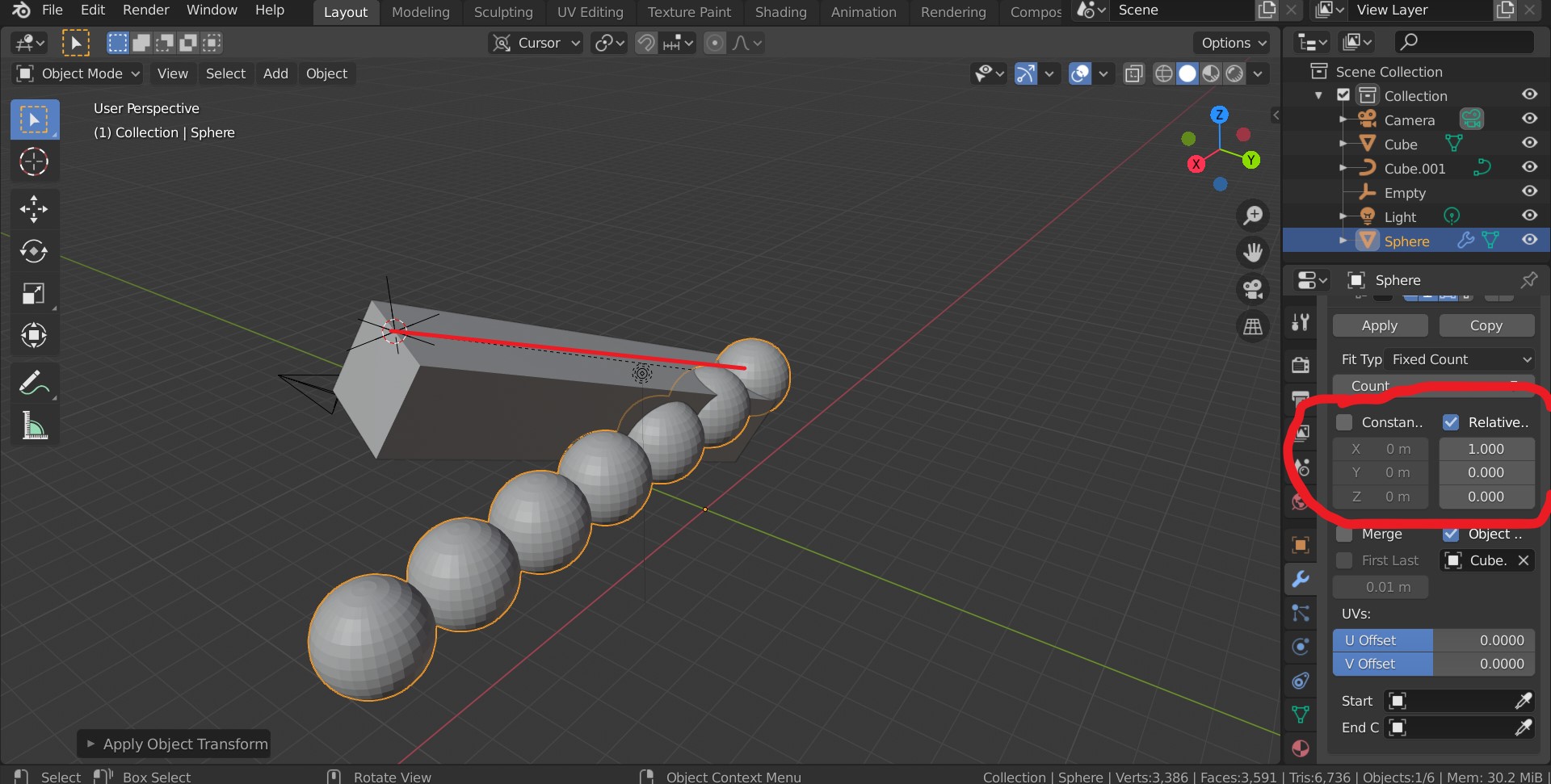 I want to make array from sphere along line i marked red. I've already converted it into curve and choose it in "object" box of array modifier - didn't help.

As i understand, the coordinates of array modifier i marked red are global. Is there any way to make them different (local, for exemple)? 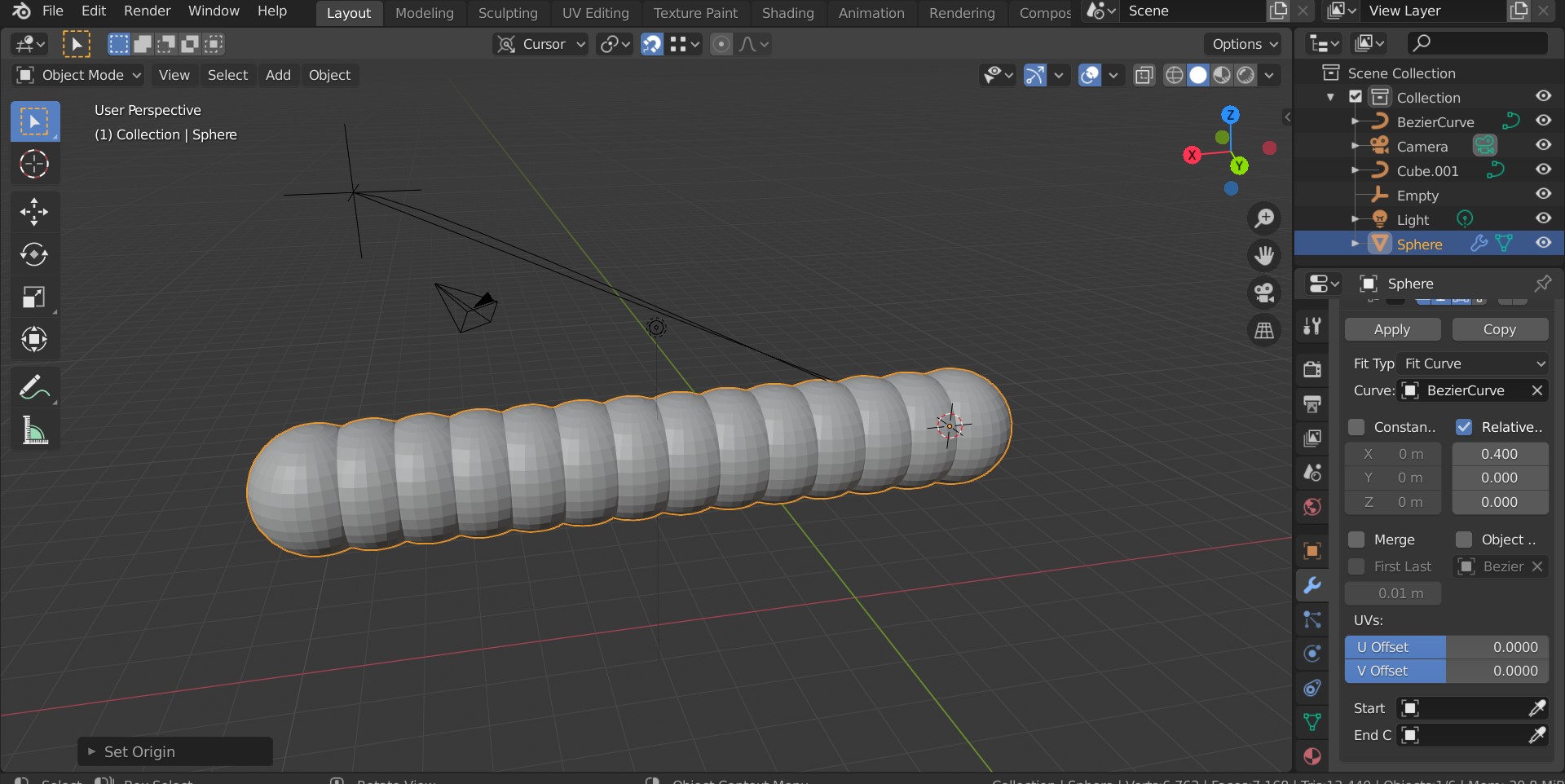 Curves in Blender are very particular and finicky. Lets say your curve is the Child of another object and that parent object is rotated, you try and array something on that curve and give it a 'curve' modifier, Hmmm its a no go. But if you array some object along a curve that has NO/NOT any transforms and parent it with 'curve deform' then you can translate the curve or curves parent how ever you like. As far as the Array modifiers 'Fit Curve' option goes, that arrays stuff just along the length of the curve - no more or less. If you can clear transforms on your objects and try the CTRL+P > Curve Deform, that will get you where you need to be, if not then try to parent the array object to the curve using 'Path Constraint', you may have to invert your array offset.

1
Make an array follow curve in the BGE
3
Can I make the array modifier work on global coordinates?
0
Array not looking smooth in render along a path
2
Array isn't following edges of curve
3
Is it possible to have an array with a curve modifier AND follow path constraint?