Why does the same material looks brighter/darker on another object?

I have applied all transforms, recalculated normals, unwrapped every piece. While trying to maintain pixel density (first ever modkit so correct me if I'm wrong but it is the faces' size on the UV map).

Still, the two corner piece on the left are brighter. Driving me crazy...! Edit: tried both eevee, cycles Any idea as well as comments, critiques are welcome! Thanks a lot!

The problem seemed to come from the orientation of the UV unwrapped faces.

I didn't have the same textures, but replaced the missing 2 textures with concrete and stone wall textures to check. First i could not find the problem, as shading, normals and even custom normals did not help. Then i unwrapped the 2 parts from scratch and gave them more seams to have a clean unwrap, not the "Smart UV Project".

I then made sure the selected areas were given each the materials to have a similar result as was shown in the question: 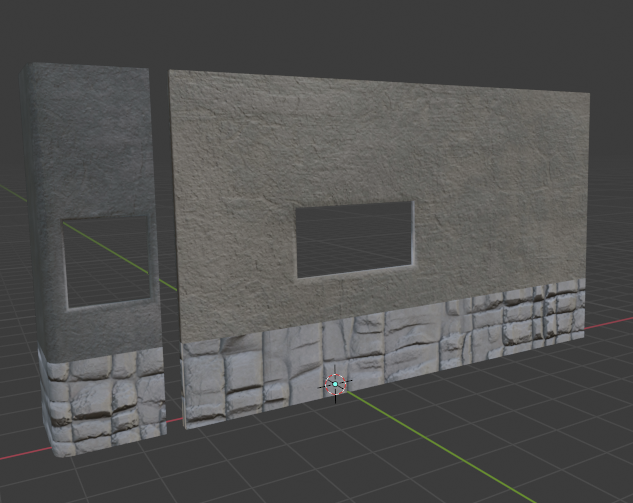 Using a sun light to check the shadowing of the wall sections, the smaller one always seemed to be reacting exactly the opposite way then the big one.
When i pointed the sun on the walls the smaller one became dark, and when i directed the light away it became bright.

As of that moment, considering that i tried all the other options mentioned, i had only one other idea: UV map.

I selected the UV map of the small corner wall and rotated it by 90° by selecting all with A and then pressing R followed by typing in 90 and confirmed it with Enter, the process shown below:

The result was this: 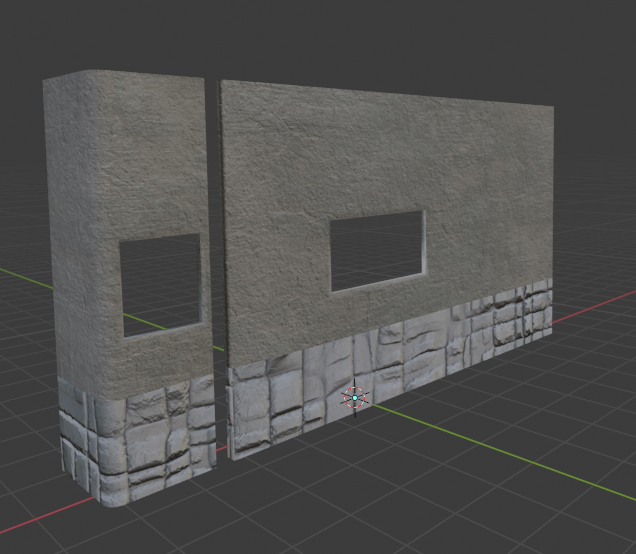 Also regarding the pixel density, i believe the easiest way would be to select all involved objects after they are unwrapped, go in UV Editing and select all elements A, to then use the "Average Islands Scale" function in the UV menu: 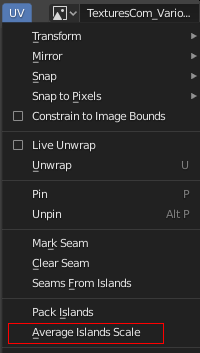 Not the answer you're looking for? Browse other questions tagged modeling mesh uv shaders or ask your own question.

7
Why does refraction + volume scatter cause a much darker result?
0
One object darker than another
3
Why an object looks darker after Applying Scale and how to fix it?
0
Why is there different shading on the same material
0
Why the same object looks different in render / solid view?
0
Material does not react to light and looks shadeless
2
Dragon Project: Unwrapping issues
1
Texturing models in Blender