After improving my animation, render time has increased drastically

So I was doing the doughnut with cup of coffee scene from BlenderGuru's tutorials, when I tried rendering the animation (which was basically copied from what he did), it only took an hour maybe, but after some dedicated improvements that were made by myself, it takes half an hour to render one frame out of 160...

Of course I looked for solutions over the internet, I've tried changing sub samples and sampling options, messing around with tile rendering sizes, light paths and so on. These only saved me a couple of minutes, but it's just a simple scene or is this how it is with the life of rendering?

Just in case, when I added my own things, I wasn't even able to render anything properly, because Blender would just freeze my laptop and forced me to reboot it. So I fixed it by going to registry editor and increasing decimals for something. Maybe this is related with my slow rendering somehow? 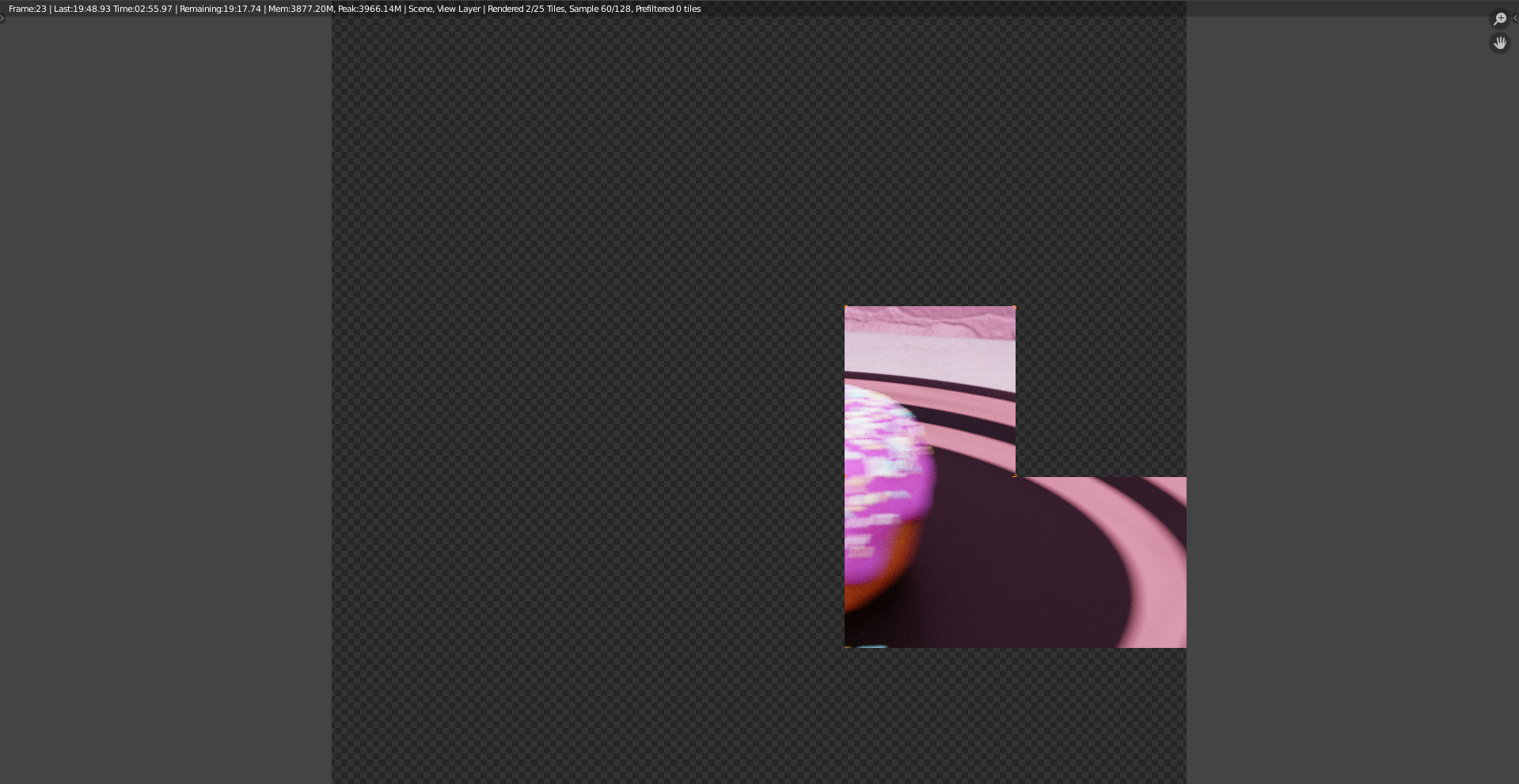 here you can find a way to check what area of the screen takes more to render: https://blenderartists.org/t/any-way-to-generate-a-render-time-heatmap/1161497

Render layers node is used in combination with Color ramp to show the longer pixels to render.

Another way to check what is slowing down your render is to disable all objects and re-enable one by one and check render time (and eventually crashed too).

10
How to get accumulated render time of animation
1
My render animation has no color?
2
How to play the animation after it has been rendered?
0
Colors/Lights drastically different in render (2.8 Eevee)
0
Trying to render with GPU only, but uses very little of it
4
Cycles render time increases drastically upon adding simple planar backdrop