So, first off, I'm a software dev who probably shouldn't be messing with blender, so be gentle.

I've got a complex 3d model here, with about 25 discrete components (a spaceship). I've realized that I need the pivot point to be somewhere in the cockpit, so I can rotate the ship in 3d space without the camera flying out of the side of the ship. (Currently the pivot is around a point in front and below the model).

So, I tried the trick of setting only origins to transform, and then using the gizmo to move the origins. Problem is, it only works if there's a single component selected, I can't mass move the origins to where I need them (I have no idea which origin unity picks up). And moving the origin of the container object doesn't work either.

How can I set the origins for this model? 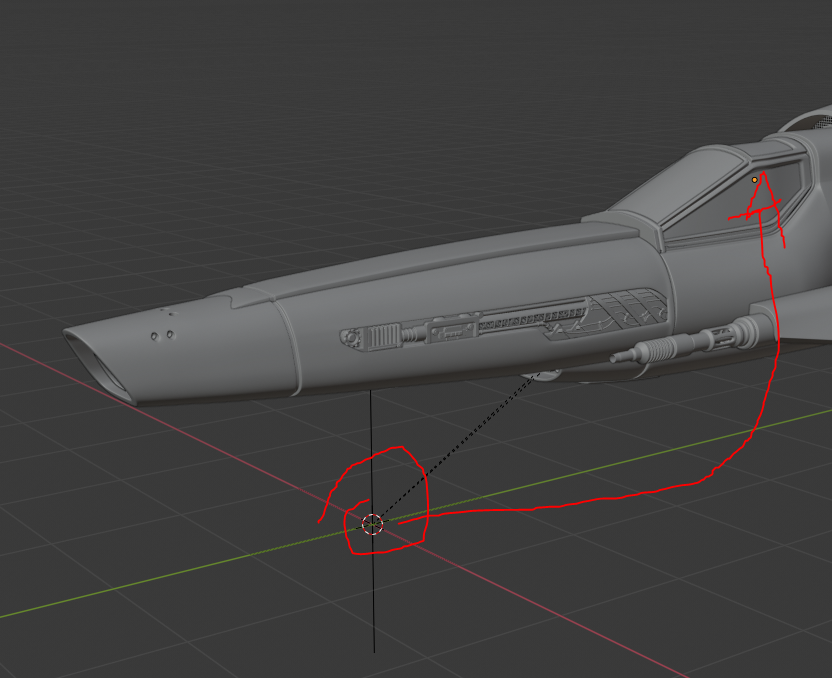 Just to illustrate how to change origin for multiple objects at once as @Delagone suggested.

Not the answer you're looking for? Browse other questions tagged origin or ask your own question.