Glass being very odd in blender

Recently, I've been trying to make a donut and coffee using blender guru's tutorial. However, earlier today, I made a change (though I'm not sure what exactly), which caused my glass material to act very strangely. It now distorts everything behind it in an odd way, has very large black bars on the edges and the fluid behind it cannot be seen it all. It's also casting a shadow, which seems odd. I don't know what settings I changed, nor do I even know the nature of the problem. I've tried increasing light paths to the maximum, but that just makes the bars on the side turn gray. I was playing around with the cycles render settings earlier, as I couldn't figure out why it wasn't working in the viewport (It was simply paused) If anybody has advice or a fix, that would be much appreciated. I'm an absolute beginner to blender, and would rather avoid scrapping my first ever project (Though more due to time than sentimental value). 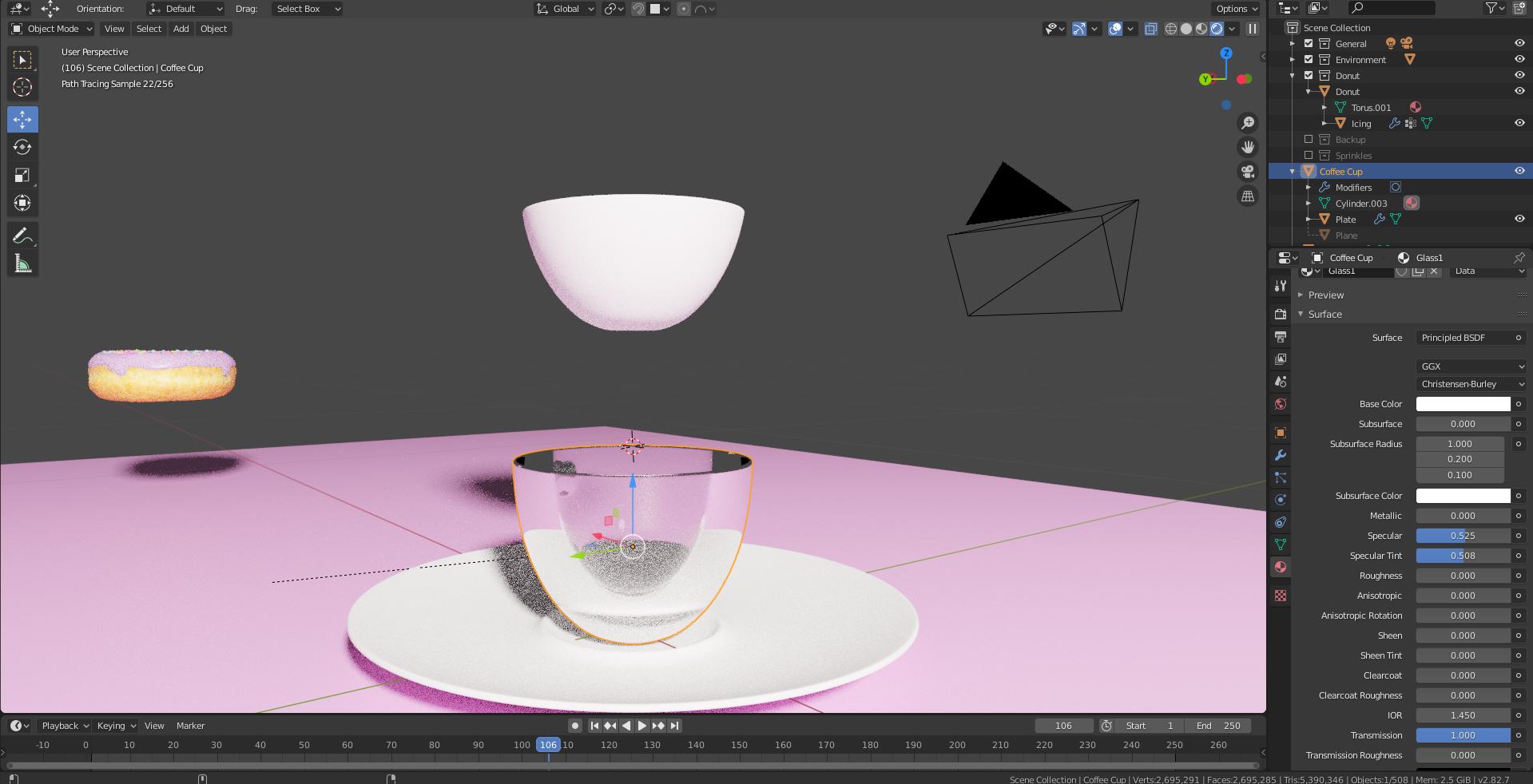 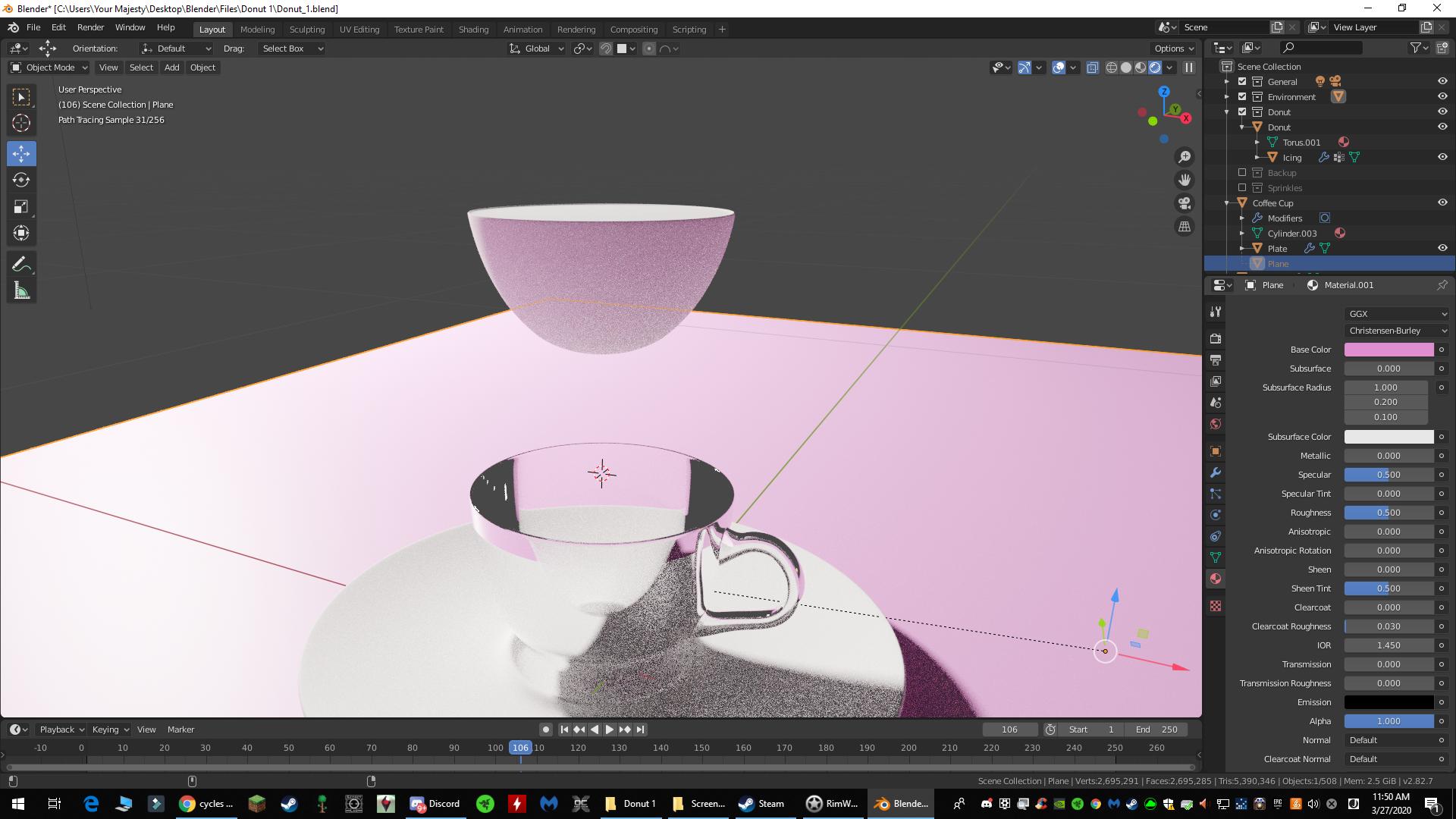 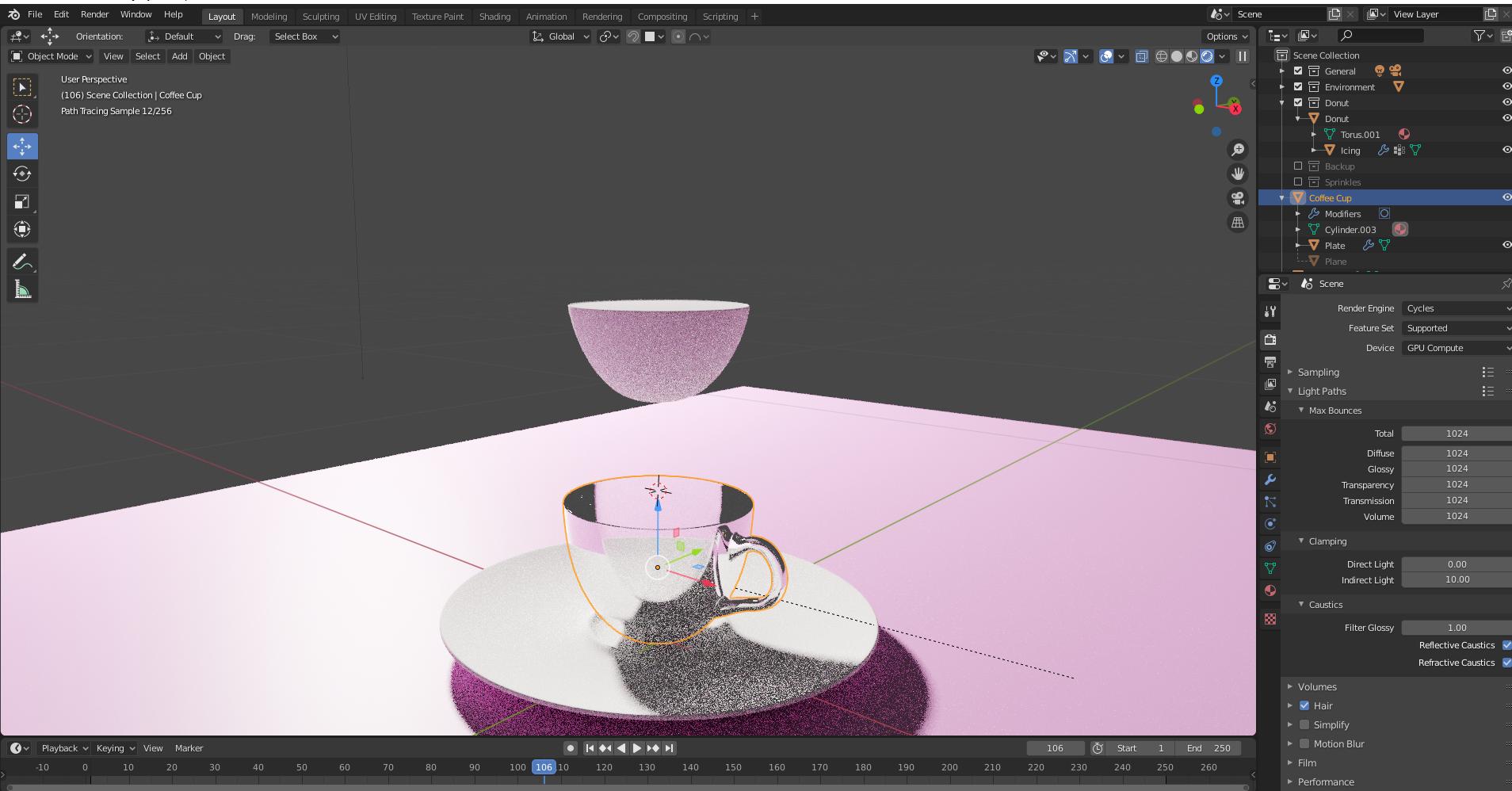 Make your cup, go into Edit Mode with Tab, press A to mark all lines.

On the top left behind the Edit Mode line in the menu Mesh > Normals Flip. The whole ⇧ Shift + N shortcut did not flip for me.

Not the answer you're looking for? Browse other questions tagged cycles-render-engine materials glass or ask your own question.