My last post of this was marked as a duplicate for glass shaders. I want to make explicitly clear, I am NOT asking for glass shaders. I'm doing a bit of archviz for a buddy's bathroom remodel, and I want the windows and reflective surfaces to show a background without it darkening the scene. In 2.79 you could set the object ray visibility, but that seems to have been removed. (As shown in this post; Plane to only reflect object?) I know I could use view layers, but next to a window is a glass plane that reflects the environment, and I don't know how I'd composite that in. I've also added in an external ground plane to get some ground color bounces. By the end result, I want the brightness afforded by the background plane NOT being there, but have it appear in the final image and reflections. Note the reflection in the glass 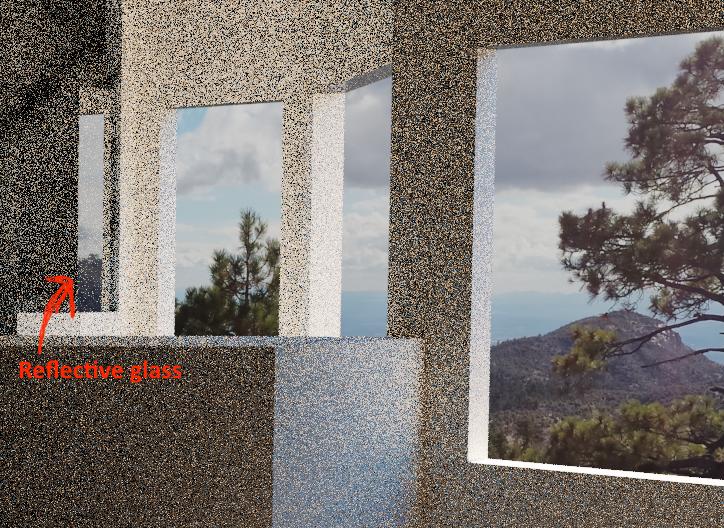 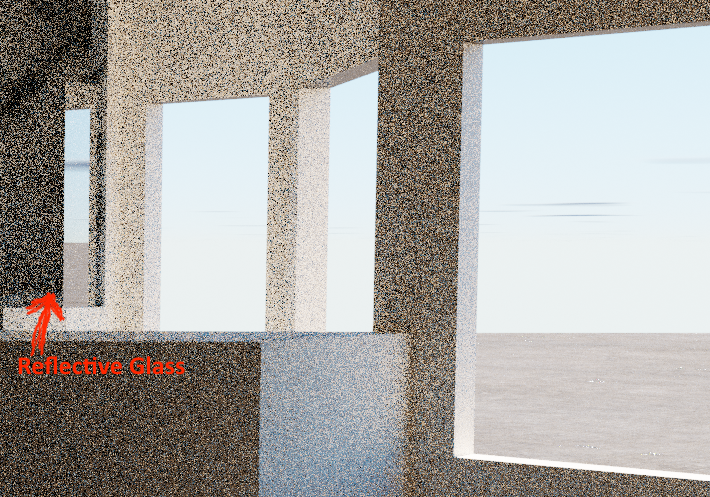 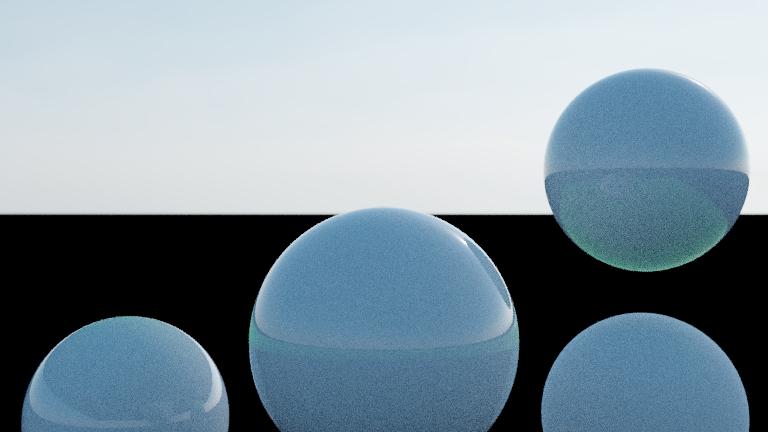 Is it possible you're on Eevee (doesn't look like it from the noise), but that hasn't been removed: 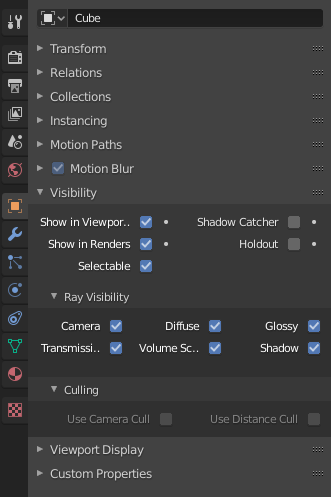 Huge thanks to Frederik, I must've been in the Eevee mode or something, because that option was not there, thanks for pointing it out. Making the plane glossy only very slightly darkens the scene, but not nearly as much as otherwise, while still giving me the reflections I want and then I can simply use the transparent option in Film under Render properties to make the sky alpha and composite in another view layer with the background image to get the end result I want.

Not the answer you're looking for? Browse other questions tagged cycles-render-engine light compositor render-layers or ask your own question.

2
Plane to only reflect object?

8
Remove reflection of one object from another object?
2
Glass, transparent to background video
3
Why don't light emitters reflect light?
1
Material emitting one way for interior scene?
5
Isolate light cast on a surface through glass
1
is it possible to make a reflection sit at infinity, like a reflex sight or a HUD?
0
Creating transparent glass with an image texture w/ alpha channel