I’ve set up my material using all these nodes, which also has an image texture Node, I’d like this material to be applied on other objects as well. but to be able to change the image texture on the object(s).

So rather than clicking on the Plus icon, which will add new material and I have to redo the nodes up again.I click on the Icon NEW MATERIAL (indicated in Teal colour), so I can duplicate the existing material Node set up and assign it on another object(s).

So I add a sphere to my scene. Now when I try to change the image texture on the sphere, It also affects the rectangle as well. So what ever I add in the image texture node its affecting both objects. So how can I have the materiel node set up, but to be able t control each objects image texture separately?

I had the impression that by making a duplicate of the materials it becomes an entity of its own, so you can affect the object you choose without altering the appearance of the other one since it’s a new instance, and has a different name, e.i: Material Start, Material Star.001, they’re both named different to target each object differently. 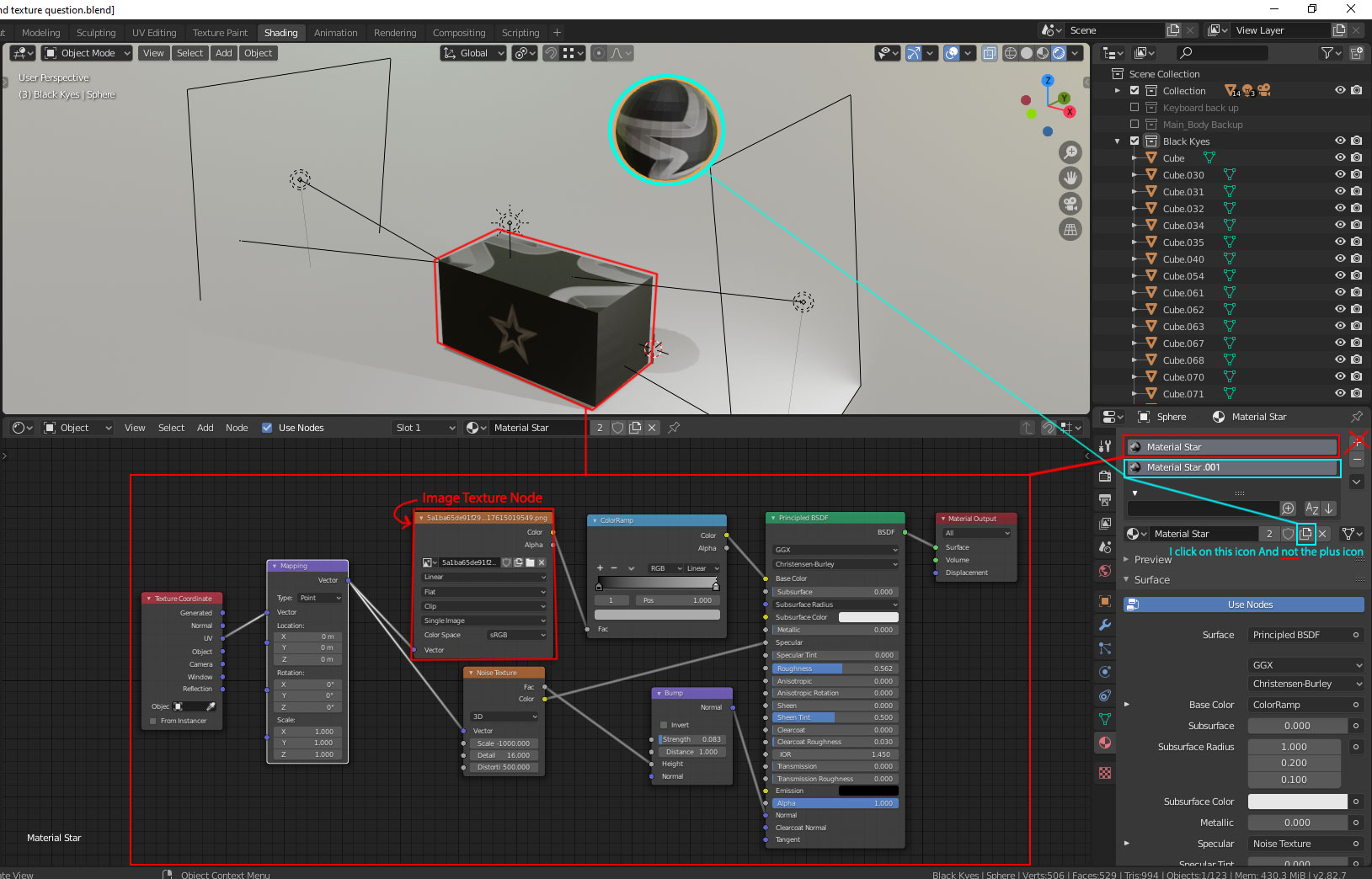 It's true that making duplicate material, the new material is a new entity. But what you may miss is since you have multiple materials in an object, the object may still use the same material as the sphere. Try this:

I click on the Icon NEW MATERIAL (indicated in Teal colour), so I can duplicate the existing material Node set up and assign it on another object(s).

You don't have to do this to be able to assign it for another object. You can just select other object, then click the material icon next to the name field, then choose the previous material with the node set up. Note that Blender doesn't save unused material (indicated by 0 in front of the material name when you click materials list), means the next time you open the file, they won't be there, so instead you can just make sure the material is used by an object to not disappear later when you open your file. OR you can also preserve unused material by clicking the shield icon (fake user button) next to the duplicate button, so it is saved even though no object is actually using it. 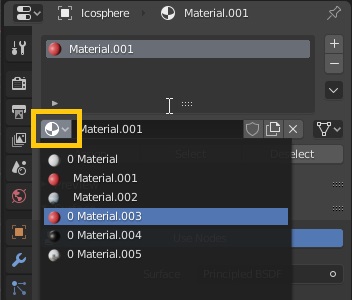 3
Copy a node-based material to another object, and then freely edit the second one?
2
How to put an Image Texture over a material in Cycles
0
Material Node Problem
24
How can I convert a node made material into an image texture?
0
Customizing array objects with shared material
3
Multiple instances of same image node?
0
Material - Duplicate then Unlink Material from Original