I am fairly new to Blender. I have been unsuccessfully attempting to create a curved cylinder (i.e. a pipe) to follow a curve path. When I go to Geometry > Bevel > Object > Bezier Circle (applying it, as all the videos and guides say to do) I end up with the image below. For some reason whenever I move the vertex point(?) it does not move the piping around like all the video guides do. Instead, it extrudes the object and creates the monstrosity you see in the image.

Far left object is the path with the Bezier Circle applied. (Path next to it is pre-bevel application).

As you can see in the path (far right) with the bezier circle applied, it works fine, so long as I do not attempt to move the pivot points [vertex point?].

Basically the goal is to create a path that I can then apply the object bevel (circle) to it. Creating what looks like a pipe. 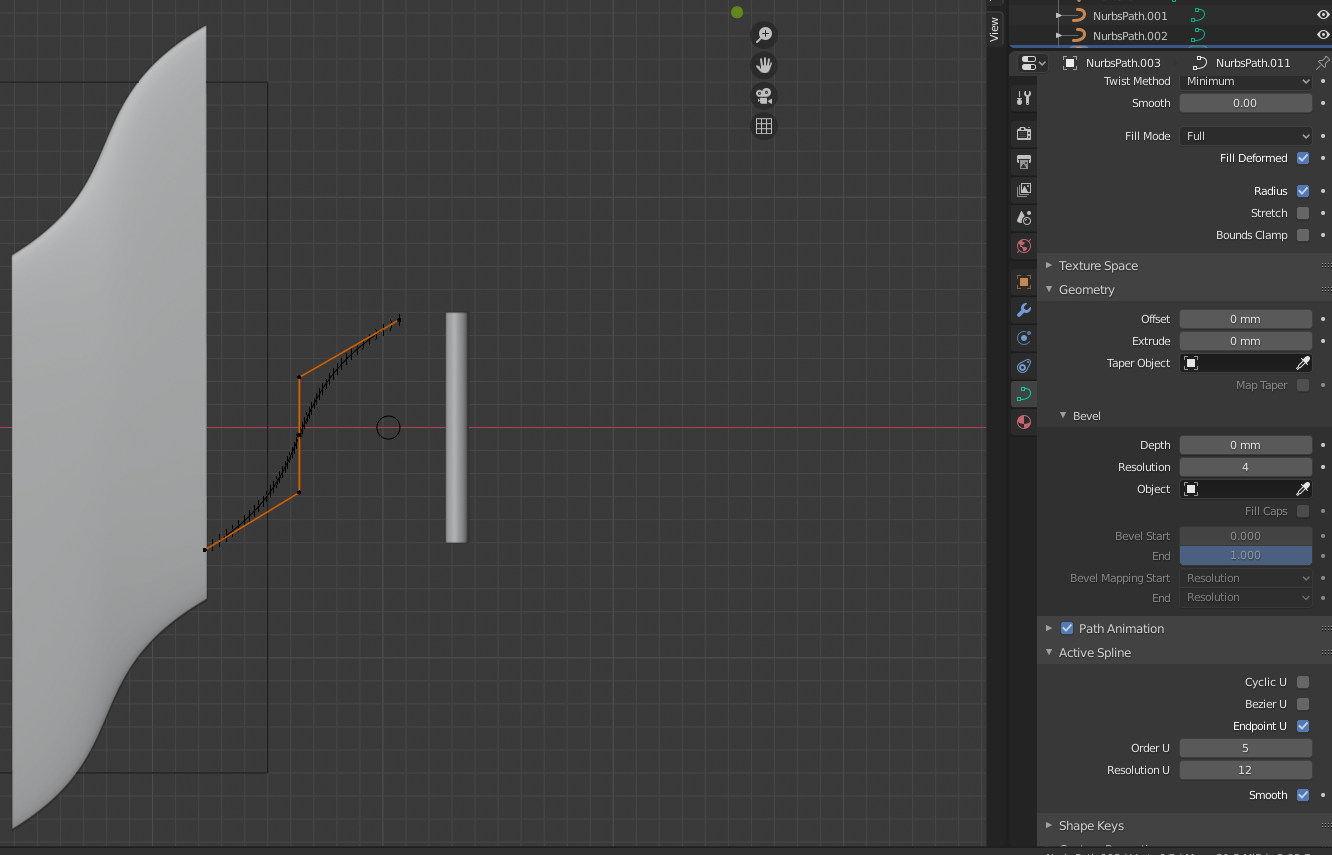 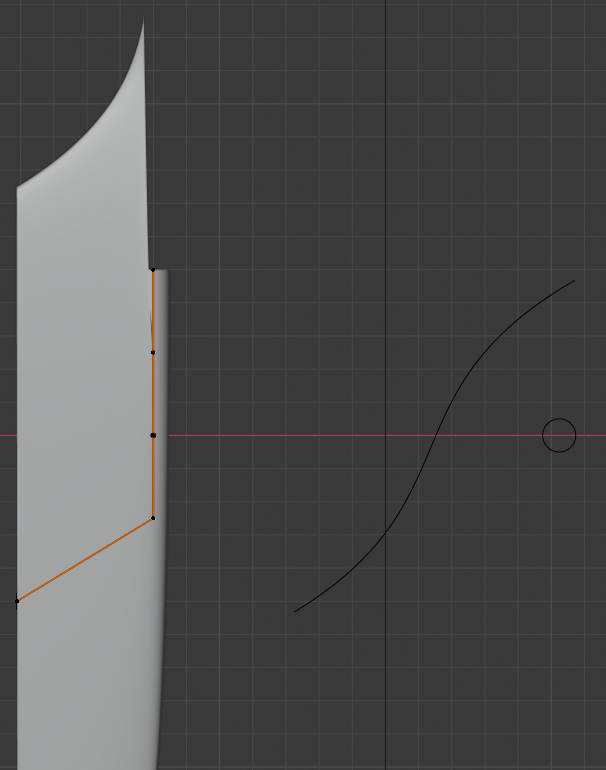 Checked out the file and was first rather surprised by how fast any slight movement of a point from the curves made a mess. Then if you think about it, small movements resulting in a very big mess very fast ... there is something wrong with the translation of action and reaction .. yes the scale.

I checked and pretty much all curves even the circle (responsible for the size of the pipe diameter) had it's scale not applied. Or shall i rather say it was scaled in object mode, which is something pretty much everyone does and regrets later, more so when working with curves. 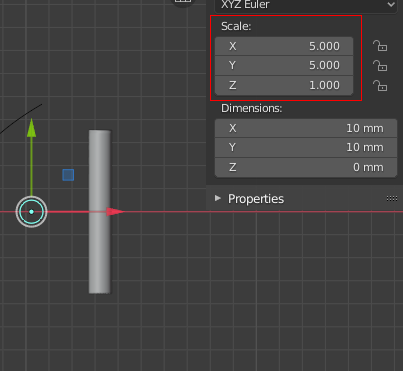 Shows that the circle was scaled and the new scale was not applied, which for a straight path does not result in anything other then a thinner pipe.

Now to the curves/paths.
There are a few things that need adjustments: 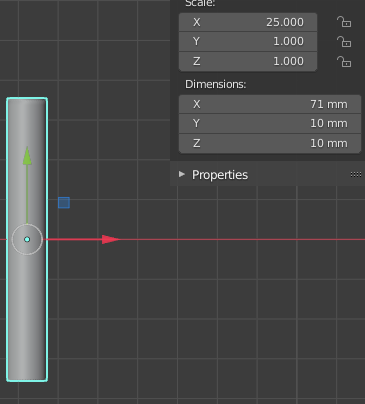 Here how it does look now: 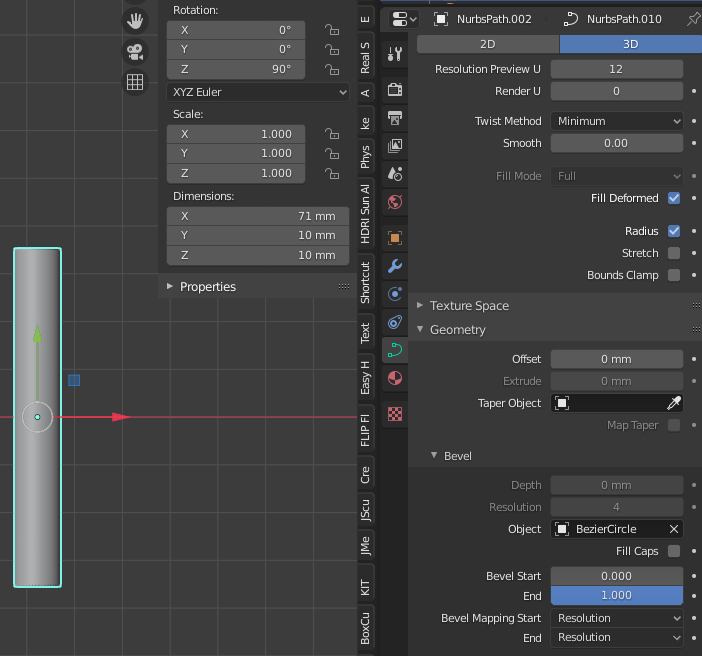 Now there are some settings you need to deactivate that only show their effect in edit mode, assuming that you want to have the pipe start and end with the path/curve and not generate a circle (endpoint connects to the startpoint, responsible for some of the weird shapes).

With this all done you can now move the points and get the expected results like shown here:

Ok long story short, scale is very important to pay attention to, if you want to adjust the sizes, it's recommended to do so in edit mode. Rotations i would also consider to adjust edit mode, as it can also cause issues, especially with the profile curve.

The other curves may have one or more of the same issues, but i believe if you followed the steps you should be able to handle those yourself now. Just beware, there you need to scale only in one direction. 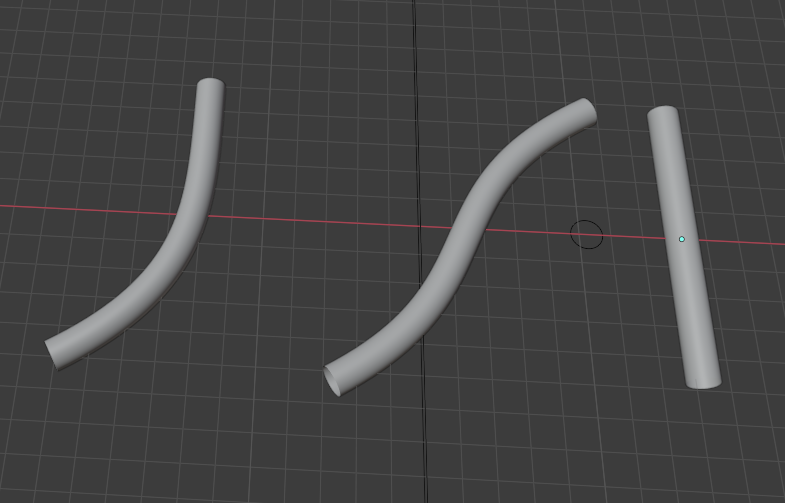 All the steps you could have saved yourself by starting over with scale in mind, but since we are supposed to learn from mistakes, i believe it's good to know how to fix things and understand what caused the problem along the way.

Not the answer you're looking for? Browse other questions tagged bevel path or ask your own question.

0
Why can't I create a pipe from this curve?

0
Merging a path to another object
2
Object / Edge Bevel with angle other than 45 degrees
12
Modeling a twisty tree: How do I twist a beveled curve?
1
Blender 2.8 Python , Bevel from shape not working
1
Constructing a swept solid