Spiral array but with fibonacci sequence

I am trying to make a sunflower. The seeds in a flower grow in a spiral. Whenever I add an array spiral and make it follow the curve, it doesn't seem to look quite right. This is because it doesn't follow a Fibonacci sequence. How can I fix this to look more like the real thing? How can I make my array follow a Fibonacci spiral without running into spacing issues?

My current pattern with the array modifier following the spiral curve: 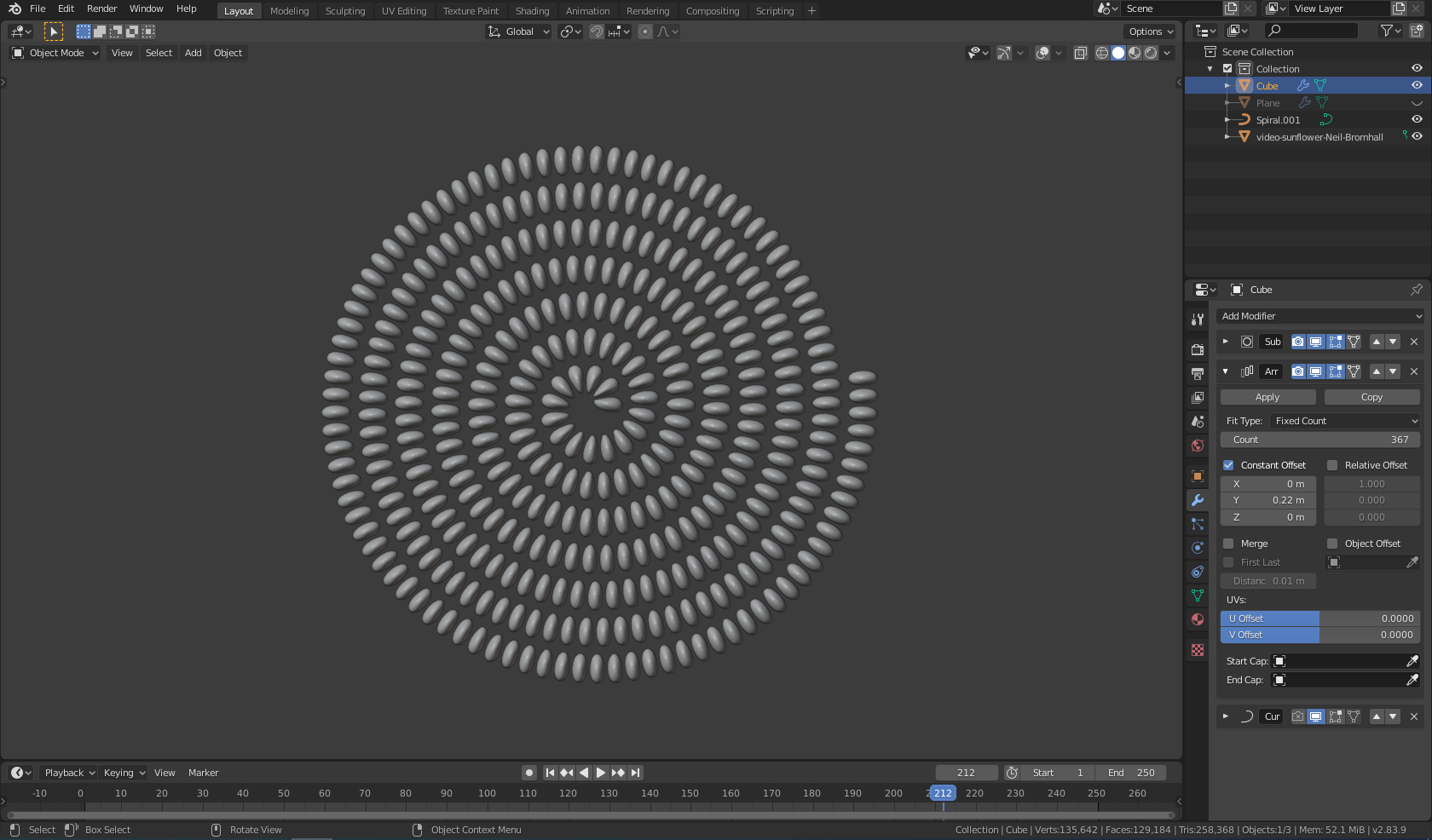 The pattern I am trying to create: 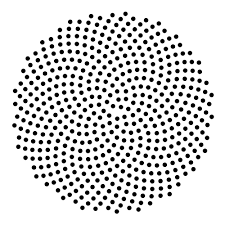 Pasting the following code will create vertices in the distinct pattern, however it will not place any specific objects instead of those vertices. How would I go about modifying the script so it will place down an object instead of a vertex?

Similar to the dupli part of answer here, https://blender.stackexchange.com/a/163958/15543 and using the fibonacci sphere from Closing "Fibonacci's Hole"

Since I already had it: Grabbed the code from https://gist.github.com/batFINGER/64db074e95b716f839a71882b7efcc50 appended code below to make a 2048 point Fibonacci sphere, added an ico sphere, (pick up your own seed object) make it a child and dupliverted it to the sphere.

Set the normals of the mesh to the radial direction from origin.

Here is one made of Suzannes, removed all verts with negative z coord, and scaled the sphere to one tenth in z.

Not the answer you're looking for? Browse other questions tagged scripting modifiers objects transforms mathematics or ask your own question.

32
Organic yet accurate modeling with the golden spiral
27
Closing "Fibonacci's Hole"
1
How can I efficiently duplicate a large amount of objects?
0
how can, I make this hole with array modifier?

7
Array Modifier creates something that exports as single mesh, how to create same through group/parent/etc?
15
Keeping Bezier spiral curve handle tilt perpendicular to a specific axis
2
Curve modifier, deformation only on Z axis
1
How do I use the Curve Profile > Helix (3D)
0
Boolean operation between a form and a spiral
0
Making a necklace with the curve modifier
2
Problems with making a domino effect