How can I freestyle render outlines but remove the object itself?

I am working on a project that requires the freestyle lines render set. I am creating a 3D floor plan and would like to overlay dotted lines as the "walls" of the building. How can I render the outline of a certain object, but neglect the faces?

Any and all info would be much appreciated!

In order see the freestyle lines of an object through or behind another object one needs to combine the rendered images of separate collections in the Compositor.

But if you want to simply make a single object invisible so only the freestyle lines would be visible (or in other words: neglect the faces), then in most cases you can just uncheck a box, depending on what Blender version and/or render engine you are using.

Properties > View Layer properties > Filter, and uncheck the box next to Surfaces

With EEVEE the above option seems not to be available, but you could make an invisible material instead 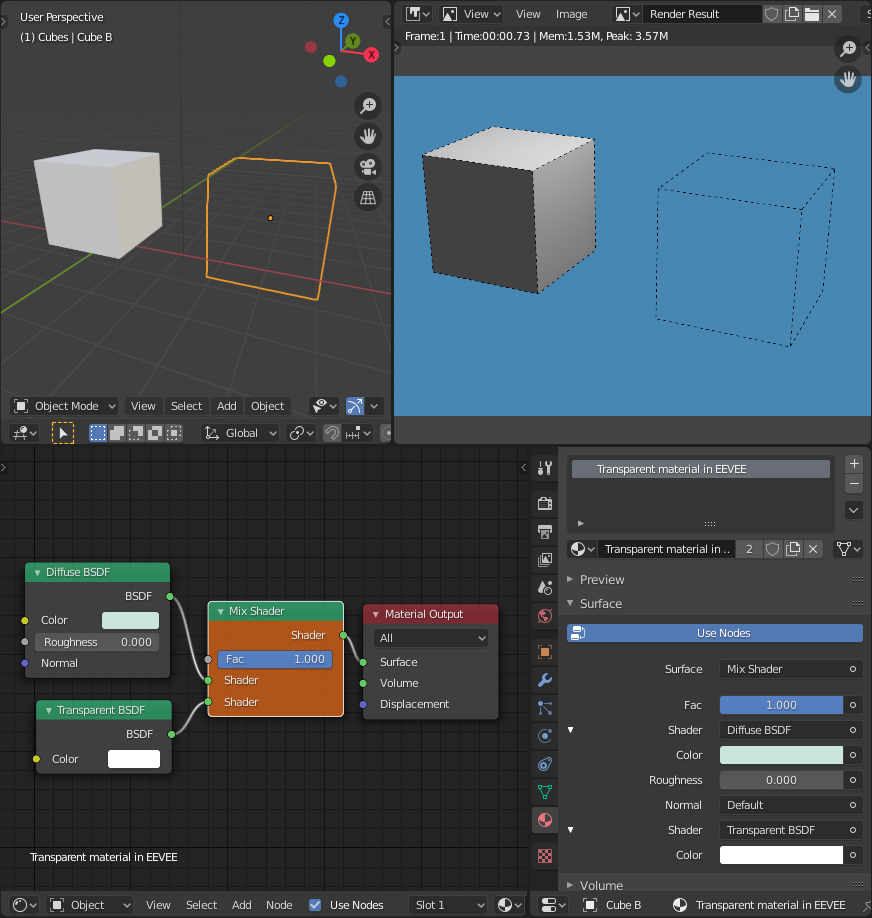 And if you wanted to see the freestyle lines on the edges on the back of an object, the back relative to your current camera view, (to neglect faces even more) then you'd have to use a second Freestyle Line Set. First one that will render lines with Visibility: Visible, and also one with Visibility: Hidden. 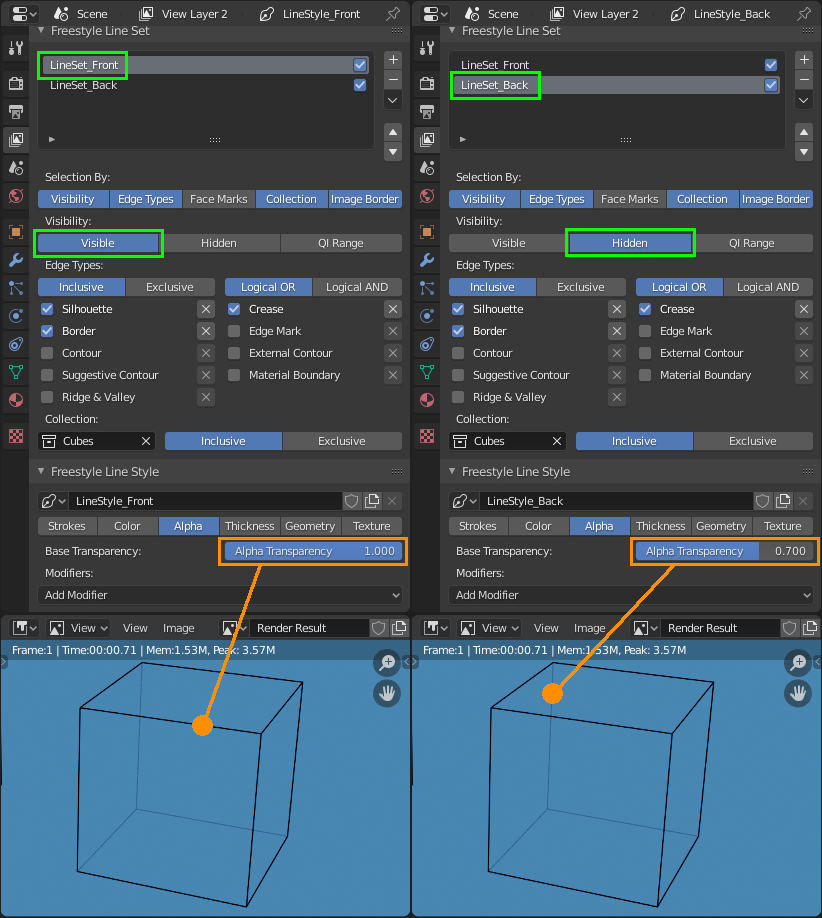 If you are using older versions of Blender or render engine, uncheck the following boxes to not render your objects (and only see freestyle lines). 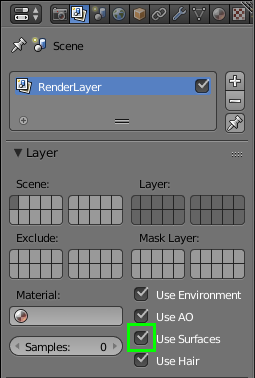 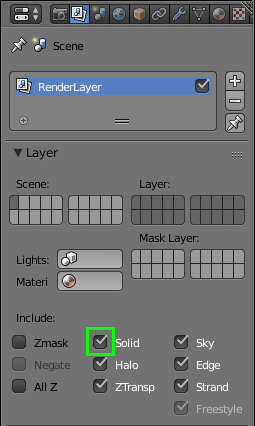 It looks as though you want to make the walls transparent to the floor, but not to themselves. (They're occluding their own back edges)

For maximum flexibility, you can set Cycles to render a separate Freestyle-only pass on transparent film ..

EDIT: 2.91 .. I think the filter selection is now negative: what's required is to uncheck all filter options, with Freestyle switched on.

.. link your walls and floors to separate Collections ... here, named 'Solid' and 'Transparent'.

Create a View Layer for each Collection. Deactivate unwanted collections in the corresponding layers as shown above. Each layer gets its own Freestyle Line Sets, which can be set to pick up Visible, Freestyle-Marked edges. Then you don't have to worry about transparency in the Line Sets themselves, because you're using the Compositor to overlay them:

This will increase rendering time a little (is this for still images?) but you can set the samples down in Cycles quite a way, 32 seems to give adequate anti-aliasing on the lines. 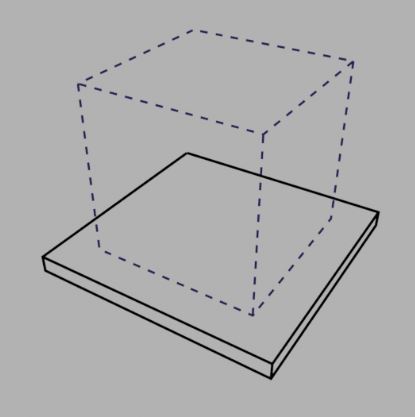 You can blend objects with world background using the same color.
Then just uncheck Visibility in Freestyle settings.

As of Blender 3.0, it is now possible to have Freestyle render to its own render pass--though it isn't immediately obvious how.

Go to your view layer (not render) properties, and select the "Freestyle" tab. It is, for me, the third one down. In it, you will have a drop down for control mode, "View Map Cache", and after that, "As Render Pass". Check "As Render Pass".

If you go to your compositor (and enable it by clicking "Use Nodes" at the top), you'll note that you now have not just Image and Alpha, but Image, Alpha, and Freestyle. Lead Freestyle to your composite out, instead of Image, and you'll have nothing but the Freestyle sketch!

Another way around this is to add a wireframe modifier to the object you want to "see through", set the width as low as possible and then add freestyle over it. Seems to work fine for my simple box approach, might not work with intricate shapes though.

6
Freestyle, render some objects with dashed lines and others with solid lines?
2
How do I get freestyle lines to render "behind" a mesh?
0
Any way I can remove everything except the outline?
0
Freestyle renders broken contours
1
Unable to create a dashed edges with Freestyle

0
Dashed lines (made with Freestyle) are rendering inconsistently
3
During render can I render freestyle lines, then re-insert them back into the scene so other objects may interact with them during their rendering?
16
How to exclude an object from Freestyle render?
3
How can render overlapped object's edge freestyle line?
1
Error: Freestyle Lines Ignoring Displacement