I have recently made a high poly lightsaber model with the subdivision surface modifier, and then duplicated and taken off the modifier to create the low poly version. I then created a cage, and baked a normal map from xNormal.

Overall, the low-poly with the normal map looks good, but there are still some pointy edges from the low poly mesh visibly sticking out. Here is a picture: 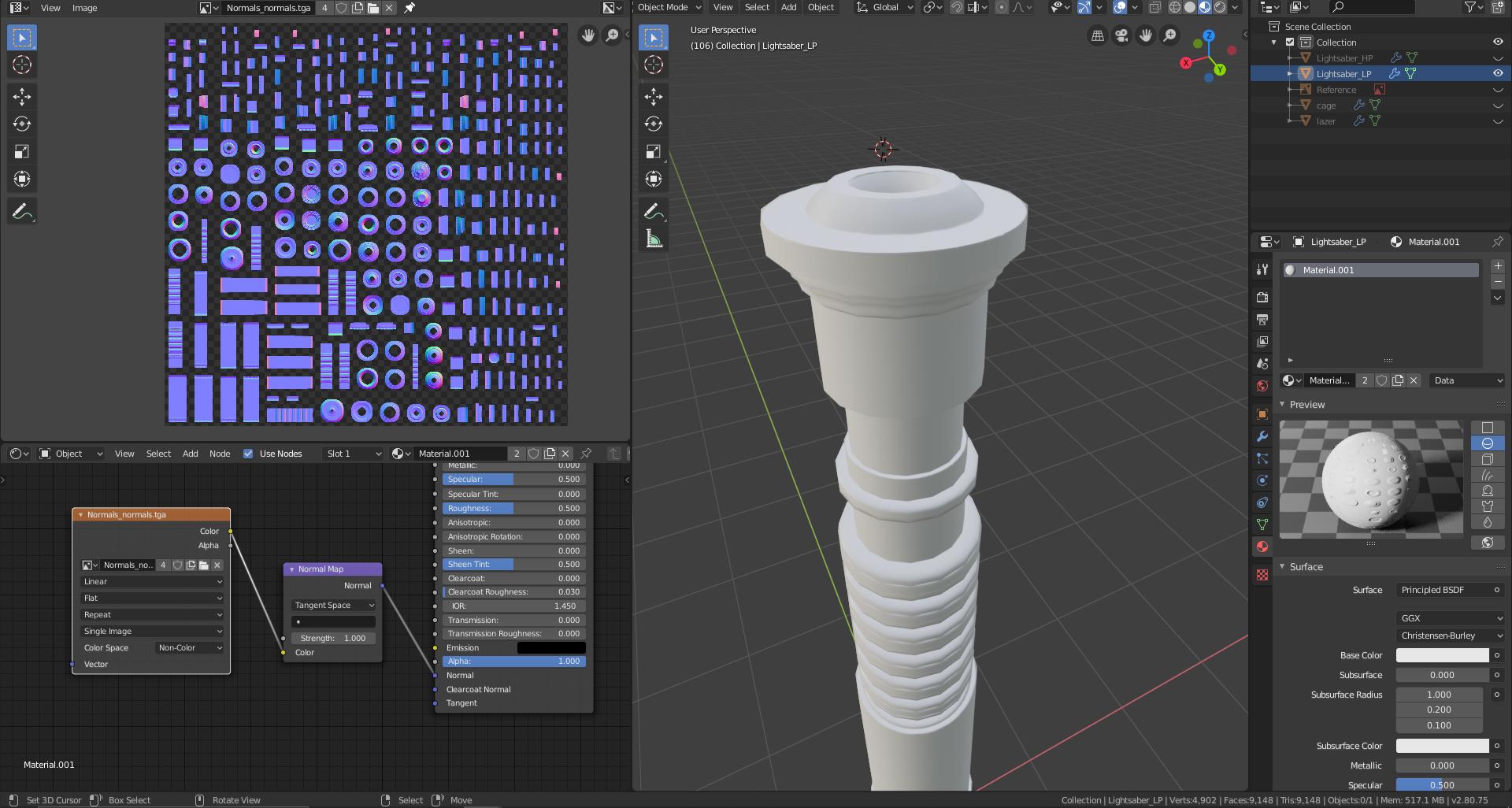 As you can see, there are still some rough edges, like on the top, and on the rings around the handle of the lightsaber. This is what the high-poly version looks like:

It looks even worse in a texturing program that I'm using.

I have made sure my normals are correct, made sure I was in rendered (Look Dev) mode, and changing the normal map resolution to 8k does not help. The low poly is larger than the high poly in some places because of the subsd modifier being taken off. However, the cage that I used covered both objects perfectly. So, how do I get the normals to apply to the low-poly mesh right? Any help is very much appreciated.

Browse other questions tagged texturing texture-baking normals baking or ask your own question.